This week, New Mexico in Focus looks at a problem that threatens to further strain New Mexico’s already overburdened criminal justice system. Correspondent Jeff Proctor sits down with two lawmakers to discuss the legal, financial and moral arguments in the debate over whether the state should release convicted felons who have already served 30 years in a lifetime sentence.

Correspondent Megan Kamerick talks with Alex Romero as he prepares to retire from over 12 years of service as the president and CEO of the Albuquerque Hispano Chamber of Commerce. They discuss the Chamber’s role in fostering economic growth in the city and the state, and the importance to the workforce of closing achievement gaps among Hispanic students throughout New Mexico.

Gene Grant and the Line opinion panelists debate some of the top stories in the news, including the prospect of mandatory furloughs for state employees, the fight over a possible soda tax in Santa Fe, and who loses if government officials blacklist some media outlets.

New Mexico in Focus is New Mexico PBS’ prime-time news magazine show covering the events, issues, and people that are shaping life in New Mexico and the Southwest. Hosted by Gene Grant, New Mexico in Focus takes a multi-layered look at social, political, economic, health, education and arts issues and explores them in-depth, with a critical eye to give them context beyond the "news of the moment." 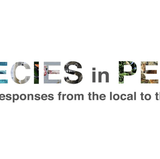