A new study conducted by The Mind Research Network (MRN) in Albuquerque found that youth 12 to 18 who commit homicide have very different brains than other serious juvenile offenders who have not committed a homicide.

The findings of the study, Abnormal Brain Structure in Youth Who Commit Homicide, are published in the peer-review journal NeuroImage: Clinical. MRN researchers applied sophisticated machine-learning techniques to MRI brain scans of adolescent offenders and were able to tell with an 81-percent rate of accuracy which brains belonged to youths who had committed homicide versus other youth. The structural differences in homicide offenders included reduced gray matter in the medial and lateral temporal lobes including the hippocampus and posterior insula. The temporal lobe regions are involved in emotional processing and regulating impulses.

University of New Mexico Psychology Associate Professor and MRN Executive Science Officer Dr. Kent Kiehl, who is senior author of the study, said these findings have serious implications for understanding some of the root brain problems that could lead youth to cross a line and commit violent crime.

"As policymakers grapple with the high societal, human, and budgetary costs of violent crime and incarceration among young people, it is within the power of neuroscience to help understand the brain abnormalities involved," Kiehl said. "Then we can create medicine and behavioral therapies to reduce the likelihood of these violent crimes, or in a perfect world, prevent these crimes from happening at all. It is my hope that these findings will lead to the ability to better understand at-risk kids before they commit homicide and put them on a different and productive path." 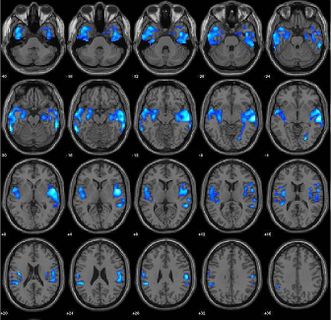 Is there anything ‘special’ about youth who commit homicide? Yes, there is according to new research at the Mind Research Network.

This research is the first serious neuroscientific study to examine brain differences in youth who commit homicide. Specifically, researchers compared the brains of 20 male adolescents who committed homicide and were incarcerated in a maximum security juvenile facility with the brains of 135 juvenile offenders who have not committed homicide but were also incarcerated in a maximum-security facility. The study included two additional control groups to help isolate and verify the forensic findings.

The study included volunteer inmates from New Mexico correctional facilities and was supported by funding from the National Institute of Mental Health. In addition, this research was inspired by conversations with the Avielle Foundation, which was created in the wake of the 2012 Sandy Hook elementary school shooting.