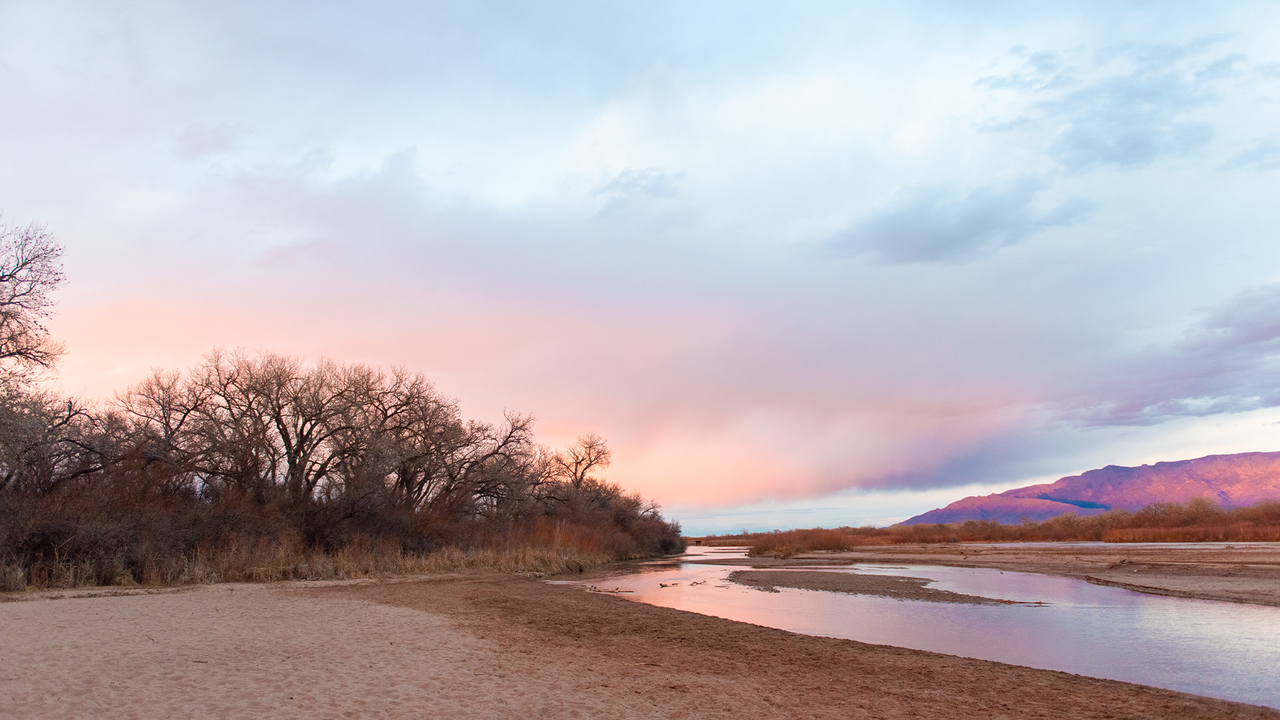 The highly anticipated State Water Task Force Report is flowing towards the public. After months in the making, dozens of sets of eyes, and waves of approvals, the Final Report of the New Mexico Water Policy and Infrastructure Task Force is on display.

Its goal is to highlight the biggest issues plaguing the state’s water supply right now, and ways to fix them before the water problems being created by climate change go from manageable to cataclysmic. 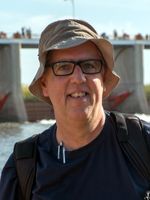 Water expert and University of New Mexico School of Law Utton Center Writer-in-Residence John Fleck is no stranger to the issues and the proposed solutions, having written three books about water in the west.

“Our water management, in New Mexico and across the west, is on the brink of a catastrophic crisis,” he said. “So there's really a need for voices who can help contribute to quality public discussion.”

Fleck and Utton Center Director ​​Adrian Oglesby were chosen by the state to provide analysis, edit and highlight the drafted report which came from the State Water Task Force.

“The less water there is, the more tension there will be,” Oglesby said. “At the Utton Center, we like to focus on preventive diplomacy, so that means trying to solve problems before they happen.”

With the Utton Center and university holding some of the top minds in water policy, both experts believe there is something to be said for UNM’s overarching desire to solve New Mexico’s water crisis.

“The Utton Center will be working going forward, helping legislators and the governor's office in moving these policy recommendations into reality,” Fleck said. “We’ll bring in people to talk about water-sharing arrangements. How do you come up with water sharing instead of fighting over water? We collaboratively do that.”

There were a lot of ideas emerging from the 29-member citizen task force. Composed of tribal leaders, water agencies, and people from the oil industry, this team was selected to come up with a set of water recommendations to Gov. Michelle Lujan Grisham and the State Legislature.

“We've never really had anything on the scale of what the task force has done,” Oglesby said. “I think at the state level it's probably going to be the most expansive water planning document in New Mexico.”

Once those priorities were established, Fleck and Oglesby provided support through policy analysis, questions and answers and report editing and writing. 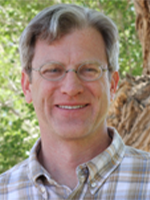 “The Utton Center is part of the staff support providing policy analysis to answer questions and that report writing,” Fleck said.

Running over 70 pages, Fleck and Oglesby combed through every line from this group to see what was recommended for the most valuable resource in the Southwest.

So what advice got the stamp of approval? Fleck says while the facts and guidance in the report are comprehensive it boils down to two major issues which need to be focused on.

The first highlight centers around clean water access. That includes simply getting water to small rural communities, keeping it clean and accessible, and providing functioning water systems to endure the test of time.

“New Mexico has one of the biggest water challenges. It is the challenge of getting clean drinking water in small rural communities,” Fleck said.

Whether it’s a tribal or non-tribal community, the need remains dire in many small towns outside the major cities in the state, and will continue to grow worse if the problem is not fixed.

That’s the case for To’Hajiilee, just 30 minutes outside of Albuquerque. This Navajo Chapter repeatedly experiences failed water wells, leading to hours of waiting for just one family. This community often has to have water delivered by truck–a situation which has been ongoing for years.

“A big part of what we talked about and worked on is how do you create the necessary institutional plumbing to get the money, and make sure it is well spent, to help these communities?” Fleck said. “There's all kinds of chicken and egg problems.”

The second, primary thing Fleck and Oglesby find daunting from the report ties directly into this cycle. How do you get clean water from an already limited supply, without the capacity to do so? Many state departments right now managing this crisis are dealing with the same staffing shortage the entire country is experiencing.

“The thing that is most consistent throughout the report is the lack of adequate human capacity both within the government and private sector. That is the primary underlying theme that exacerbates everything else,” Oglesby said.

Within the report, there are solutions for the lack of bodies and the ripple effect caused by that absence. It’s not all about federal funding either. Although the state is poised to divide $26 million in water infrastructure funding from the Environmental Protection Agency, there can’t just be a one time fix.

“We need long term planning, a real emphasis on state government capacity, having enough staff in the state agencies–jobs. There's not enough people to just do the work to administer,” Fleck said. “In order to effectively adapt to climate change, we need to up our game in terms of the institutions that we have in our state, local governments to manage.”

Statewide capacity to uphold what the money goes towards is the ticket.

That includes fully-staffed government agencies, unified management and proper, frequent data collection. All of that together, would establish an institution equipped to make large-scale changes and predictions.

The report also recommends a separate agency to achieve these goals. The proposed Water Infrastructure Project Authority would oversee water projects from inception to completion.

“We don't have anything like this from start to finish, cradle to grave,” Oglesby said. “The dream is that we would have an entity like that so they get built properly.”

It’s critical this counsel is not only effective, but feasible. That’s why state lawmakers are looking at it with a keen eye, to see what is doable in the near future and in upcoming legislative sessions.

“There are no wacky things that are never going to fly,” Fleck said. “There's some ambitious goals in it, but they're the kinds of things that are likely to get legislative support.”

Oglesby is hopeful about now being the right time.

“These are the best conditions I've seen for real action to come out of the legislative session on water in the last 20 years,” Oglesby said. “We are giving them all the tools they need. We have the money and willingness on the legislative side to allocate money for water issues.”

You can learn more about the critical water research underway at UNM at the Utton Center or Water Resources Program.

Read the full 50-Year Water Plan and learn more about the task force at the Final Report of the New Mexico Water Policy and Infrastructure Task Force .