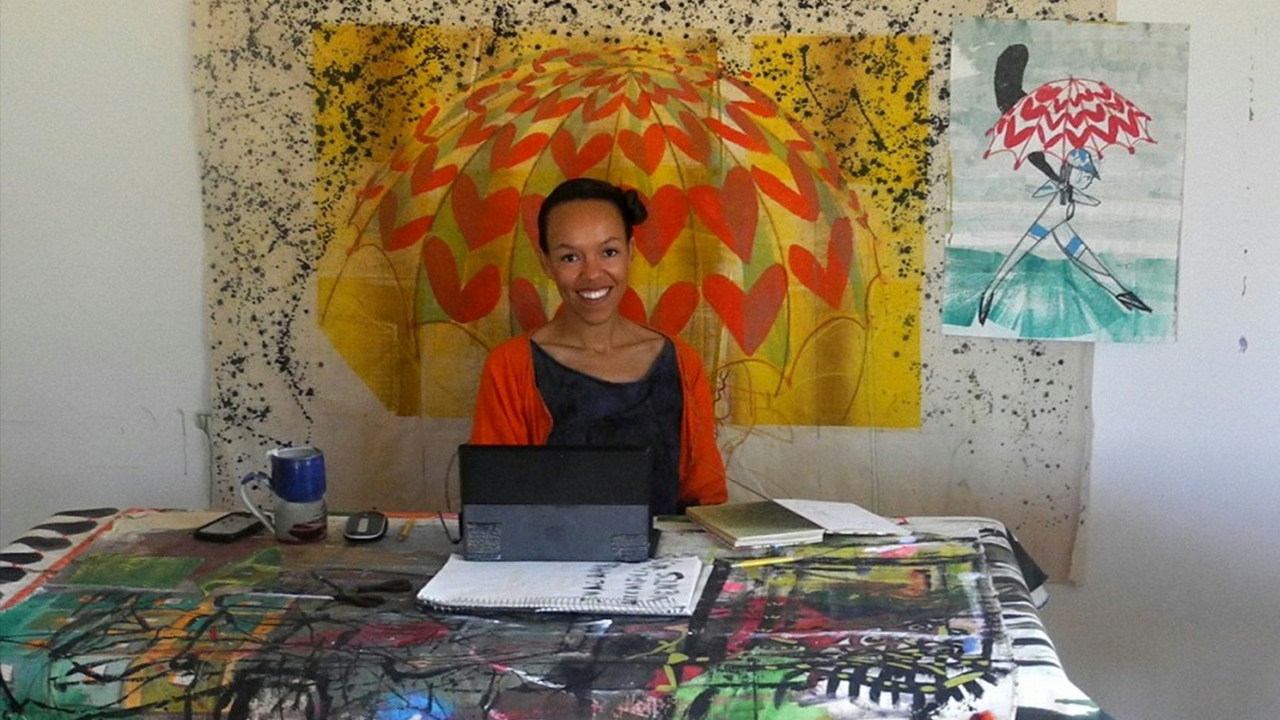 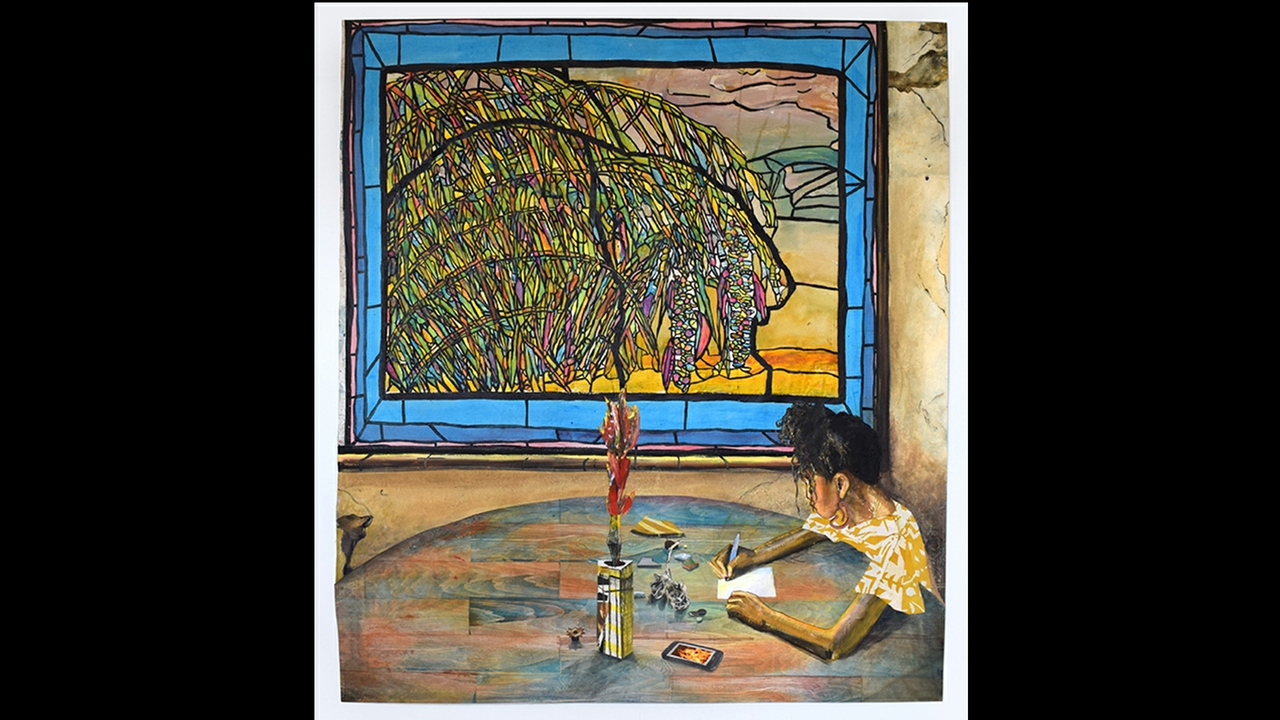 Paula Wilson has been selected by The University of New Mexico Department of Art as the 2021 Frederick Hammersley Visiting Artist. She is an African-American mixed media artist creating works that examine women's identities through a lens of cultural history. She uses sculpture, collage, painting, installation, and printmaking methods such as silkscreen, lithography, and woodblock. In 2007, Wilson moved from Brooklyn, NY, to Carrizozo, NM, where she currently lives and works. 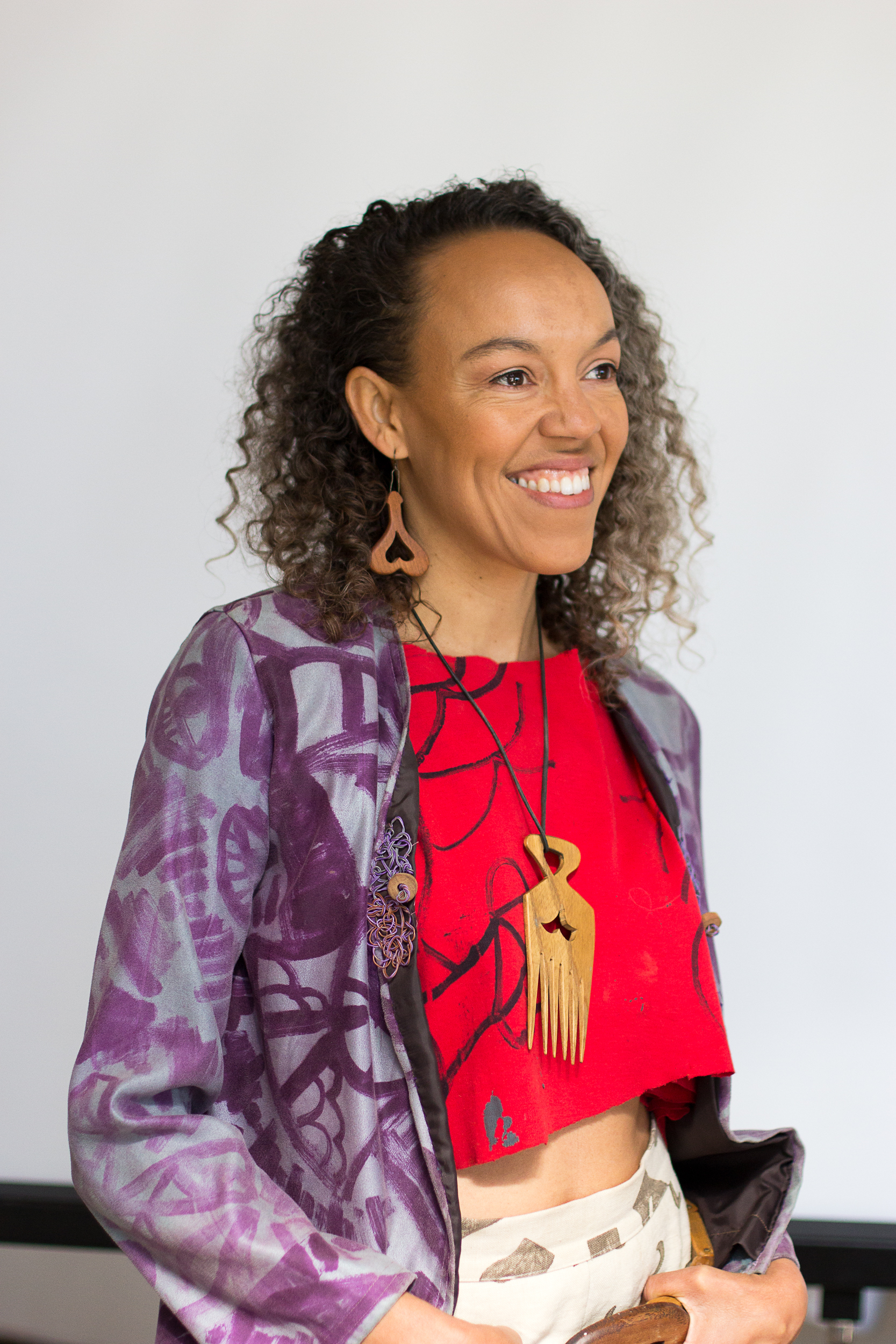 Wilson will be in residency at UNM for the Spring 2021 semester. She will give a public lecture discussing her process, influences, and experiences, and studio tour on Thursday, April 29, at 5:30 p.m. on Zoom. This event will be free and open to the public.

“In my light-filled studio on the UNM campus, I have been using unfinished past projects to build new pictures from the old. I have visited with MFA students and been impressed with their high levels of skill, thought, and sensitivity,” Wilson said. “After a year of lockdown, it reminds me how good it feels to be around art and people making art! I am grateful to Frederick Hammersley, both his art and life and the legacy of one artist helping another. ”

Wilson received an MFA from Columbia and a BFA from Washington University in St. Louis. She is a mixed-media artist who studies and sources imagery from different cultures, geographies, and times to develop a unified, visual language of her own. Wilson frequently combines printmaking, painting, sculpture, and video into her projects. Wilson works by collaging multiple forms of visual language together: ancient motifs, tropes from Western art history, and identifiers of her home in the New Mexico high desert. Wilson has repurposed visuals associated with Greek myths, Impressionist paintings, and styles derived from the decorative and domestic arts.

Wilson’s most recent solo exhibitions were Entangled at 516 ARTS Contemporary Museum, Albuquerque, NM (2019), The Light Becomes You at Denny Dimin Gallery (2018), Spread Wild: Pleasures of the Yucca at Smack Mellon, Brooklyn, NY (2018), and FLOORED at Williamson | Knight, Portland, OR (2018). She has been included in four exhibitions at the Studio Museum in Harlem, exhibitions at Skidmore College (2015), and Inside-Out Art Museum in Beijing (2014), just to name a few. She has been featured in publications such as Hyperallergic, Artforum, The New York Times, the New York Observer, and The New Yorker. Wilson’s artwork is in many prestigious collections including, The Studio Museum in Harlem, the New York Public Library, Yale University, Saatchi Gallery, and The Fabric Workshop.

Established in 2017, the Frederick Hammersley Artist Residency honors Hammersley’s legacy and influence as a painter, printmaker, and conceptual thinker. The program invites prominent contemporary painters from around the world to come live and work in Albuquerque. Through the establishment of connections to some of the most outstanding painters working today, the program hopes to honor the legacy of Frederick Hammersley and broaden awareness of his life and work.

Frederick Hammersley spent most of his life and early career in California, where he attained a reputation as an important abstract painter in the west coast art scene, and he became a prominent figure in the genre of mid-century hard-edged abstraction. In 1968, Hammersley accepted a teaching appointment at The University of New Mexico and taught there until 1971. After his teaching career, he continued to live and work in Albuquerque for the remainder of his life.

Through this program, visiting artists are provided with housing a studio near the UNM Department of Art graduate students. The visiting artists conduct studio visits with the Fine Arts Graduate candidates, hold workshops, a public lecture, and an open studio event. Funding for this program is made possible by the Albuquerque Community Foundation and the Frederick Hammersley Foundation.