By Chaouki Adballah July 01, 2015
Categories: For the Record Provost’s Office

Across the U.S. economy, women earn less than men. That pattern also exists in universities, and The University of New Mexico (UNM) is no exception. However, we have been and are dedicated to eradicating such inequities.

The purported 12-14 percent gap reported by ProgressNowNM and Albuquerque BizFirst was based on incomplete and incorrect data. The numbers cited in the BizFirst and ProgressNow NM discussions, published in the Chronicle of Higher Education (CHE) were incorrect—as noted at the top of the Chronicle page where those numbers were found. These calculations omitted information for Assistant Professors. We have corrected the figures in the federal Integrated Post-Secondary Education Data System (IPEDS) system that the Chronicle uses, but those corrected numbers have not yet been published in the Chronicle.

The numbers are also misleading because they are oversimplified. Computations in the Chronicle data only take the total amount of money paid to males and females divided by the total months worked. So the gap is not a function of gender imbalance in pay within rank. We have far more male full professors than female full professors, and many higher-paid fields have more male faculty. These factors skew the figures, showing a far larger gap than is present for women and men of the same rank (assistant, associate, and full professors) in the same field.
UNM has undertaken a number of measures to eliminate unfair gender pay gaps:

UNM is committed to pay equity. But not all differences in salary are inequitable. Each UNM faculty member works in a discipline subject to a national and international market for talented faculty members within that discipline. For example, doctors earn more than sociologists, and engineers have higher salaries than historians. In many cases, average pay is indeed higher in fields where there are more men (e.g. STEM). Long-term solutions include recruiting more women into male-dominated fields, creating an environment that allows women to thrive in any field they chose, and improving the status and rewards of traditionally female-dominated fields.

Professors’ salaries also reflect the length of time that faculty have been in their jobs. Thirty years ago, the UNM faculty was overwhelmingly male, so longer-serving, higher-paid faculty tend to be disproportionately male. Thus, we need to compare salaries for faculty at the same rank (assistant, associate, and full professors). When we make such comparisons, the reported pay gap becomes far smaller.

Pay inequities cannot be solved once and for all. Ideally, institutions must revisit the problem every 3-5 years, due to long term and gender gaps in American culture and related market factors. UNM has already collected most of the relevant 2015 data and arranged for an analysis in Fall 2015; detailed results will be released when available. We have identified a 2014-2015 gender differential—and thus a potential gender inequity—that ranges from 2.2 percent to 6 percent underpayment for female tenure-track faculty: assistant, associate, and full professors. These gender differentials have declined from a range of 4.4percent to 8.1 percent in the 2013-2014 academic year. That decline likely reflects the systematic efforts of the Office of the Provost and Deans of the Colleges to eradicate inequities before they emerge.

We must keep in mind that gender differences in pay reflect longstanding and deep differences in gender socialization. Research shows that male negotiators focus on salary, whereas women tend to negotiate not only for their own higher salaries but also for benefits for their colleagues and programs. To foster pay equity, we will create transparent data and work to create equity for all faculty members in salaries and benefits.

For example, family responsibilities shape careers and affect salaries, so UNM is working hard to provide a family friendly workplace. We offer all faculty the option of a semester of paid parental leave, suspension of the tenure clock, and other policies that help us make UNM a better place. 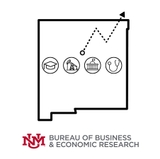