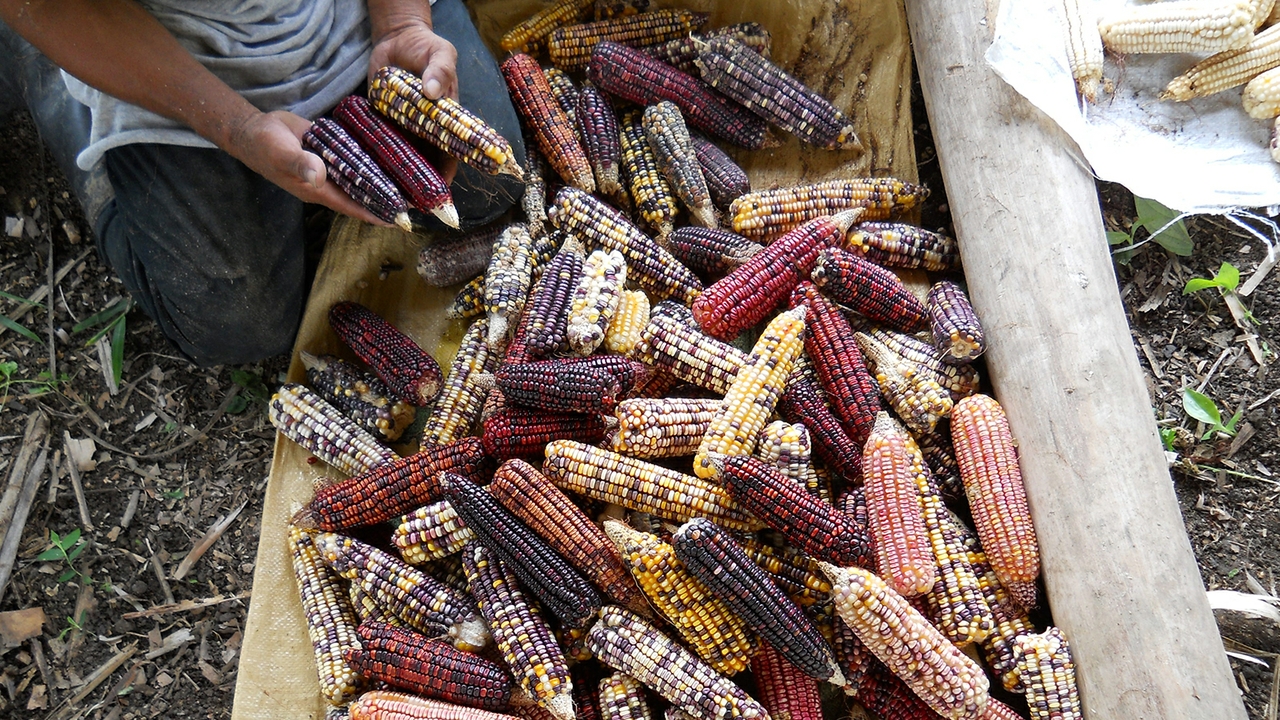 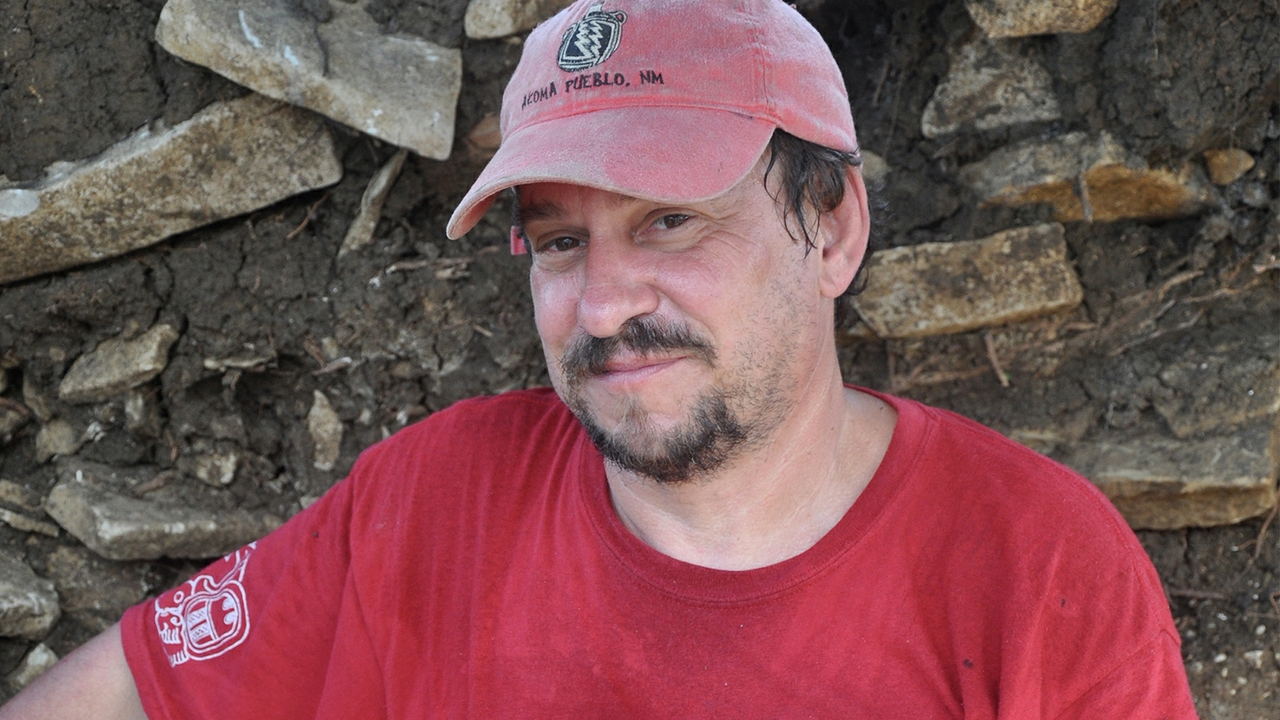 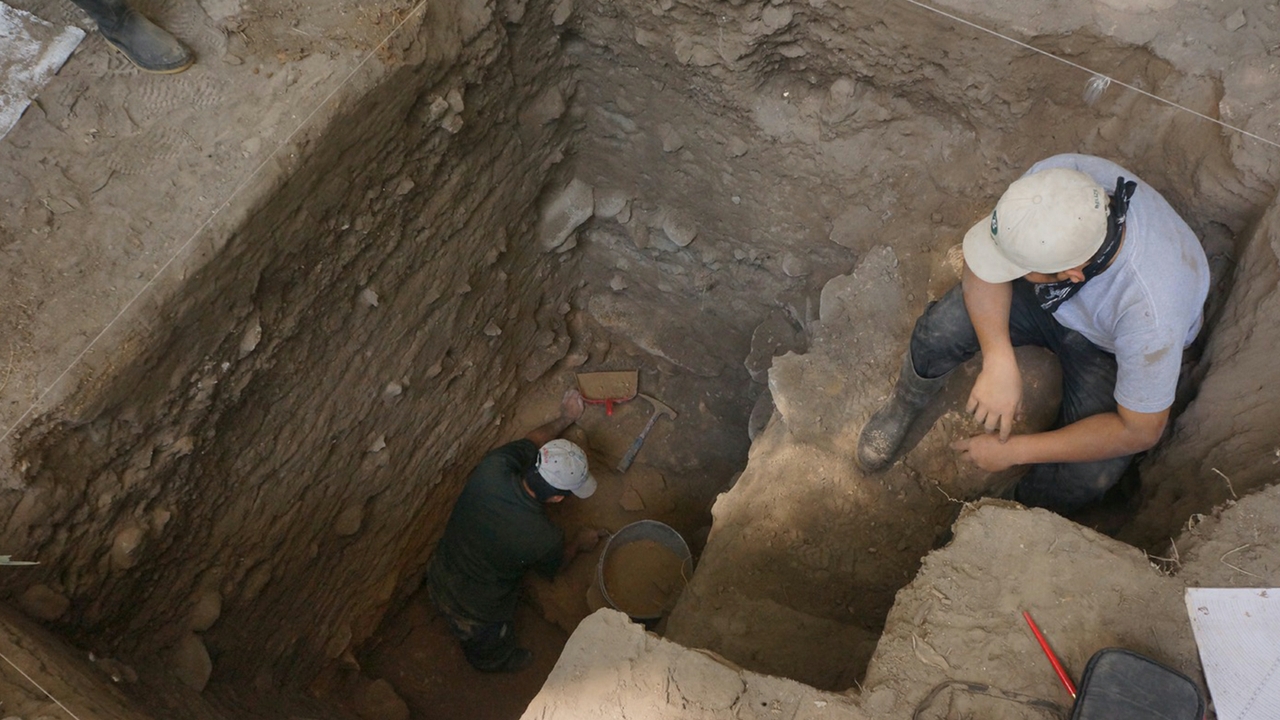 Almost any grocery store is filled with products made from corn, also known as maize, in every aisle: fresh corn, canned corn, corn cereal, taco shells, tortilla chips, popcorn, corn sweeteners in hundreds of products, corn fillers in pet food, in soaps and cosmetics, and the list goes on.

Maize is perhaps the most important plant ever domesticated by people, topping 1 billion tonnes produced in 2019, double that of rice, according to University of New Mexico Anthropology professor Keith Prufer, principle investigator of a team that just released new research that sheds light on when people started eating maize.

The research, titled Early isotopic evidence for maize as a staple grain in the Americas and published by Prufer and his team in the journal Science Advances, reveals new information about when the now-ubiquitous maize became a key part of people’s diets. Until now, little was known about when humans living in the tropics of Central America first started eating corn. But the “unparalleled” discovery of remarkably well-preserved ancient human skeletons in Central American rock shelters has revealed when corn became a key part of people’s diet in the Americas.

“Today, much of the popularity of maize has to do with its high carbohydrate and protein value in animal feed and sugar content which makes it the preferred ingredient of many processed foods including sugary drinks. Traditionally it has also been used as a fermented drink in Mesoamerica. Given its humble beginnings 9,000 years ago in Mexico, understanding how it came to be the most dominant plant in the world benefits from deciphering what attracted people to this crop to begin with. Our paper is the first direct measure of the adoption of maize as a dietary staple in humans,” Prufer observed.

Prufer said the international team of researchers led by UNM and University of California, Santa Barbara is investigating the earliest humans in Central America and how they adapted over time to new and changing environments, and how those changes have affected human life histories and societies.

“One of the key issues for understanding these changes from an evolutionary perspective is to know what the change from hunting and gathers pathways to the development of agriculture looked like, and the pace and tempo of innovative new subsistence strategies," said Prufer. "Food production and agriculture were among the most important cultural innovations in human history. Farming allowed us to live in larger groups, in the same location, and to develop permanent villages around food production."

"These changes ultimately led in the Maya area to the development of the Classic Period city-states of the Maya between 3,000 and 1,000 years ago. However, until this study, we did not know when early Mesoamericans first became farmers, or how quickly they accepted the new cultigen maize as a stable of their diet. Certainly, they were very successful in their previous foraging, hunting, and horticultural pursuits before farming, so it is of considerable interest to understand the timing and underlying processes."

Radiocarbon dating of the skeletal samples shows the transition from pre-maize hunter-gatherer diets, where people consumed wild plants and animals, to the introduction and increasing reliance on the corn. Maize made up less than 30 percent of people’s diets in the area by 4,700 years ago, rising to 70 percent 700 years later.

Maize was domesticated from teosinte, a wild grass growing in the lower reaches of the Balsas River Valley of Central Mexico, around 9,000 years ago. There is evidence maize was first cultivated in the Maya lowlands around 6,500 years ago, at about the same time that it appears along the Pacific coast of Mexico. But there is no evidence that maize was a staple grain at that time.

The first use of corn may have been for an early form of liquor.

“We hypothesize that maize stalk juice just may have been the original use of early domesticated maize plants, at a time when the cobs and seeds were essentially too small to be of much dietary significance. Humans are good at fermenting sugary liquids into alcoholic drinks. This changed as human selection of corn plants with larger and larger seeds coincided with genetic changes in the plants themselves, leading eventually to larger cobs, with more and larger seeds in more seed rows,” Prufer explained.

“We did five years of fieldwork in two very remote rock shelter sites in the Bladen Nature Reserve in the Maya Mountains of Belize, a vast wilderness area that is a two-day walk from the nearest road. To work in this area we had to camp with no electricity, running water, or even cell service for a month at a time each year.”

To determine the presence of maize in the diet of the ancient individuals, Prufer and his colleagues measured the carbon isotopes in the bones and teeth of 52 skeletons. The study involved the remains of male and female adults and children providing a wholistic sample of the population. The oldest remains date from between 9,600 and 8,600 years ago and continues to about 1,000 years ago.

The analysis shows the oldest remains were people who ate wild plants, palms, fruits, and nuts found in tropical forests and savannahs, along with meat from hunting terrestrial animals.

Prufer noted, “We can directly observe in isotopes of bone how maize became a staple grain in the early populations we are studying. We know that people had been experimenting with the wild ancestor of maize, teocintle, and with the earliest early maize for thousands of years, but it does not appear to have been a staple grain until about 4000 BP. After that, people never stopped eating corn, leading it to become perhaps the most important food crop in the Americas, and then in the world.”

Excavations were directed by Prufer along with an international team of archaeologists, biologists, ecologists and geologists. Numerous UNM graduate and undergraduate students took part in the field research as well as collaborators with the protected area co-management team, a Belizean NGO the Ya’axche’ Conservation Trust.

Conditions weren’t easy for the excavation teams, Prufer noted: “We did five years of fieldwork in two very remote rock shelter sites in the Bladen Nature Reserve in the Maya Mountains of Belize, a vast wilderness area that is a two-day walk from the nearest road. To work in this area we had to camp with no electricity, running water, or even cell service for a month at a time each year.”

Now that the research is published, the team will advance it to the next stage.

“New technologies allow us to look even deeper into molecular analysis through studies of ancient DNA and isotopic analysis of individual amino acids that are involved in turning food into building blocks of tissues and energy. We already have a Ph.D. students working on expanding our work to the next generation of analysis,” Prufer said.