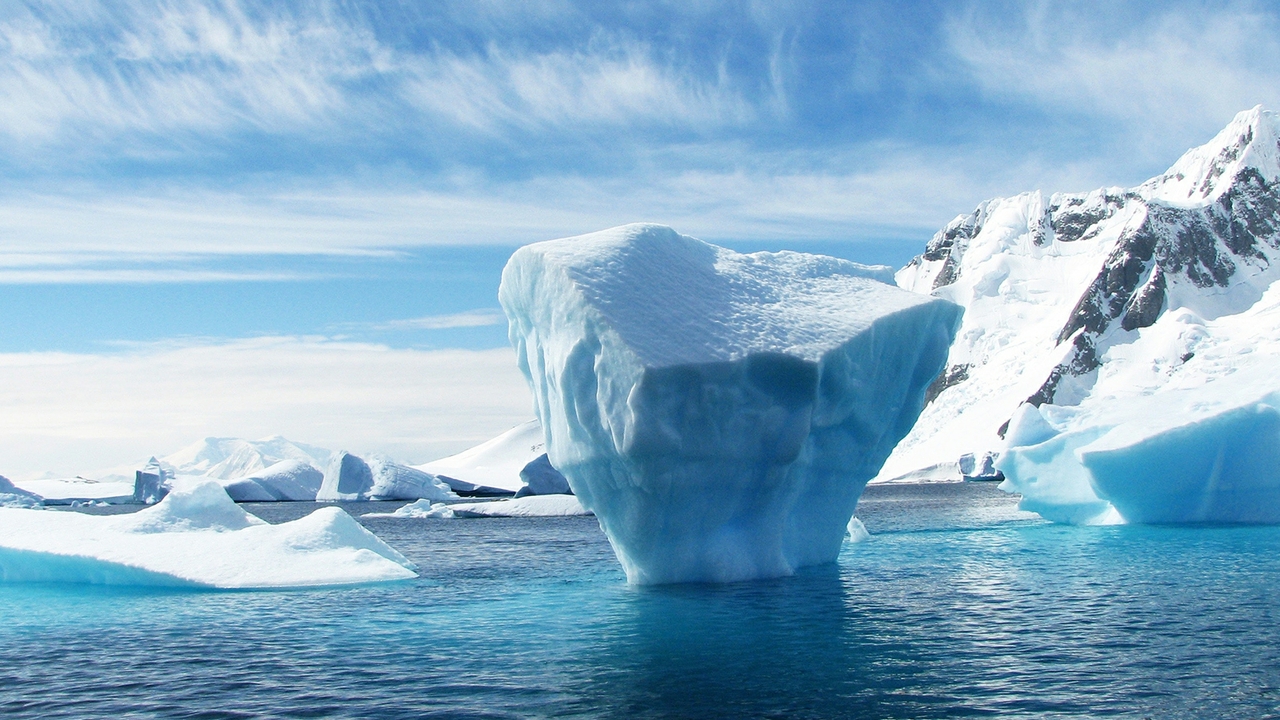 Biologists at the Vesbach Lab at The University of New Mexico have been using Center for Advanced Research Computing resources to analyze viruses found in the McMurdo Dry Valleys of Antarctica.

Funded by a grant from the Joint Genome Institute, Ph.D. student David Robinson and Professor Cristina Takacs-Vesbach, in conjunction with researchers from Miami University and the McMurdo Dry Valleys Long Term Ecological Research Project, are assembling the metagenomic data from microbial mat samples in the hopes of gaining a better understanding of how viruses and bacteria interact.

Beneath the frigid lakes of Antarctica lie fuzzy layers of undisturbed bacterial growth called “microbial mats.” Robinson explained, “Because these lakes are perennially ice-covered, there’s no mixing in these lakes at all. They’re completely stratified, so they have different layers all the way down. What happens is, because it never mixes, bacteria can accumulate on the bottom of the lakes and around the moats... and they can end up looking like a rainbow shag rug-like carpet almost.”

These dense mats of microscopic life could reveal new information about the carbon cycling that takes place in underwater ecosystems throughout the planet. Carbon cycling is the movement of Earth’s carbon between reservoirs like oceans, the soil, and the atmosphere. The balance of carbon between reservoirs is vital to the health of our environment according to the National Oceanic and Atmospheric Administration (NOAA).

The balance of carbon reservoirs on Earth is affected by the metabolic activity of underwater bacteria which, in turn, can be drastically altered by viral infection. Thus, understanding how viruses interact with bacteria in underwater environments could yield new insights into the mechanisms of Earth’s carbon cycle. As Robinson noted, “Through understanding auxiliary metabolic genes from viruses, we can get an idea about how much these viruses are affecting the bacteria in terms of nutrient cycling and terms of their metabolisms.”

The relatively pristine ecosystems found in the McMurdo Dry Valleys of Antarctica provide biologists with an excellent opportunity to study the interactions between viruses and bacteria with few confounding variables. “The McMurdo Dry Valleys are probably the simplest ecological systems on earth,” Robinson said. “There are no vascular plants and there are no animals. What happens ecologically in the lakes in Antarctica happens everywhere on Earth on a fundamental level.”

To better understand these ecosystems, Vesbach Lab biologists need to assemble a metagenome — a collective representation of all the genetic material found in a sample containing many different organisms. After collecting samples and obtaining sequencing data, Robinson uses CARC systems to make sense of the data. “There are trillions of bases in each sample and they’re all disconjointed and so... what CARC does is put them together 150 base pairs at a time and it requires an insane amount of computing power to do that,” Robinson commented.

Although the procedure has, as of yet, only been completed for one of the research group’s 12 samples, the Vesbach Lab has seen promising results already. Much of the viral genetic material found in the first Antarctic sample doesn’t appear to match that of any known virus, suggesting that Robinson and his colleagues are uncovering a wealth of previously unstudied viral specimens. “In that one sample, it looks like we probably have 30 to 40 new genomes that aren’t in the database," Robinson reported.

Robinson’s work is quickly evolving as he and his colleagues learn more about their samples. The research group plans to finish their analysis of all 12 samples using CARC systems to shed light on the bacterial-viral interactions existing in the microbial mats of the McMurdo Dry Valleys of Antarctica.