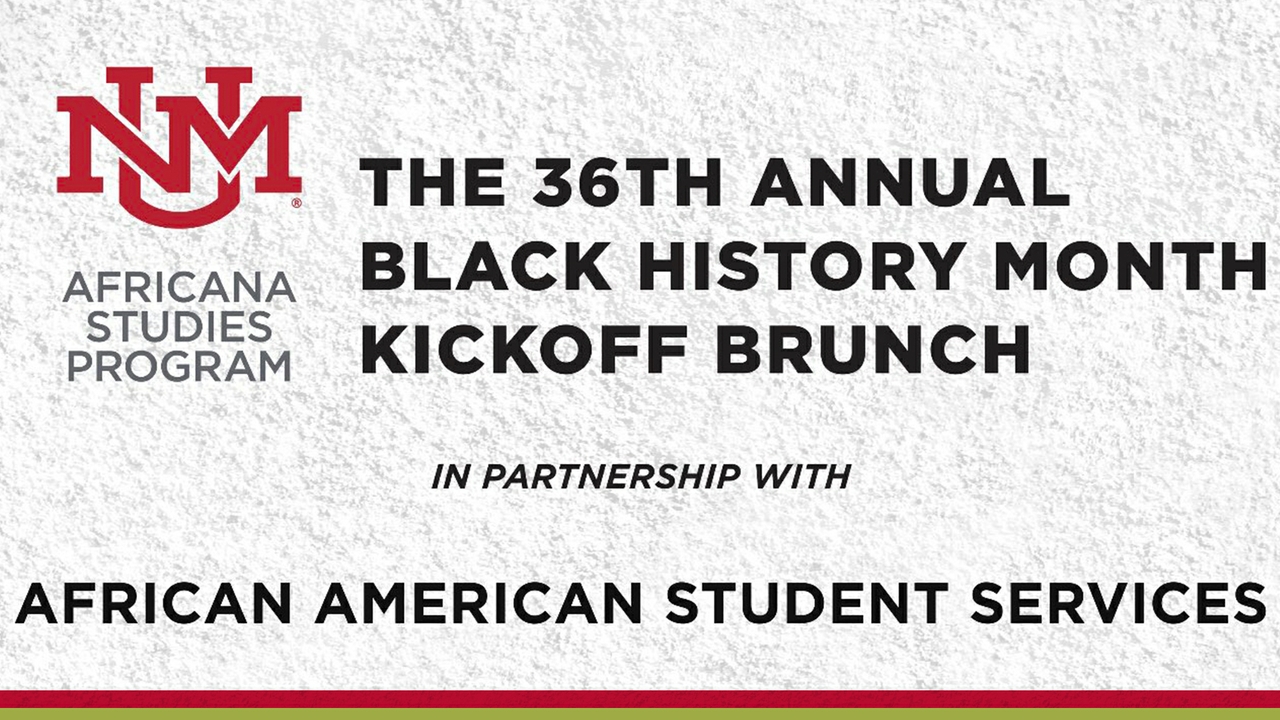 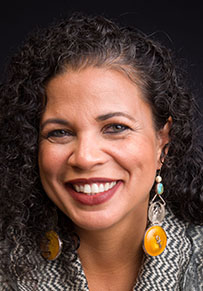 Guest speaker will be Melina Abdullah, professor and former chair of Pan-African Studies at California State University, Los Angeles. A recognized expert on race, gender, class and social movements, Abdullah was among the organizers that formed Black Lives Matter (BLM) and she continues to serve as the Los Angeles BLM Chapter leader.

Also at the brunch, Africana Studies Student of the Year Beth Glenn-Mutabazi and Community Persons of the Year Beverly McMillan of the United Way of Central New Mexico and Moneka Stevens of the Future Focused Education program will be honored.

The event will be held virtually at no charge and will be open to the public. Registration is required.

The brunch is sponsored by the UNM Africana Studies program in partnership with the African American Student Services.

“The Brunch is significant because it has been a mainstay in the UNM community for three decades and continues to be a shining example of the University's commitment to diversity, gender equity, and social and ethnic justice,” Becknell said, adding, “The goal of the Brunch is to announce the beginning of community celebrations and reflections in anticipation of Black History Month. The Brunch supports the academic and public service missions of our University by enabling us to offer a range of activities and provide an academic perspective that would otherwise be excluded.”

Becknell said he chose Abdullah as keynote speaker for a number of reasons.

“Professor Abdullah is well grounded in Africana Studies theory and practice and attended Howard University, a Historically Black College or University (HBCU), the same school Vice President Kamala Harris graduated from. She is a womanist scholar activist who understands the intrinsic link between education and the broader struggles for the liberation of oppressed people,” he explained. “As a product of Clark Atlanta University, another HBCU, I appreciate the value and impact of an HBCU degree. HBCUs have produced some of the world’s greatest leaders.”

Becknell noted that recent HBCU grads in the news include Stacey Abrams, voting rights activist and an alumna of Spellman College, an HBCU, and Yale. Abrams is widely credited with boosting voter turnout in Georgia in the 2020 elections, helping President Joe Biden and Sens. Raphael Warnok and Jon Ossoff to win the state, flipping the U.S. Senate to Democratic control. Warnok is a graduate of HBCU Morehouse College and the first African American to represent Georgia in the Senate. He followed in the footsteps of the late Martin Luther King Jr. as co-pastor of Ebenezer Baptist Church in Atlanta.

She has national recognition in the public sector and embodies the mission of the National Council for Black Studies, the governing body of the discipline, to promote academic excellence and social responsibility,” Becknell observed.

“She can speak to, and advise us on our efforts to transition UNM’s Africana Studies from a program to a department, as well as how we can impact K-12 education,” he said. Africana Studies is the only ethnic studies unit that has not been transitioned into a full-fledged department, but the transition process is under way, led by Hansel Burley, Dean of the UNM College of Education and Human Sciences.