John Russell, director of the University of New Mexico’s Formula SAE program and Halliburton Professor of Mechanical Engineering, received the organization’s top award for his many years of work with students in the LOBOMotorSports program.

He was honored at the Formula SAE competition award ceremony in Lincoln, Neb., with the 2014 Carroll Smith Mentor's Cup by FSAE and the Sports Car Club of America. It is the highest award that can be earned by any Formula SAE advisor, and only one award is given per year.

The Carroll Smith Mentor's Cup recognizes extraordinary levels of personal time and expertise given to engineering education, and the ability to serve as an exceptional role model for students.

The honor came unexpectedly to Russell.

“I had no idea I was going to be honored,” he said. “The Carroll Smith Mentor’s Cup is an elite club, and when I heard I was going to receive it, I couldn’t believe it. I’m very honored to have received this award, especially when you consider the outstanding individuals who have been honored with this award in the past.”

Russell said he’s very grateful to his team, who wrote a strong letter of support recommending him for the award.

LOBOMotorSports Formula SAE program at UNM in 1997, and Russell began working with the team in 1998. It has evolved into three-semesters in which students take three courses worth 10 credit hours: Racecar Design and Dynamics, Racecar Build Lab and Racecar Test Lab. The culmination of the program is an opportunity to compete against the best schools in the world. 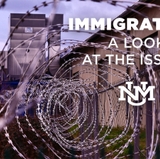