Language matters—spiritually, culturally, emotionally. Written and spoken words are an art form, a way for values and traditions to be passed down for generations. When a language is lost, part of that culture is lost. By the same measure, when language is preserved, the traditions and customs continue living in the hearts and minds of those who understand it. Language is more than the sum of its parts: it’s not just sentence-structure and grammar, language is history and discourse, customs and heritage. 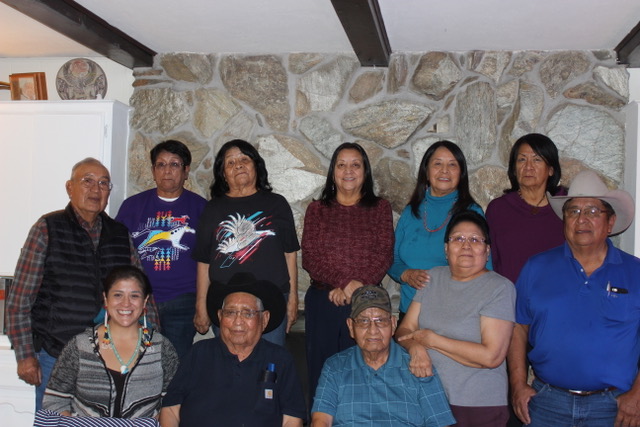 “Spirituality is not in the English language for us, spirituality is in Apache. When others talk about us, we’re pictured as pagans. In our own language, we can express our understanding of spirit and nature. Our traditional concepts of environmental protection, caring for the elderly, and living in harmony with one another and with nature is embodied in our language.”

UNM alumna and Jicarilla tribal member Dr. Veronica Tiller has partnered with Dr. Melissa Axelrod of the Department of Linguistics to record and preserve the Jicarilla Apache language for linguistic scholars and future generations of the tribe. Axelrod is the principal investigator for the National Science Foundation (NSF) award that will fund the work, and Tiller is the project lead. Their team is comprised of elders from the Jicarilla Nation, plus graduate students from UNM to help with digitizing and archiving. Tribal elders will re-translate texts collected from the 1890s to the 1930s to update outdated and inaccurate translations while adding historical and cultural context to the stories and definitions.

“Spirituality is not in the English language for us, spirituality is in Apache. When others talk about us, we’re pictured as pagans. In our own language, we can express our understanding of spirit and nature. Our traditional concepts of environmental protection, caring for the elderly, and living in harmony with one another and with nature is embodied in our language.”

And the biggest payoff for all involved? Fluency in Apache for the team, and the possibility of fluency for future generations.

“It’s not just a new translation,” explains Axelrod. “Veronica and her team are creating a new writing system to make it easier for learners to read the language.”

“We’re calling it user-friendly language,” adds Tiller. “That’s the understory of this project—we are going to learn to read and write Apache.” 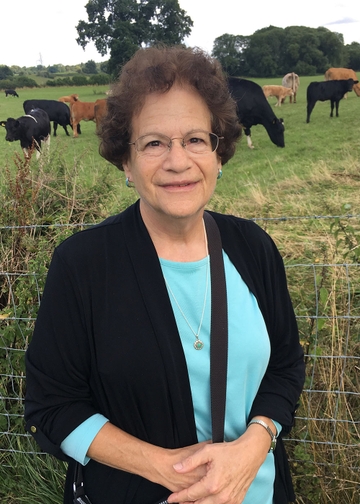 History of Jicarilla Apache
The Jicarilla Apache are descendants of one of the Athabaskan groups based on their similar linguistics and geographic location—Northern, Pacific Coast, and Apachean (Southern). Apache tribes lived semi-nomadic lives in the deserts and mountains of Arizona and New Mexico, and the plains of southern Colorado, with some smaller tribes extending into present-day Oklahoma and Texas.

The Jicarilla Apache people established settlements in and near the Sangre de Cristo mountains. Their traditional origin stories speak of the “heart of the world” in this area, bounded by the four sacred rivers: the Rio Grande, the Pecos, the Arkansas, and the Canadian. Apache and Jicarilla are both words of Spanish origin, the latter meaning “little basket” and applied by the conquistadors after their arrival in the 1500s. The self-designated name for the Jicarilla Apache language is Abáachi, and haisndayin or “people who came from below” for the people. Like the greater Apachean language family, it’s also sometimes referred to as Diné, and the languages are very similar.

There are seven Apachean Athabaskan languages divided into two classifications, Plains Apache and Southwestern, which includes Diné (Navajo), the most widely spoken Native American language in the United States, and likely the most well documented. Navajo translation projects, including dictionaries and grammar guides, have set the standard for many other Athabaskan language translation projects, including Apachean.

Preserving A Language
Attempts by anthropological scholars in the late 1800s and early 1900s to record and translate Native American languages resulted in several published texts. However, most of these early efforts to describe indigenous languages, cultures, and people in English did not include the proper cultural context for the translations to be accurate. This is partly because they did not know the culture, but also because Apache is mostly a spoken language that includes nuance and gesture, both difficult to record in written form. In 1911, one such scholar, Pliny Earle Goddard, published a collection of traditional Jicarilla stories in both Jicarilla Apache and English, Jicarilla Apache Texts, that serves as a starting point for this Jicarilla language preservation project. Tiller and Axelrod acknowledge the value of these works from an ethnographic standpoint, however, much of Goddard’s translations from what Tiller calls “old Apache” into English does not convey the original stories’ cultural meaning and spirit. While his texts include a pronunciation key, the differences in sentence structure between English and Jicarilla Apache, as well as the omission of distinctions in tone and nasality, make it difficult for both native speakers and academic linguists to understand the translation. 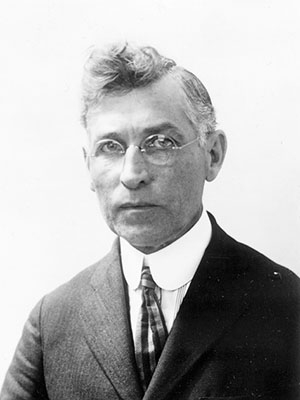 The goal of this project is to renew and restore the Jicarilla Apache language and culture through involvement of their own community, while also empowering the community to learn to read and write Apache. The team is led by Tiller, who is fluent in Apache and has authored six books about her tribe and other Native American tribes. She organized ten Jicarilla Apache elders, all fluent native speakers and all college-educated, without whom the project would not be possible: Bernice Muskrat, Everett Serafin, Robert Serafin, Wainwright Velarde, Lindberg Velarde, Alberta Velarde, Mary Velarde, Jackson Velarde, and Bob Velarde.

“We are trying to correct the misinterpretations, the stereotyping of our language and our people, and trying to add more to the cultural context to create a more accurate interpretation of our stories,” says Tiller.

Just because this is a language project, she says, does not mean language is the only part of this meticulous, multi-step process that connects our present-day with a past when Goddard’s texts were written. It is also a learning process for everyone—the team will produce re-translations of the older texts, focusing on the accuracy and the meaning by adding the socio-cultural context to revitalize the language, all while learning to read and write Apache. The process goes something like this:

This last step is a very challenging and very time-consuming process. Each member has a different perspective on the translation—some understand the overall story, some know the history and pronunciation of specific words, some are fluent in Apache and know the grammar—and they all have to work together to honor the translation properly. Tiller says the first story took about 40 hours for the full correct interpretation because “It involves so much philosophy and religion and culture and customs and the way people speak.” To get it right, bringing in the elders of the community who know the language and are part of the culture is essential for accuracy and preservation. With all combined interpretations—old Apache, written updated Apache, oral Apache, and English—they provide a final translation to Axelrod for archiving.

Axelrod is no stranger to the preservation of endangered languages, and she isn’t only the last step in the process. Indeed, the Jicarilla Apache project only adds to her expertise in the electronic archiving of these languages. The font Muskrat uses was coded by Axelrod and her project team several years ago, and is used in the dictionary she edited, Abáachi Mizaa Ilkee' Shijai: Dictionary of Jicarilla Apache, that has proven to be an invaluable resource to the team. Axelrod also served as principal investigator (PI) for a Tewa language revitalization and archival project, as well as a co-PI for a project that created a multimedia database of traditional Ixil Mayan stories from Guatemala.

“Dr. Tiller told me that when people learn Spanish or French, they can go and read a novel or all kinds of documents in the language, and that’s not the case in Jicarilla,” says Axelrod. “We want to provide, she said, a body of literature to go with the lessons. Which I thought was brilliant, and so did the people at NSF.”

As the translation team works, Axelrod and UNM linguistics graduate student Mariann Skahan will digitize and archive the full translations of the stories. This is part of a larger effort to clarify the historical record when it comes to indigenous languages by being inclusive of indigenous communities’ own perspectives and using their interpretations as source material. 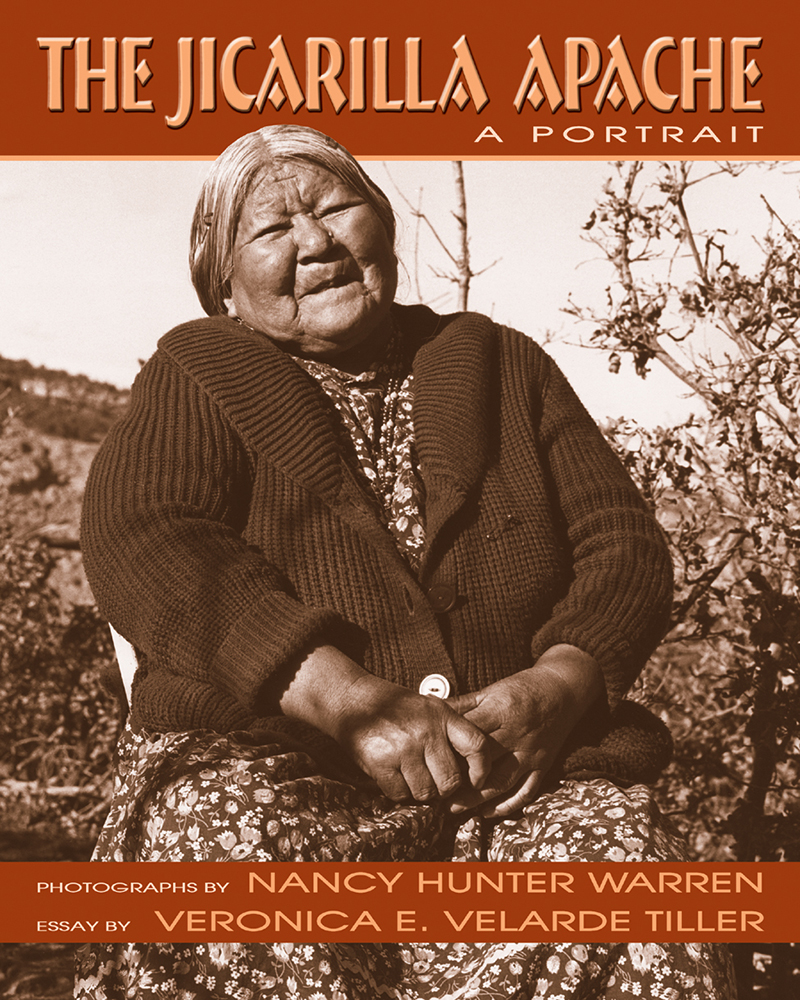 The Jicarilla Apache - A Portrait, an essay by Veronica E. Velarde Tiller

A Future of Challenges and Possibilities
Much of the group’s work has been put on hold because of the SARS-COV-2 pandemic. Like many of us, Tiller and Axelrod have been working from home, and Tiller continues making Zoom calls with individual elders and carrying on as best she can. But Zoom calls are not always possible in rural areas where some team members live with limited internet access. The risks of meeting in person are far too great since the team works with a highly vulnerable group of people, often talking in close quarters, sometimes discussing one phrase for hours. COVID-19 has been especially devastating to Native communities in New Mexico, and this community is no exception. Group member and tribal elder Bea Velarde passed away in July, and Tiller suffered a personal tragedy with the loss of her son-in-law. She now helps her daughter and her family on top of continuing this work, knowing the survival of her language depends on projects like this.

“For one thing,” says Tiller, “most people don’t know our culture and our language, and for another, this group that’s doing this project, we’re all probably the last generation that has the fluency and the cultural knowledge. After we’re gone, there’s going to be nobody at our level of understanding who are able to make this effort.”

“It’s not just the language, the language is interwoven with the culture and the social practice and the values of the community,” says Axelrod. “If you lose the language, some of that is lost as well, so this is important on a lot of different levels.”

Both Tiller and Axelrod are hopeful for the future of the project and recognize the importance of completing this work for future generations of scholars and community members. As part of the grant, Axelrod has partnered with the Sam Noble Museum in Oklahoma to house a digitally archived collection as part of their Native American Languages Collection, once the stories and supplemental documents are approved by the team. These archives will include an introduction and background to the project; suggestions on how the collection should be used; the texts themselves, retranslated and re-transcribed; annotations providing the historical and socio-cultural context; recordings of the meetings of the team discussions; and language lessons developed together with the translations.

This project will continue to impact the Jicarilla Apache community even after the NSF grant is over through the project team’s non-profit, Mi-goo-ni-di Institute, Inc. Established in May 2019 under New Mexico Nonprofit Corporation Act, the Mi-goo-ni-di Institute will engage the assistance of professional linguists, educators, and social scientists to collect and preserve the existing literature on Jicarilla Apache language and culture to foster a scientific approach to language preservation. Long term goals include educational and course materials will be developed with input from the community for learners of all ages.

But perhaps the importance of the project can be best expressed in the words of the team members as the project was beginning:

“Bringing back our language means bringing back these concepts and allowing a new generation to understand our own traditional world views and philosophies. Revitalization of the language will give us a voice to talk about these things seriously, in a way we felt inhibited to do in English—it will allow us to reclaim our way of life and deal more effectively with the social ills that affect us. We will improve the physical well-being of Tribal members when we regain our traditions and our pride.”