Roger Schluntz has served as dean of the UNM School of Architecture & Planning for more than a decade. The faculty, staff and students of the school honored him recently, as did his external fundraising arm, the Dean's Council for Design and Planning Excellence. They hosted a reception for him recently at Los Poblanos.

Schluntz was recognized for his many accomplishments, most notably getting the school a new building, George Pearl Hall. Academically, he was lauded for establishing the master of landscape architecture program and subsequently getting it accredited, as well as establishing graduate certificate programs in Historic Preservation and Regionalism and Town Design.

Schluntz was pleasantly surprised to see all his daughters, Justine, Alex and Julie, in attendance, as well as former friends he's brought in to participate in the various charrettes he's hosted through the years. 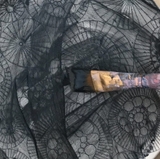 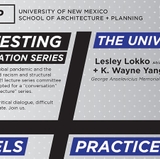