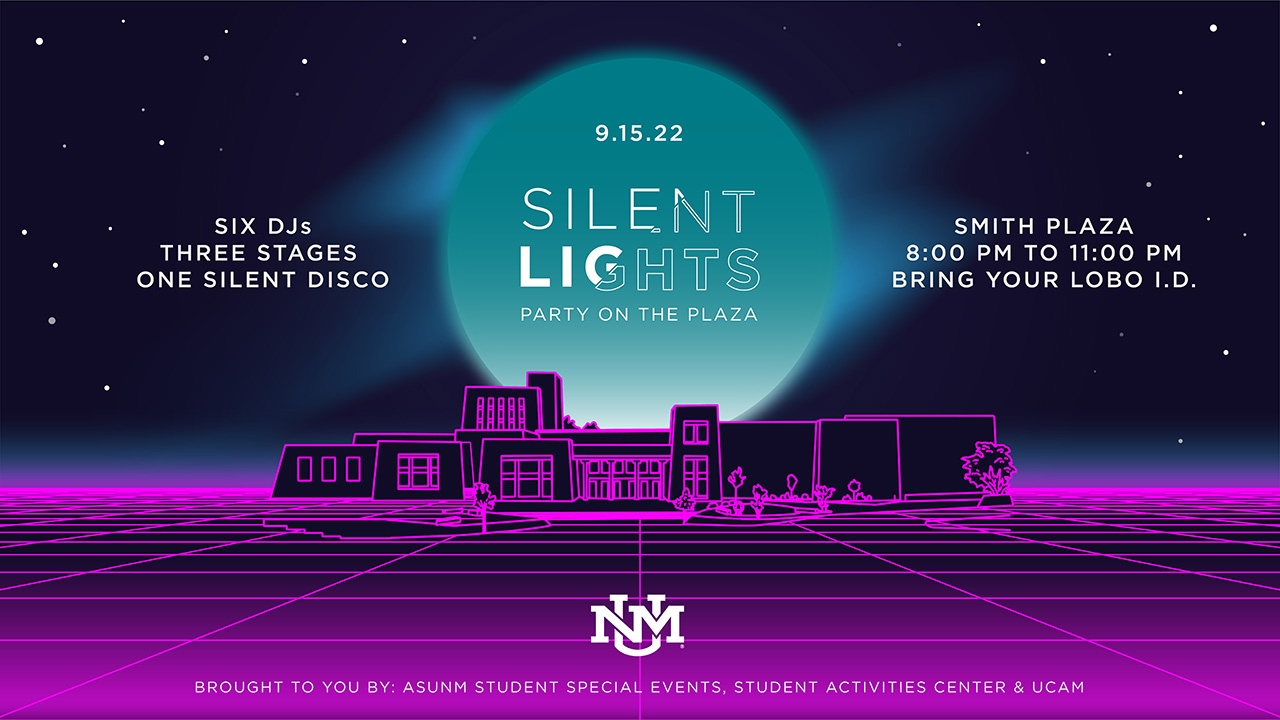 Get ready for a one-of-a-kind outdoor silent disco right in the heart of The University of New Mexico campus in the newly remodeled Smith Plaza. Silent Lights, UNM’s silent disco party with six DJs, three stages and a massive light show, returns Thursday, Sept. 15 from 8 to 11 p.m.

Brought to UNM in 2016 by The Associated Students of UNM (ASUNM), Lobo Spirit, Student Special Events, and University Communication and Marketing (UCAM), this silent disco quickly became a student favorite.

At a silent disco or silent rave, people dance to music they hear on wireless, light-up headphones provided by event organizers. The signal is picked up via transmitter by the wireless headphones worn by the participants who can tune into various channels and DJs.

Silent discos date back to the early-2000s and have become popular over the years because they allow dancing past noise curfews. At the time, there was only one channel participants could listen to. Technology has since enabled additional channels with three separate DJs broadcast at the same time.

Don't miss this one-of-a-kind experience for UNM Students only. Admission is free. You don’t need to bring headphones, just your Lobo ID. Students should enter Smith Plaza on the east end of the Plaza. Students must have a UNM ID to enter.