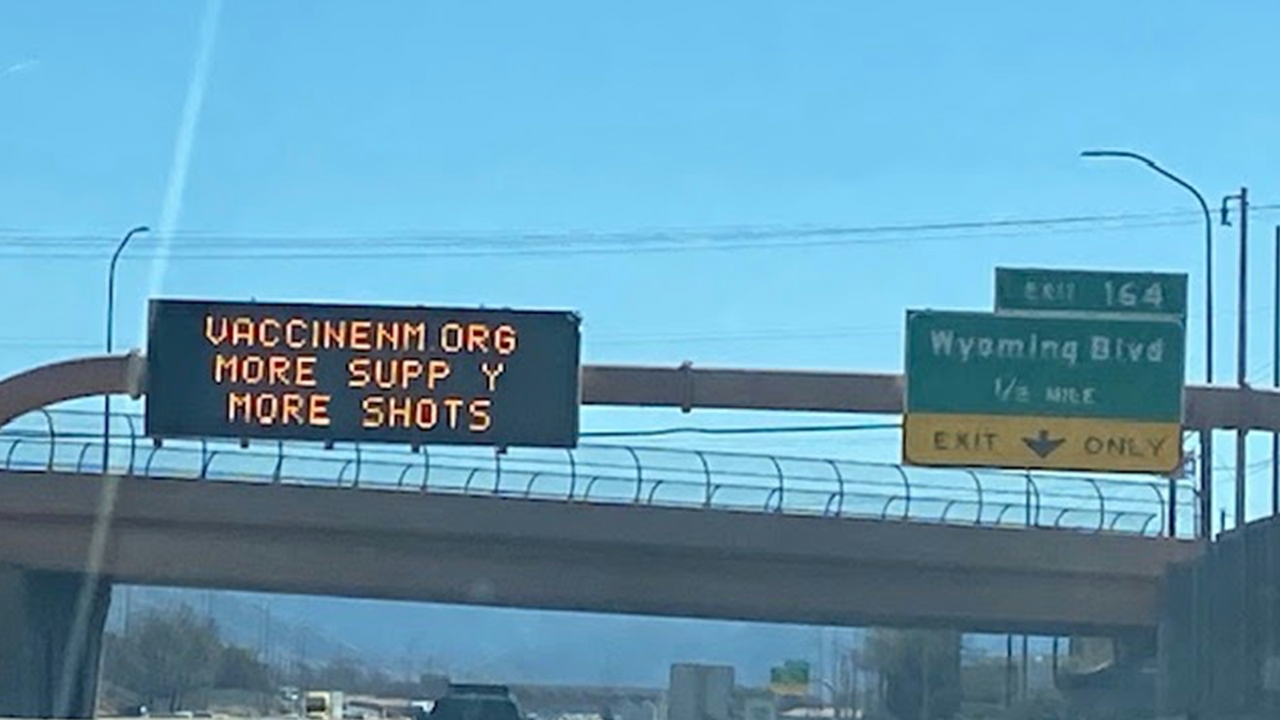 When Damián Wilson, an associate professor in The University of New Mexico Department of Spanish and Portuguese, first saw Spanish-language highways signs at the start of the COVID pandemic shutdown, he was happy to see the state reaching out to its many Spanish-speaking residents. An estimated 29 percent of the state’s population over age 5 speaks Spanish at home, according to Census Bureau statistics.

But soon after, Wilson and members of his sociolinguistics class, Spanish of the Southwest, found that there were differences in pandemic messaging from the state that potentially left Spanish speakers at a disadvantage. The class went to work to find a solution.

Wilson's initial satisfaction at seeing the Spanish-language signs at the start of the pandemic turned to disappointment as the signage waned.

“As a sociolinguist, I am always paying attention to the way that languages are portrayed in a variety of settings including media, government agencies, and the linguistic landscape. I was comforted by the fact that freeway billboards in New Mexico displayed messaging in Spanish and English at the beginning of the pandemic,” Wilson said. “Bilingual signage and messaging do more than just communicate a message. They also give the impression that the message’s intended audience is important, be they Spanish speakers or English speakers, and promote a sense of inclusivity and a common goal.”

Students in the project

“Our project initially came to light through the use of the Dynamic Messaging Signs over the interstate," said Victoria Peña-Parr, a student involved with the project. "When the State of New Mexico first shut down, we started to see information regarding COVID in both Spanish and English being disseminated over these boards. We initially thought, ‘Yes, this is a win.’ Unfortunately, within a few weeks, the Spanish translations were nowhere to be found."

The differences between the two languages in disseminating COVID messaging struck again when student Kory Apodaca Cordova tried to register her parents for vaccinations on the New Mexico Department of Health (NMDOH) COVID website, which gave her the option to register in Spanish.

“As I was going through the demographic information, I noticed Eddy County, where my parents live, was not listed. I was confused, so I chose Chavez County, which is the next closest county instead,” said Cordova, who also worked on the project. “Later, I went back into my parents’ account in the English website and found Eddy County.”

Peña-Parr did some investigating and found that a software program called GTranslate had been used to convert the website into Spanish, rendering the county names into literal interpretations of the English language words including: 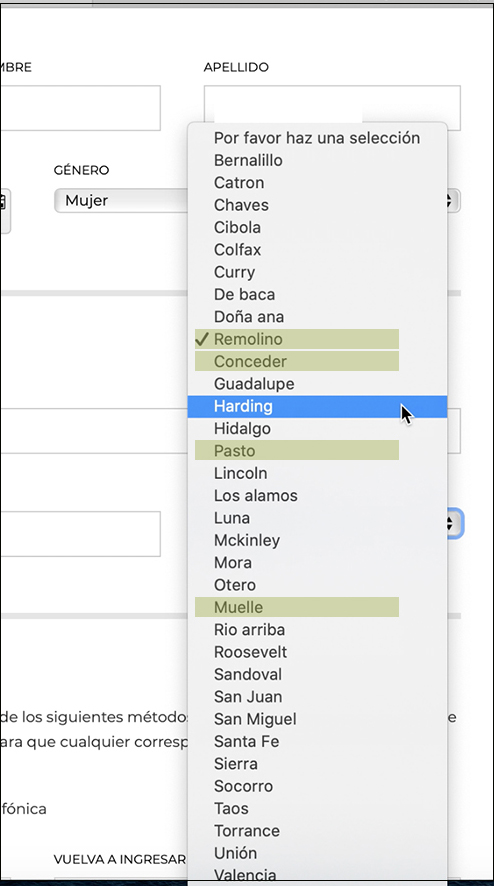 Grant, Lea, Quay, and Eddy counties are actually all surnames of historical figures: the U.S. president, the first mayor of Roswell, a Pennsylvania senator who supported statehood for New Mexico, and a New Mexico cattle rancher.

“What we have seen is that some English words translated directly to Spanish do not carry the same meaning; therefore, any translation should be done very carefully to avoid misunderstandings,” noted Fátima Dutra, who also worked on the project. “Another way to evade potential mistranslations is to avoid translation altogether. That is, information in Spanish does not necessarily need to be a translation of the English version. Organizations such as NMDOH could utilize local Spanish speakers or bilinguals who are capable of preparing the content in Spanish.”

As soon as the group discovered the county menu issue, they contacted the NM COVID Hotline, spending many hours on the phone with a variety of different numbers associated with NMDOH. After seeing no changes after a week, the students called local officials in the affected communities. The county names were corrected after the City of Carlsbad advocated for language corrections at the state level shortly thereafter.

The students continue to work to get the highway signs reinstated.

“Before our project, it was almost impossible for Spanish-speakers in Eddy, Lea, Grant, and Quay County to register online for the COVID-19 vaccine due to mistranslations of the county names in Spanish,” Peña-Parr said. “Now this is possible and ensures there are fewer hurdles for these Spanish-speakers to overcome when registering for the vaccine. Once our project is published, we are hoping the state can utilize our work to bring more language equity to New Mexico and provide equal access to public health resources to all of its residents.”