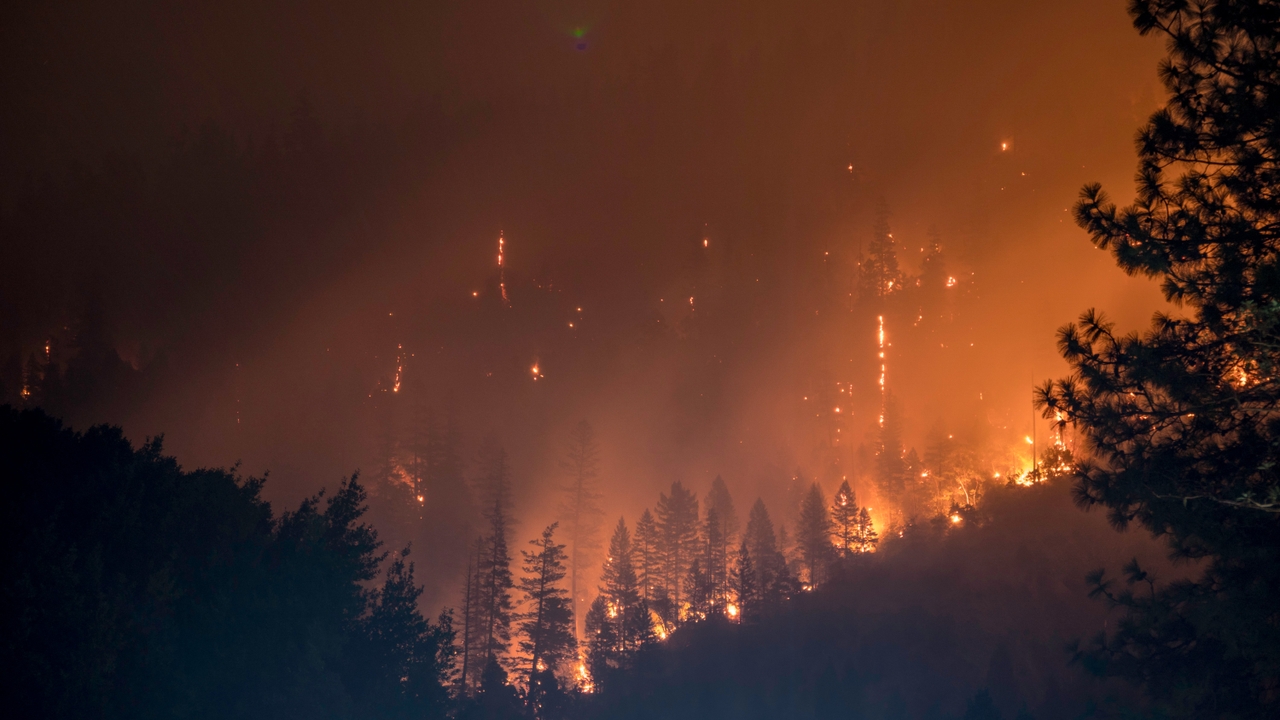 A new study conducted by researchers from The University of New Mexico has found that wildfires — which have been increasing in frequency, severity and extent around the globe — are one of the largest drivers of aquatic impairment in the western United States, threatening our water supply.

The study found that about 6 percent of the length of all the streams and rivers in the western U.S. were directly affected by wildfire disturbances (defined by being located in burned areas) between 1984 and 2014, and that every year there are about 342 new kilometers of them directly affected. When the researchers accounted for the longitudinal propagation of water quality disturbances within and across watersheds, it was estimated that wildfires affect about 11 percent of the total stream and river length.

“More than 10 percent of the rivers in the western U.S. have been impacted by wildfires,” González-Pinzón said. “That’s a lot and puts wildfires as one of the top causes of water impairment in the country. It’s a big deal.”

The authors said that there have been few studies on the impact of wildfires on fluvial (river) networks, so this study is significant because it was the first large-scale analysis to utilize remote sensing of burn perimeter and severity, in-situ water quality monitoring, and longitudinal modeling to determine estimates of stream and river length impacted by wildfires at a continental scale.

“It is distressing to realize how little we know about the impacts of wildfires to rivers,” González-Pinzón said. “Especially because this is relevant to the daily life of those living in the western part of the country and particularly in New Mexico, a state that is currently and commonly experiencing up to 100 percent severe droughts.”

Although the direct impact of wildfires in places such as California has been widely reported, particularly in terms of lives and structures lost (the 2018 California wildfire season claimed 100 lives, damaged 24,000 structures and resulted in $2 billion in insurance claims, the study reports), the direct and extended impacts of wildfires have not been thoroughly quantified.

The study alerts that there is growing evidence that wildfires trigger cascading impacts in river networks. Although wildfires are not specifically mentioned on the U.S. Environmental Protection Agency’s Clean Water Assessment, wildfire disturbances contribute to at least 10 of the top 20 most critical disturbances listed in the assessment, such as elevated sediments, nutrient enrichment, organic enrichment and oxygen depletion, elevated temperature, elevated metal concentrations, habitat alterations, elevated turbidity, flow alterations, elevated salinity and/or total dissolved solids, and changes to pH and conductivity. Since forested watersheds supply drinking water for around two-thirds of those living in the western U.S., the impact is massive, in terms of both economics and water security.

The study recommends a few action items that can be done to mitigate the effects:

The authors point out that wildfires impact water flow and quality since they originate on hillslopes and cause decreased infiltration capacity and groundwater recharge, a severely reduced capacity for vegetation to grow on impacted land, and a higher frequency of landslides and avalanches. Also, dangerous substances including metals in levels that exceed the World Health Organization’s safe drinking water standards are found in surface water long after wildfires are extinguished.

Van Horn said one of the motivations for this study was witnessing the impacts of the 2011 Las Conchas wildfire, the second-largest wildfire in New Mexico’s history, resulting in rapid and massive flooding in the burned area and a measurable decrease in the water quality of the Rio Grande near the burned site of hundreds of kilometers downstream.

“We were fortunate in a sense to have the fire in our highly instrumented back yard, where we could study its impacts as it was happening,” he said.

There was a dramatic decrease in oxygen in the water, as well as the transportation of large quantities of ash and sediment that forced a two-month shutdown of the City of Albuquerque’s only surface water intake, which provides about 70 percent of the drinking water to the area.

“Wildfires are impacting fluvial networks in time and spatial scales that we don’t fully understand,” Van Horn said. “Thus, we need to investigate how long and how far they remain an issue in watersheds.”

“What we found was concerning, and there is a huge need for more research to be done,” González-Pinzón said.

In the near future, their team will focus on creating rapid response teams that can conduct research safely, on-demand, soon after wildfires are contained. That research will focus on answering how far downstream can wildfire disturbances propagate in fluvial networks and what are the main controlling factors. Due to climate change and current forest management practices that have allowed fuels to build up instead of naturally burning in smaller fires, wildfires are only predicted to become worse in the future.

“We can’t really engineer an easy solution to this because it occurs at the scale of continents, but we definitely need to improve how we can increase the resilience of aquatic ecosystems and alert people about the impacts of water quality degradation driven by wildfires to their day-to-day lives; that means that we need to acknowledge that wildfires will continue to happen and that we need to learn how to deal with them,” González-Pinzón said.

Funding for this study was provided by the National Science Foundation and the U.S. Army Corps of Engineers’ Upper Rio Grande Water Operations Model.