This partnership brings together an unprecedented breadth of world-leading expertise and capabilities in computer science, materials science, physics, mathematics, and engineering to pioneer practical advances in quantum systems. 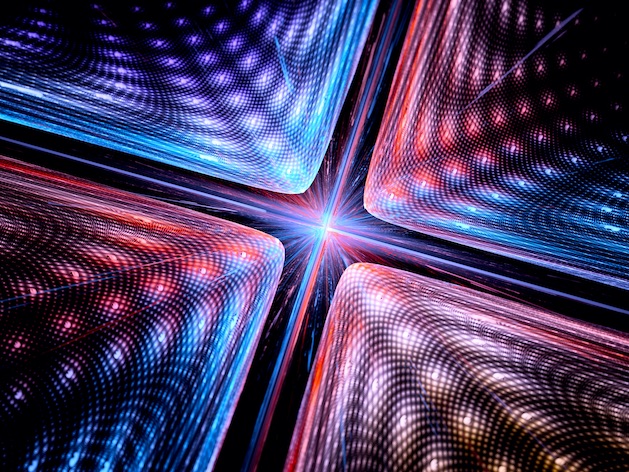 The alliance will identify the most impactful scientific applications that stand to benefit from quantum computing and engineer the hardware and software systems to run these applications. Using advanced hardware including superconducting circuits and naturally occurring atomic systems, the alliance will explore ways to achieve practical quantum advantage – meaning the systems can outperform state-of-the-art classical methods for important scientific and engineering problems.

The team will also help grow the workforce needed to keep the nation at the forefront of quantum information science for years to come, share its advances with the broader scientific community to drive the innovation ecosystem, and work with industry to translate promising technologies into real-world applications.

“We are at the threshold of significant advances in quantum information science. To break new ground, The Quantum Information Edge will accelerate quantum R&D by simultaneously pursuing solutions across a broad range of science and technology areas, and integrating these efforts to build working quantum computing systems that benefit the nation and science,” said Irfan Siddiqi, director of Berkeley Lab’s Advanced Quantum Testbed and a faculty scientist in the Lab’s Computational Research and Materials Sciences divisions.

“Through collaboration and innovation focused on tangible technology demonstrations, The Quantum Information Edge will amplify the return-on-investment of quantum research within the U.S. by accelerating progress toward achieving practical quantum computing systems,” said Scott Collis, director of Computing Research at Sandia.

The alliance’s work on programmable quantum systems has the potential to solve scientific problems that are far beyond the reach of today’s machines, in areas such as information processing, simulations, and metrology. It could transform the design of solar cells, new materials, pharmaceuticals, agricultural fertilizers, and probe the mysteries of physics and the universe, among many applications.

To make this a reality, the alliance will advance quantum information systems using several hardware approaches, including superconducting, trapped ion, and trapped atom quantum bits (or qubits). The alliance will explore how to suppress noise and errors in multi-qubit quantum processors, which severely degrade system performance, develop new computing algorithms to control qubits, and engineer new techniques to fabricate, control, and interconnect qubits. Theoretical computer scientists, physicists, engineers, and chemists will help understand how best to apply these systems to important scientific problems.

“The quantum processors developed by The Quantum Information Edge will explore the mysterious properties of complex quantum systems in ways never before possible, opening unprecedented opportunities for scientific discovery while also posing new challenges. Our world-class theory team, working closely with the hardware builders, will exploit this powerful technology to advance the frontiers of the physical and computational sciences,” said John Preskill, the Richard P. Feynman Professor of Theoretical Physics at the California Institute of Technology.

“We will continually build and use full quantum systems, not just the components, to forge new scientific opportunities in information processing that are not possible in conventional research programs,” said Christopher Monroe, Distinguished Professor of Physics at the University of Maryland.

“By developing and applying programmable quantum information systems, we hope to define a new frontier at the cutting edge of science and engineering. These efforts have a great potential for scientific discoveries and for identifying the first useful applications of quantum machines,” said Mikhail Lukin, the George Vasmer Leverett Professor of Physics at Harvard and a co-Director of Harvard Quantum Initiative.

“The broad scope of quantum information science and technology demands responses from a diverse set of research groups who will coordinate their scientific visions and technologies to identify and solve practical problems, bring unforeseen benefits, and uncover scientific secrets,” said Jun Ye, a professor at the University of Colorado Boulder and a fellow of the National Institute of Standards and Technology. 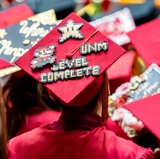