The UNM Department of Theatre and Dance and Equality New Mexico present "Glory Box" by internationally acclaimed performance artist Tim Miller for one night only on Thursday, Sept. 30, at 7:30 p.m. in Rodey Theatre, UNM Center for the Arts. Taking its name from the Australian term for hope chest, "Glory Box" explores same-sex marriage and the struggle for immigration rights for lesbian and gay bi-national couples.

Miller also gives a free lecture and question and answer session 3:30-5 p.m. in Rodey Theatre. A talk-back with the artist follows the performance.

Miller's creative work as a performer and writer explores the artistic, spiritual and political topography of his identity as a gay man. In the New York Times, Anita Gates describes Miller as "a charming and wildly energetic storyteller! Funny, forceful and full of vigorous gay pride!"

"Glory Box" recounts the trials Miller has undergone in trying to keep his Australian partner in the United States. "I want the pieces to conjure for the audience a site for the placing of memories, hopes and dreams of gay people's extraordinary potential for love," Miller said. Since 1999, he has focused his creative and political work on marriage equality and addressing injustices facing lesbian and gay couples in America.

Miller received numerous grants from the National Endowment for the Arts. In 1990, he was awarded a NEA Solo Performer Fellowship, which was overturned under political pressure from the White House because of the gay themes of his work. Miller and three other artists, called the "NEA 4," successfully sued the federal government with the help of the American Civil Liberties Union for violating their First Amendment rights. Though the Supreme Court of the United States decided in 1998 to overturn part of Miller's case and determined that "standards of decency" are constitutional criterion for federal funding of the arts, Miller vowed "to continue fighting for freedom of expression for fierce, diverse voices."

Miller has performed in North America, Australia and Europe. He is the author "Shirts & Skin," "Body Blows" and "1001 Beds," which won a Lambda Literary Award. He has taught performance at UCLA, NYU, the School of Theology at Claremont and other universities throughout the U.S. He is co-founder of Performance Space 122 in New York City and Highways Performance Space in Santa Monica, Calif.

Seating is limited. Tickets are $10 general admission and $5 for students and are available at the UNM Ticket Offices located at the UNM Bookstore or The Pit. Tickets may also be purchased by calling (505) 925-5858 or visiting unmtickets.com. The performance is recommended for mature audiences only. 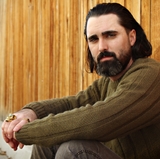 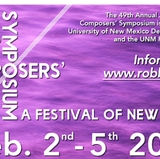 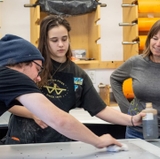