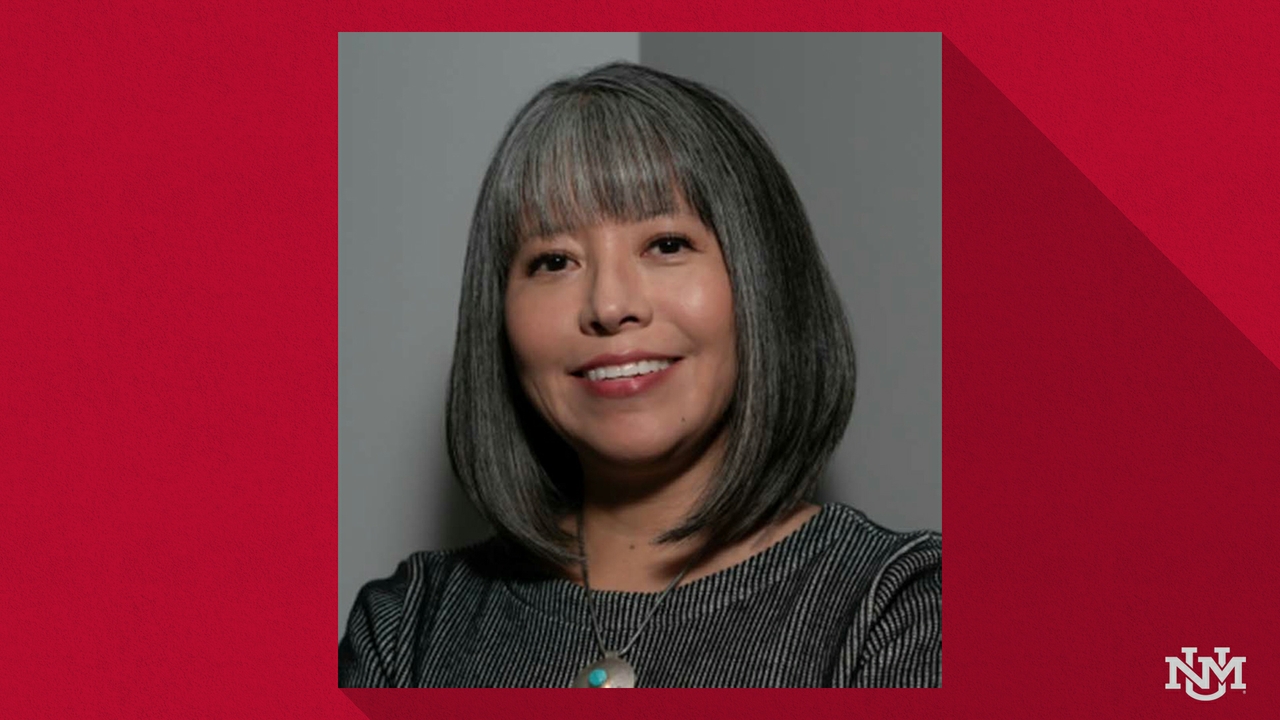 Chavez Lamar has been at the museum most recently since 2014, and earlier in her career was a museum intern (1994) and later an associate curator (2000–2005). She is currently the museum’s acting associate director for collections and operations. Chavez Lamar is an accomplished curator, author and scholar whose research interests are focused on Southwest Native art and the methodologies and practices involved in collaborating with Indigenous communities. 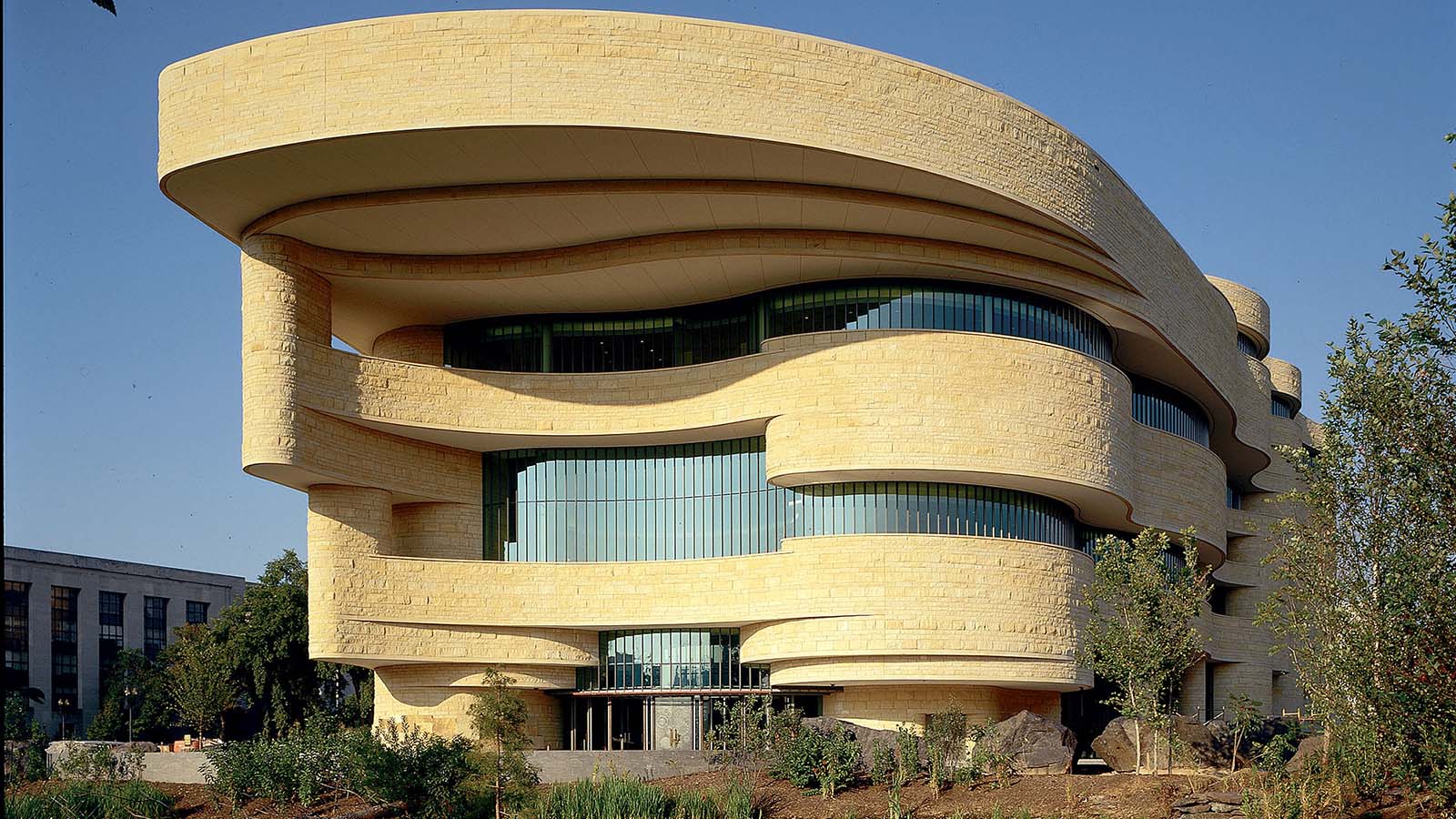 National Museum of the American Indian

Chavez Lamar is an enrolled member at San Felipe Pueblo, and her ancestry also includes Hopi, Tewa and Navajo on the maternal side of her family. She earned her doctorate in American Studies from the University of New Mexico, a master’s degree in American Indian studies from UCLA and a bachelor’s degree from Colorado College in studio art. She also received an honorary doctorate from Colorado College for her contributions to the museum field.

“UNM laid the academic foundation for my interest in collaborative methodologies and Native art,” Chavez Lamar said. “I was introduced to museum anthropology by way of a course I took with the late Dr. Mari Lyn Salvador. I was inspired by the collaborative work she did with the Guna of Panama. I also benefited from majoring in American Studies. Its interdisciplinary focus allowed me to combine my research interests in Native Art, cultural anthropology, and Native American Studies while pursing my doctorate.”

She served on the advisory board for the Alfonso Ortiz Center for Intercultural Studies at UNM and is scheduled to be a guest speaker there in April.

Chavez Lamar will oversee the museum’s three facilities: the National Museum of the American Indian on the National Mall in Washington, D.C., the museum’s George Gustav Heye Center in Lower Manhattan and the Cultural Resources Center in Suitland, Maryland. The Cultural Resources Center houses the museum’s collections and its curatorial and repatriation offices; laboratories and work rooms for conservation, collections management, registration, photography, film and video; a computer and information-resource center; a library; and indoor and outdoor spaces for Native cultural care practices and use of the collections.

“Dr. Chavez Lamar is at the forefront of a growing wave of Native American career museum professionals,” said Lonnie Bunch, Secretary of the Smithsonian. “They have played an important role in changing how museums think about their obligations to Native communities and to all communities. We look forward to Cynthia’s leadership as the NMAI enters a new phase of service to the Native Peoples of the Western Hemisphere.”

Since January 2021, Chavez Lamar has served as acting associate director for collections and operations at the museum. She is responsible for overseeing its collections, facilities, safety and information technology departments. She leads efforts to ensure effective management of and care for the museum’s collection, which is composed of more than 1 million objects and photographs and more than 500,000 digitized images, films and other media documenting Native communities, events and organizations.

“I am excited to begin my tenure as the director of the National Museum of the American Indian,” said Chavez Lamar. “I am looking forward to leading and working with the museum’s experienced and dedicated staff. Together, we will leverage the museum’s reputation to support shared initiatives with partners in the U.S. and around the world to amplify Indigenous knowledge and perspectives all in the interest of further informing the American public and international audiences of the beauty, tenacity and richness of Indigenous cultures, arts and histories.”

From 2014 through 2020, Chavez Lamar served as assistant director for collections at the museum. In this role, she guided the overall stewardship of the museum’s collection, which is one of the largest and most extensive collections of Native and Indigenous items in the world. Chavez Lamar led museum efforts to improve collection access and availability by advocating for and encouraging an increase in the number of collections online. She supported the development of a collection-information system module to record access, care and handling instructions provided by tribal, nation and community representatives. Chavez Lamar also established and prioritized partnerships and collaboration with Native nations and tribes and developed a loan program for tribal museum and cultural centers that provides training and technical assistance to enhance collections stewardship and reconnects descendant communities with the museum’s collections.

Chavez Lamar was the director of the Indian Arts Research Center at the School for Advanced Research in Santa Fe, NM, from 2007 to 2014. While there, she raised the visibility of the 12,000-object collection and developed institutional projects and programming to highlight it. She also led and supported the development of Guidelines for Collaboration to assist Native communities in accessing museum collections and museums working collaboratively with them.

From 2006 to 2007, she was the director of the Indian Pueblo Cultural Center in Albuquerque.

From 2000 to 2005, Chavez Lamar was an associate curator at the National Museum of the American Indian and the lead curator for “Our Lives,” one of the inaugural exhibitions in the Washington, D.C., museum when it opened in 2004. She collaborated with eight Native communities on the exhibition.

Chavez Lamar was a presidential appointee to the Institute of American Indian and Alaska Native Culture and Arts Development in 2011. She was a governor’s appointee as a commissioner to the New Mexico Arts Commission from 2009 to 2012. She currently sits on the advisory group for Indigenous North America at the Princeton University Art Museum.

In partnership with Native peoples and their allies, the National Museum of the American Indian fosters a richer shared human experience through a more informed understanding of Native peoples. The museum in Washington, D.C., is located on the National Mall at Fourth Street and Independence Avenue S.W. Connect with the museum on Facebook, Twitter, Instagram and AmericanIndian.si.edu.