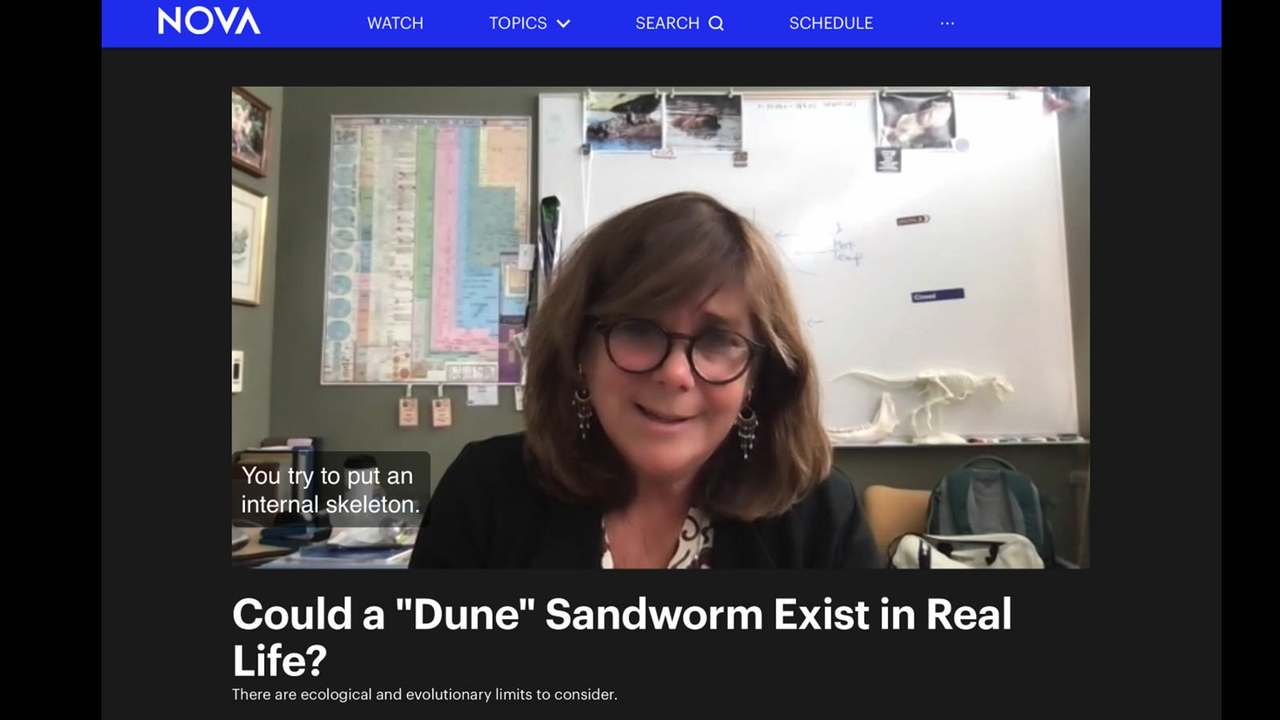 Sandworms are a staple of sci-fi horror: giant, terrifying worms, with gaping lamprey-like maws, that live under the desert sand of Earth or a distant planet. Sandworms have horrified those who encounter them in the films Tremors, Beetlejuice, Star Wars, and, most recently, the 2021 movie Dune, based on the 1965 sci-fi novel by Frank Herbert.

According to the story, the larvae of colossal worms produce a valuable commodity known as “the spice” on the planet Arrakis where the aggressive sandworms terrorize all who approach. Inspired by the new production of Dune, a new short video by the prime-time PBS science series NOVA features scientists discussing Could a ‘Dune’ Sandworm Exist in Real Life? 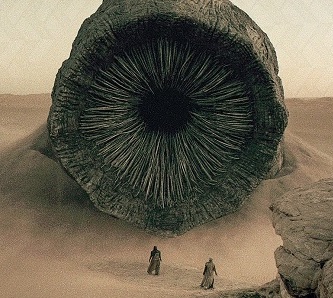 Among the experts ringing in on the subject is Felisa Smith, professor of Ecology and Evolutionary Biology at The University of New Mexico, who is an expert on animal body size and the constraints on it. Smith is the co-editor of a book called Animal Body Size: Linking Pattern and Process across Space, Time, and Taxonomic Group for the University of Chicago Press that examines animal body size in order to uncover the patterns and causal mechanisms of body size throughout time and across the globe.

Smith was recruited for the project by the PBS producers, with whom she’s worked before.

The producers of the NOVA feature ask, “Is there any science to this fiction,” adding that according to the fandom wiki page, sandworms in the Dune universe could grow to about 1,500 feet, or over a quarter of a mile long. In comparison, Earth’s largest animal, the blue whale, is about 80 feet long.

In the NOVA video thought exercise Smith gives the example of the African giant earthworm, “which sounds terrifying.” The worm is about 7 meters (23 feet long), which is huge but it's only an inch thick.

The maximum size an animal can reach is constrained by the laws of physics and biomechanics and there are ecological and evolutionary limits to consider.

“If you're a terrestrial animal and you're a vertebrate, you have to be able to walk around. And so it has been estimated that about 140 tons is the maximum size you can be before the width of your legs, basically, are so big that you can't walk efficiently, right, because they would hit each other. In oceans, of course, you can swim,” Smith explains, adding, “The blue whale is the largest organism that's ever been in the oceans as far as we know and it's on average 160 tons.” But marine animals are buoyed by water and don’t support their own weight.

The fictional sandworm is essentially a tube and the bigger they are, the thicker the body walls have to be to support them.

“So to make the sandworms that big, you'd have to have incredibly thick walls. There wouldn't be much space for anything else.”

The narrator asks if something could be added to the hypothetical sandworm so that it can support itself. Bottom line, Smith explains, the weight of a huge exoskeleton or internal skeleton would make it impossible to move, “So it's basically a giant thing lying there.”

In the video, Smith also addresses the idea of how a giant worm breathes under sand and asks, “What the heck is this thing eating?”

“It was well done and fun,” Smith remarked about the NOVA production.

“It was an opportunity to think about something different. I mean sandworms! I’m a long-time fan of science fiction so I had read the books years ago. It was fun. Unfortunately as much as it would be fun to imagine a world where they could exist I just couldn’t get around the biomechanics and physiology. So nay on the sand worms... I guess I’m going to have to go see the movie now!”