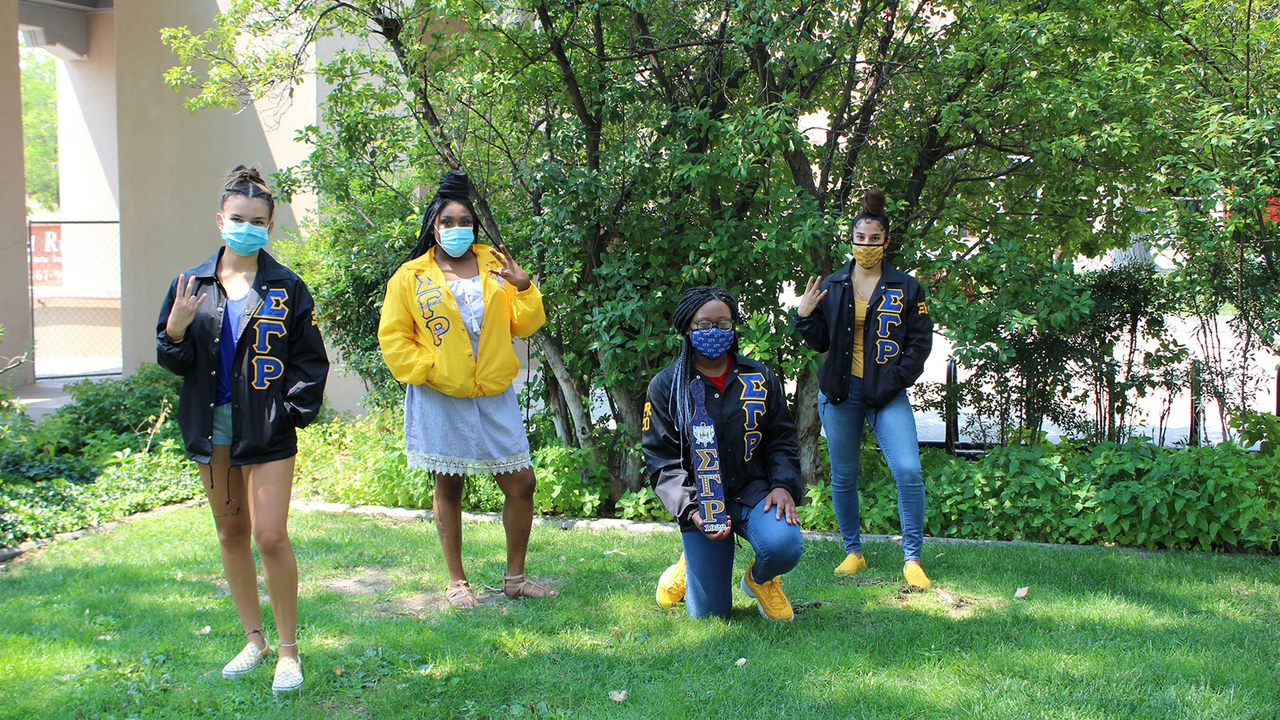 When Kamala Harris first came to national notice as a presidential candidate and then as the Democratic nominee for vice president, she joined a long line of distinguished members of the Divine 9, the nine historically Black sororities and fraternities that make up the National Pan-Hellenic Council. 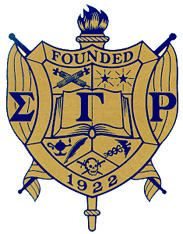 The University of New Mexico now hosts all of the D9 organizations, as the Sigma Gamma Rho sorority recently re-chartered on campus after a long absence.

“This is a special time for our Black Greek community as this now means all four of our historically Black sororities of the Divine 9 are now active at UNM,” said African American Student Services Director Brandi Stone, who is herself a member of Zeta Phi Beta Inc. “Collectively, the historically African American fraternities and sororities of the Divine 9 are leaders in our community and have played a prominent role in advocating for social justice. Recently our UNM undergraduate chapters all participated in statewide census outreach for the Black community over the summer.”

Nicole Tucker is a junior majoring in Information Technology and minoring in Cybersecurity. She plans a career at a technology company as part of a cybersecurity team. She came to UNM from Texas in part to re-charter Sigma Gamma Rho, a sorority of undergraduates that had faded away some years ago as members graduated and moved on. She is president of the Xi Eta chapter, the local undergraduate chapter of Sigma Gamma Rho Sorority, Inc.

“After 20 years we finally are back,” Tucker proclaimed. “We have been gone for a long time and it was time to make an appearance again. It was important for me to come and help with the re-chartering because I wanted to see our sorority grow. I wanted to expand our community service to places that need it. This is my second time re-chartering a chapter.” Tucker also re-chartered the organization at Texas State University where, she said, they hadn’t seen “poodles,” the Sigma Gamma Rho nickname, for 22 years.

“We are the smallest as far as numbers as a whole when it comes to the other sorority but we come out strong and ready. It’s like the saying goes, quality or quantity. It makes me happy that there are women who see the same and even bigger visions than I do when it comes to Sigma Gamma Rho Sorority Inc.,” Tucker said, adding that she was grateful to the graduate chapter Eta Beta Sigma of Sigma Gamma Rho Sorority Inc. for their support.

Tucker said Sigma Gamma Rho was the best fit for her because their values and motto of “Greater service, greater progress” stood out to her. The word “values” arises many times when talking to the sorority sisters.

Other members of the sorority at UNM are:

Odelle Brown, a sophomore from Des Moines, Iowa, majoring in Business and who plans to pursue a Ph.D. in Business. Brown is the Xi Eta chapter vice president.

“I joined Sigma Gamma Rho Sorority because I loved the message of ‘Greater service, greater progress’ the sorority exuberates. They help their own communities progress and thrive on their own. As a product of a single mother household, Sigma Gamma Rho really resonated with me because they center their programs around assisting single mothers,” Brown said.

"Finding sisterhood while being a part of a black Greek letter organization is so special because the ladies that you join the sorority with are going to be the ladies that you have a bond with well after your college days,” she continued. ”So having a couple of people that I can come to for anything, whether it’s for comfort, financial or advice, is so special and empowering. Knowing that no matter what happens in your life, there are sisters there to help you and support you through it is a special kind of strength not every woman experiences.”

Yashira Ortiz, a junior/senior, is from Delaware. She is majoring in Architecture Pre-Professional Study with a minor in Business Management. She is the Xi Eta chapter amiochus/anti grammateus. She plans to own an architecture firm with a focus on the dance industry.

“I joined this sorority to help make a change within different communities and hope that if others were to see me or see that I’m helping others succeed through different examples it will lead others in our direction of also becoming one of us and doing what we do,” Ortiz said.

Jezarae Van Zile of Rio Rancho, N.M., is majoring in Radiology with a minor in Psychology, and is Xi Eta chapter grammateus/epistoleus.

Like the others, Van Zile cited values as the reason she joined, noting, “I joined a Black Greek Letter Organizations because of the values that they hold. There are so many ways to make a change in communities all over the nation, and within Sigma Gamma Rho I can accomplish things that are bigger than itself...Our sorority is special because the core values of Sigma Gamma Rho Sorority hold strong… With our motto being ‘Greater service, greater progress,” we as a sorority are always progressing and serving others by trending events worldwide within our sorority and sharing within the community.”

Stone explained that the legacy of Black Greek life officially started on the UNM campus with the charter of Omega Psi Phi Fraternity, Inc.'s Sigma Gamma chapter in 1965. Since then chapters have come and gone, but today, eight of the Divine 9 are present on campus, with all four of the Divine 9 sororities on campus.

“All of our organizations have principles that center scholarship, service, sisterhood and brotherhood. These organizations all have national programs and initiatives implemented at the local levels to directly serve and impact our community from youth mentorship, health initiatives, voter engagement and social and civic action and so much more.

Stone said membership provides students an extra level of retention support as they matriculate in higher education because of the encouragement and help they receive from their graduate and alumni chapter members. It also provides individuals a chance to receive professional mentorship and community from an international membership of like-minded individuals.

“What makes this experience special and unique for members is that it is a lifetime commitment,” she said. “Membership does not stop after college graduation, and all of our organizations have members who have been financially active in their communities since they were 18 and might now be 90-something years old! It is a special bond both within and across these organizations.”

“Black Greek Life has been on our campus since the 1960s and so many of the students that have come through these chapters have significantly impacted the Black student experience for the better. We are excited to see what the ladies of Sigma Gamma Rho will do on campus,” Stone said.