Just recently Cuban scholar and educator Luisa Campos had the opportunity to visit the United States. It was only the second time the teacher, with historical significance, has visited the country. Her trip was a rare opportunity for New Mexicans to learn more about the history behind Cuba's exceptional literacy rates. "Yo Sí Puedo: From the Cuban Literacy Campaign to a Global Movement," was organized by UNM’s Latin American & Iberian Institute (LAII) in partnership with Instituto Cervantes of Albuquerque, the National Hispanic Cultural Center and The Literacy Project.

In 1960, Fidel Castro announced in a United Nations speech that Cuba would eradicate illiteracy within a year. By 1961, the National Cuban Literacy Campaign was launched and in that same year celebrated as a success. 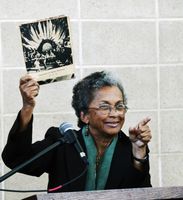 The success of the volunteers’ efforts in Cuba has had worldwide repercussions. Reproduced through the Yo Si Puedo program, the Cuban Literacy Campaign launched a worldwide movement to enhance literacy, reaching over six million people in twenty-nine countries.

“The LAII was thrilled to host Luisa Campos. We have been leading community trips to Cuba for the past three years and almost every trip has included a visit to the National Literacy Museum in Havana which Luisa directs,” said Amanda Wolfe, LAII associate director for program development. “The overwhelming majority of our trip participants cite the museum and their conversation with Luisa as the most impactful and memorable aspect of their time in Cuba.” 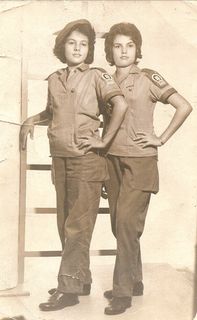 Almost half of the movement volunteers were under 18 and over half of them were women.

Campos holds a master’s degree in education and has taught for over forty years at the José Enrique Varona Pedagogical University in Havana, Cuba where she also serves as the director of the Cuban Literacy Campaign Museum and teaches courses at the undergraduate, graduate, and postgraduate level on topics such as Cuban history, ethics, José Martí, adult education, literacy, and the Yo Si Puedo program. She has also served as an advisor for the Yo Si Puedo methodological programs in Cuba and abroad.

Campos’ visit to New Mexico was influenced by a collaboration with filmmaker, Catherine Murphy, who visited UNM in April 2015. Murphy produced the documentary “MAESTRA.” The film explores the story of the literacy movement and its volunteers through the personal testimonies of the young women who went out to teach literacy in rural communities across the island and found themselves deeply transformed in the process.

The movement and Campos are also inspiring the next program for the LAII. "A Revolutionary Perspective on Education" is scheduled for July. Several teachers and faculty from New Mexico—through a partnership with Florida International University, will travel to Florida to learn more about the literacy campaign and educational system in Cuba, among other topics. Campos was again instrumental in helping to connect UNM with her friends and colleagues in Cuba who will elaborate on the educational system.

For more information on the Cuban Literacy Campaign, visit the website for the documentary MAESTRA. 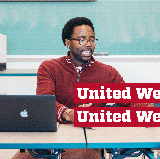 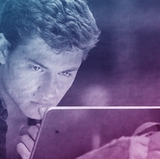