The CPRC is a professional policy-making and advisory board for historic preservation in New Mexico. The committee is composed of nine members, each of whom must have specialized knowledge of New Mexico and have gained recognition for achievement in his or her field in the American Southwest.

The CPRC virtual ceremony will take place Friday, May 21 at 1 p.m. and will recognize seven awardees:

Nación Genízara explores the origin, cultural evolution, and survival of the Genízaro people. It was the winner of the 2021 Heritage Publication Award from the New Mexico Historic Preservation Division and the second-place winner of the 2020 International Latino Book Award for Best History Book.

Historian Fray Angélico Chávez defined Genízaro as the ethnic term given to indigenous people of mixed tribal origins living among the Hispano population in Spanish fashion. They were captured during wars with Utes, Apaches, Comanches, Kiowas, Navajos and Pawnees and were brought to colonial society as captives. By 1800, Genízaros made up a third of the population. Many in the land-grant societies assimilated into Hispano and Pueblo society, while others retained their identity through custom, self-government, and kinship.

The prevalence of Genízaro ethnicity today blurs the boundaries between Native and Hispanic race and cultural association structures. This is the first research to concentrate solely on the Genízaro's detribalized Native experience in New Mexico. Click here to read more about the book through UNM Press. 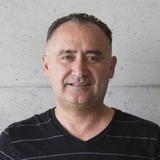 Moises Gonzales
Moises Gonzales is an associate professor of Urban Design in the Community and Regional Planning Program (CRP) at the School of Architecture and Planning (SA+P) at the University of New Mexico. He also serves as the Director of the Resource Center for Raza Planning, which is a community outreach center within SA+P whose mission is to provide technical assistance in the areas of community development, design and natural resource planning for traditional communities throughout New Mexico.

Gonzales focuses his teaching on Physical Planning and Urban Design as well as Historic Preservation of the Southwest. Moises is co-editor with Enrique R. Lamadrid of Nación Genízara, Ethnogenesis, Place, and Identity in New Mexico by University of New Mexico Press (2019). Moises Gonzales is also co-author along with Robert William Piatt, Jr. of the book Slavery in the Southwest Genizaro Identity, Dignity and the Law by Carolina Academic Press (2019). 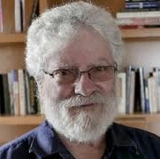 Enrique Lamadrid
Enrique Lamadrid is a professor emeritus of Spanish and former director of Chicano Hispano Mexicano Studies at UNM. His teaching and research interests include Southwest Hispanic and Latin American folklore and folk music, Chicano literature, and literary recovery projects. He has done fieldwork with students all over New Mexico, as well as in Mexico, Spain, Colombia, and Ecuador.

Lamadrid is active in international education and is co-founder and director of UNM's CONEXIONES Program. He has served as a field worker and presenter for the Smithsonian Institution's Festivals of American Folk Life and has done extensive work for the Museum of New Mexico and National Hispanic Cultural Center. As an academic curator, he has worked with numerous exhibits with his students and headed the design team for the Camino Real International Heritage Center.