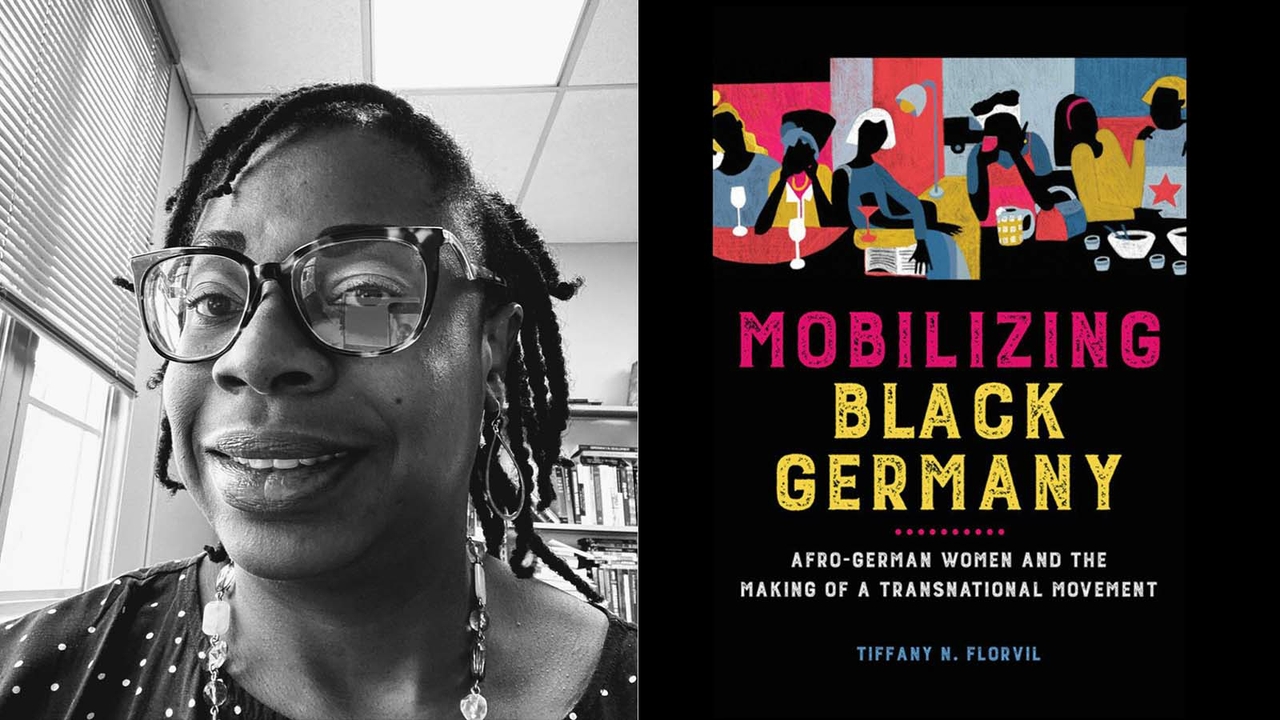 Tiffany Florvil, professor of History at The University of New Mexico, has received the Waterloo Centre for German Studies prize for her research in her book Mobilizing Black Germany: Afro-German Women and the Making of a Transnational Movement.

The Waterloo Centre for German Studies (WCGS) promotes research into any and all aspects of the German-speaking world. It encourages the communication of research findings to both academics and the broader public. In an interview with WCGS Florvil said that she was honored to have her book placed on the prize shortlist.

In 2020, Florvil, an expert on transnational Black political mobilization and feminism, published Mobilizing Black Germany, a book that illustrates a rich and complex canvas of cultural activity that is uniquely Black and German. It models a way to write scholarship placing people of color at the center of German culture.

According to the press release, “Tiffany N. Florvil examines the role of queer and straight women in shaping the contours of the modern Black German movement as part of the Black internationalist opposition to racial and gender oppression. Florvil shows the multifaceted contributions of women to movement making, including Audre Lorde’s role in influencing their activism; the activists who inspired Afro-German women to curate their own identities and histories; and the evolution of the activist groups Initiative of Black Germans (ISD) and Afro-German Women (ADEFRA).”

“After the fall of the Wall, so post 1989, there was sort of a resurgence of ethnonationalism that occurred that really impacted black people more broadly,” said Florvil in the WCGS interview. “Not only black Germans, but African migrants and immigrants who were in Germany; they were enduring racial violence. There was also a presumption that black Germans really weren't German.”

Prize jurors called Mobilizing Black Germany an “immensely important book” that charts new ground in German social history. “This book will be essential to German studies scholars as well as provide the general public with an accessible introduction to a not-so-familiar chapter of German history.”

“I think [White German women] weren't aware that racism still impacted them. I think that, seeing that, they thought, ‘Oh, racism is for those minoritized communities’,” said Florvil regarding the friction from other minority groups in her interview. “And this is why intersectionality matters. Because it's not only about racism; it's about sexism, classism, homophobia, ableism. All of these things are connected.”

Click here to listen to Dr. Florvil’s interview with The Waterloo Center about her German studies and teachings and here for more information on the book Mobilizing Black Germany.