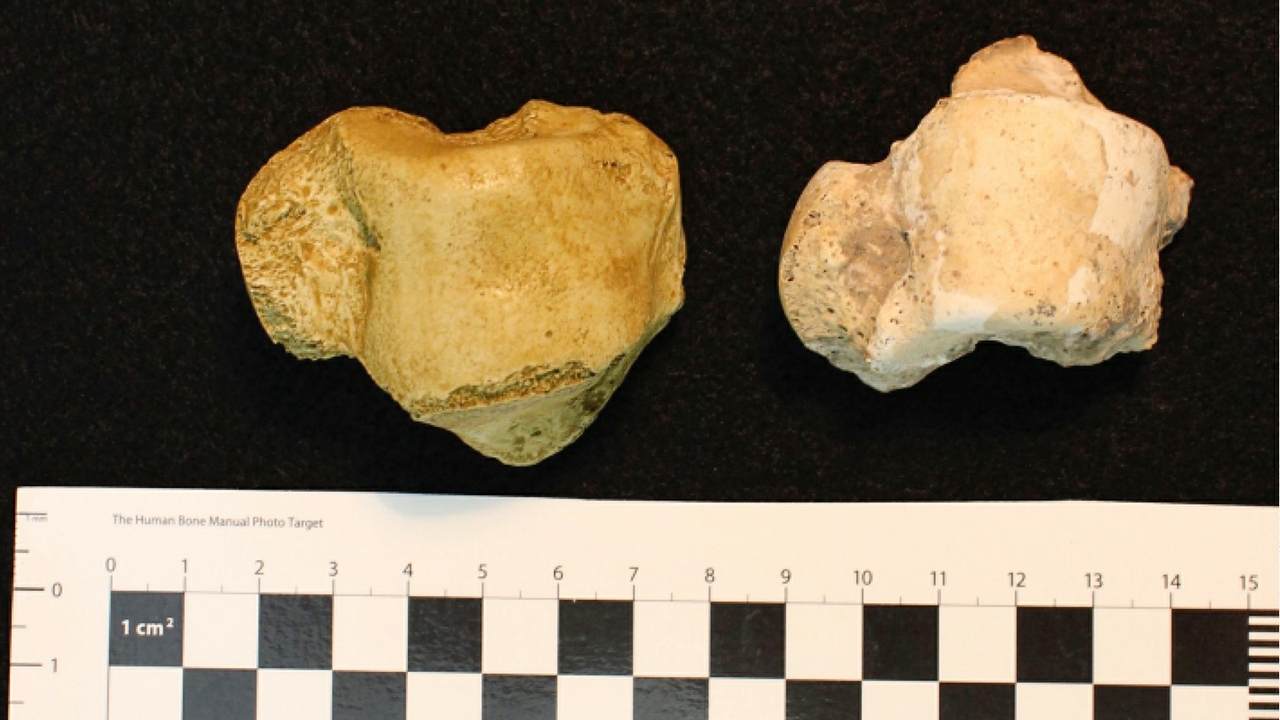 Somewhere around 55,000 to 60,000 years ago, a woman lived in a cave in what is now called Israel. Mostly likely, she was a Neandertal, probably a little over 5 feet tall and weighing an estimated 130 pounds.

In an excavation that started in 1991, a group of archaeologists discovered the remains of at least 15 Neandertals in the Amud Cave, among them the fossilized foot bones of the woman now known to scientists as Amud 9. 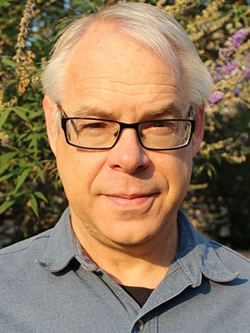 Pearson explained that the Amud Cave had been excavated initially in the 1960s by Japanese archaeologists. They recovered a fragmentary skeleton of an adult male Neandertal. This skeleton differed in some respects from “classic” Neanderthals from Europe in being taller and more slender. A number of researchers subsequently speculated that the Amud Neandertal might be evidence of a transitional toward modern humans.

Amud Cave opens onto a wadi (a dry river) that leads to the western side of the Sea of Galilee in northern Israel. The partial foot was one of several Neandertal fossil finds, including the partial skeleton of an infant and other, smaller fragments, recovered during excavation of the cave in 1991-1995 by Erella Hovers of the Institute of Archaeology, Hebrew University, Israel; Yoel Rak, Department of Anatomy and Anthropology, Sackler School of Medicine, Tel Aviv University, Israel; and Bill Kimbel from the Institute of Human Origins, Arizona State University. Pearson was not part of that excavation.

Pearson explained that as new technology had developed, especially new methods of obtaining radiometric dates that extended beyond the range of radiocarbon, a new excavation was warranted.

Materials from the new excavations provided a large number of new insights. The levels associated with Neandertals and their tools dated to 53,000-70,000 years ago. The youngest ages for the Neandertal deposits placed the Amud people among the last known Neandertals in Israel and Lebanon. The Neandertals there were replaced between 55,000-45,000 years ago by modern humans.

“I was invited to work on the bones by Dr. Erella Hovers and Dr. Rak. My part in the paper was to measure the bones, write the descriptions, and run most of the analyses. Dr. Adrían Pablos of Centro Nacionale de Investigación sobre la Evolución Humana and Centro Mixto UCM- ISCIII de Investigación sobre Evolución y Comportamiento Humanos, both in Spain, provided a large database of comparative measurements on other fossil feet as well as those of recent humans,” he said.

“The Neandertals seem to have been doing very well and not overly stressed or showing clear signs of admixture with modern humans — before this sudden change. The change to modern humans remains a big, unsolved mystery…  It is fascinating to know about the lives of ancient people — in some ways so much like ours, but in others incredibly different.” — Professor Osbjorn Pearson

“We found that the partial foot from Amud 9 most closely resembled the bones of Neandertals, but with a few exceptions — it was a bit more slender than European Neandertals and the talus (ankle bone) also resembled those of 100,000-year-old modern humans from Israel and 300,000-year-old Neandertal ancestors from Spain. Thus, Amud 9 is almost certainly a Neandertal, but one with a local twist,” he said.

Based on work Pablos had done with the foot bones of modern people with known body mass and stature, Pearson and the team were able to estimate that the foot likely belonged to a female Neandertal who was 160-166 cm (5’ 3” to 5’ 5”) in height and around 59.9 kg (132 pounds). Amud 9 was an adult, but probably not an old individual. 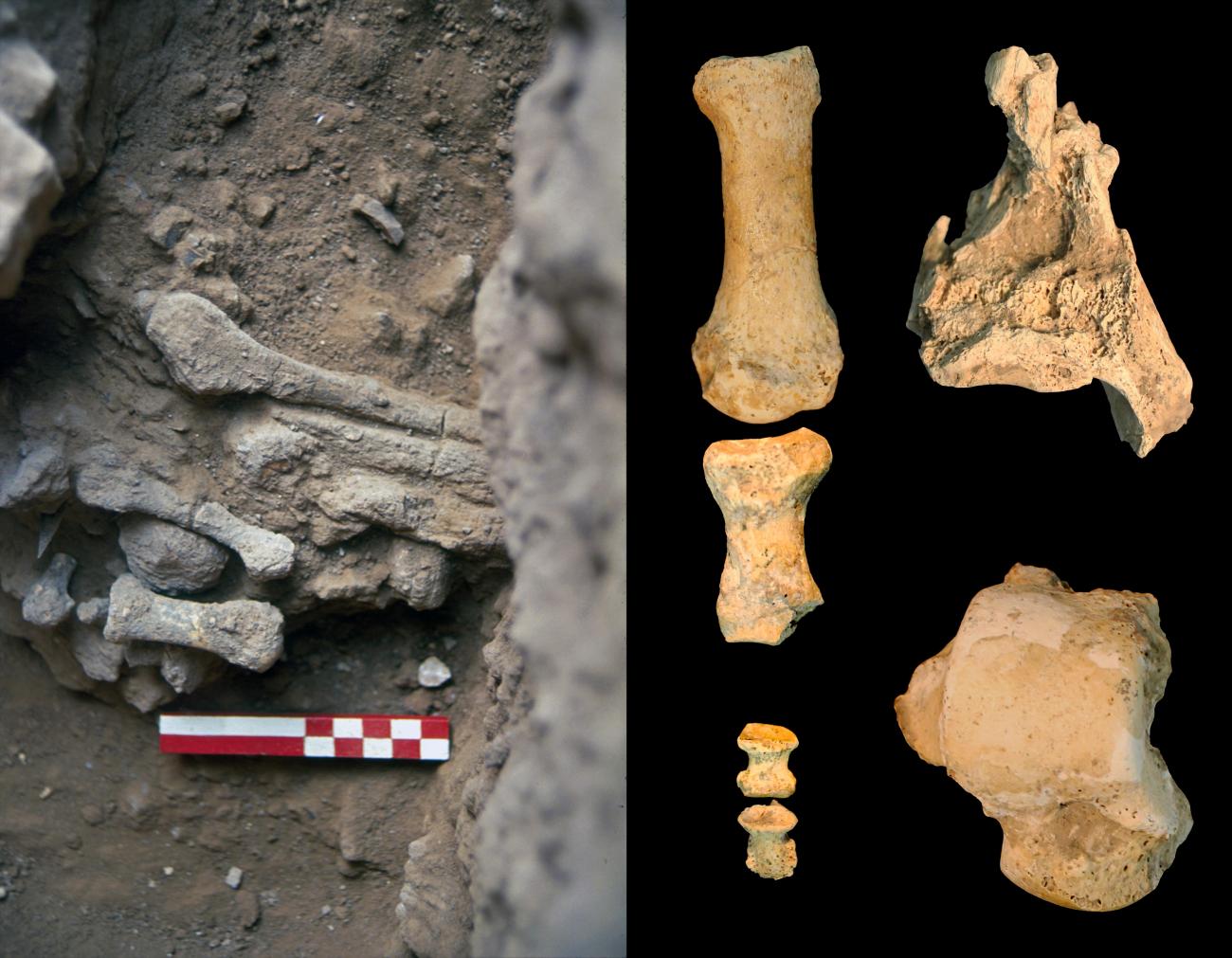 The purpose of the paper, Pearson said, was to provide a description of the fossil foot bones and to test whether they definitively were Neandertals or showed signs of an intermediate morphology between modern humans and Neandertals.

Amud 9 was not particularly tall by modern standards, Pearson said, but was fairly heavy for her height, adding that Neandertals as a group seem to have been slightly more muscular and big-boned than modern people.

“Neandertals have a large number of fairly subtle differences from modern humans. These are present in the skull as well as the rest of the skeleton. Neandertals had broad, stubby feet that would have looked unusual to most people today,” Pearson said. Anthropologists think that four factors may underlie most of the differences: adaptation to a cold climate (the stocky physique and broad, stubby feet and hands); a need for greater physical strength than later humans; growing up without wearing footwear (this seems to produce slightly broader feet with better developed intrinsic muscles); and genetic drift which may have produced a variety of random physical differences.

The Neandertals of Amud were hunter-gatherers who lived in a comparatively rich environment, Pearson said. They hunted gazelles, fallow deer, wild goats, and collected a variety of plant foods, likely including the wild ancestors of barley, wheat, beans, grapes, and pistachios, all of which were domesticated tens of thousands of years later in the same region.

Researchers can only speculate about other aspects of their lives.

“Largely based on patterns we can observe among groups of hunter-gatherers who are known from ethnographic accounts, Neandertals probably lived in small groups of two to five families who cooperated in hunts and shared food. It is likely that males did most of the hunting and females most of the gathering of plant foods. Both male and female work was essential for the survival and well-being of their families. These small bands may have congregated into larger groups when food was abundant. They were nomadic and would move their camp site several to many times each year as local resources became depleted.”

Amud 9 dates to a time just before Neandertals were supplanted in the Middle East by modern humans.

“The Neandertals seem to have been doing very well   ̶  and not overly stressed or showing clear signs of admixture with modern humans — before this sudden change. The change to modern humans remains a big, unsolved mystery…  It is fascinating to know about the lives of ancient people — in some ways so much like ours, but in others incredibly different,” Pearson said.

The spelling “Neandertal” may look strange but is now preferable spelling, Pearson noted. It is the modern German spelling for the place (Neander Valley) where the first fossil widely recognized as pre-modern human was discovered.