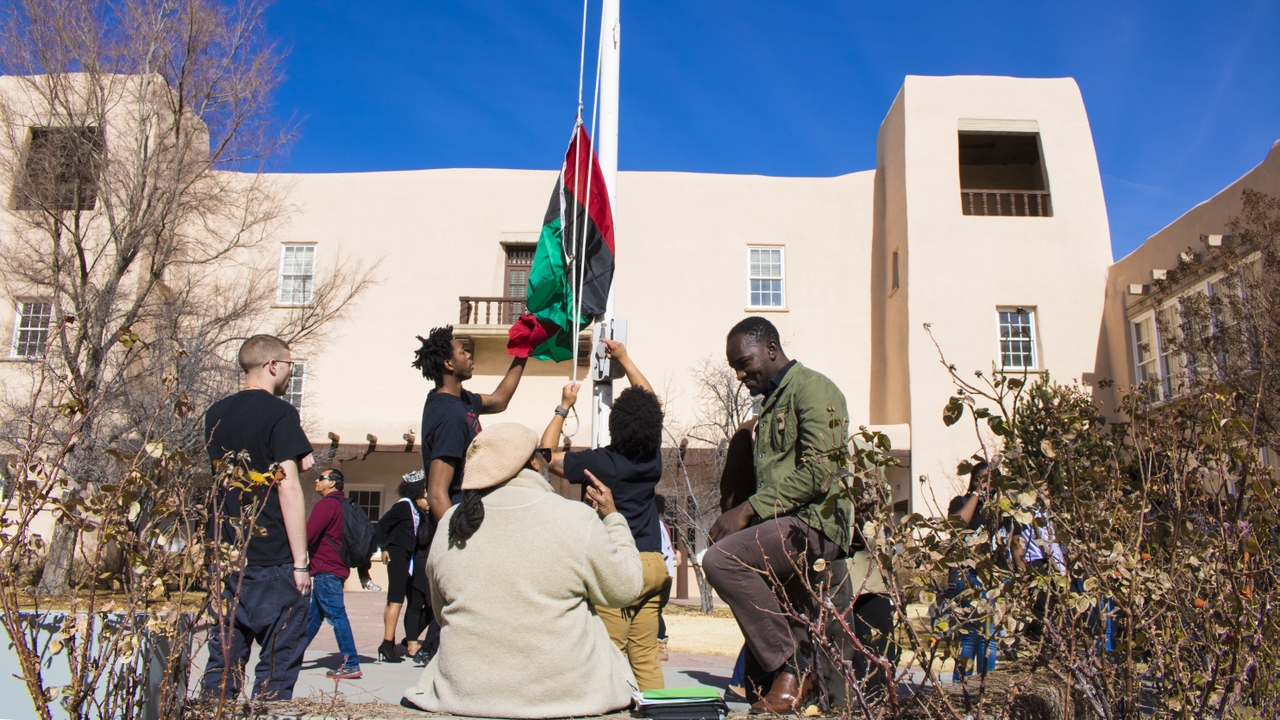 was held at Scholes Hall, followed by a reception in the African American Student Services lounge to officially recognize the significance of Black History Month and planned events. 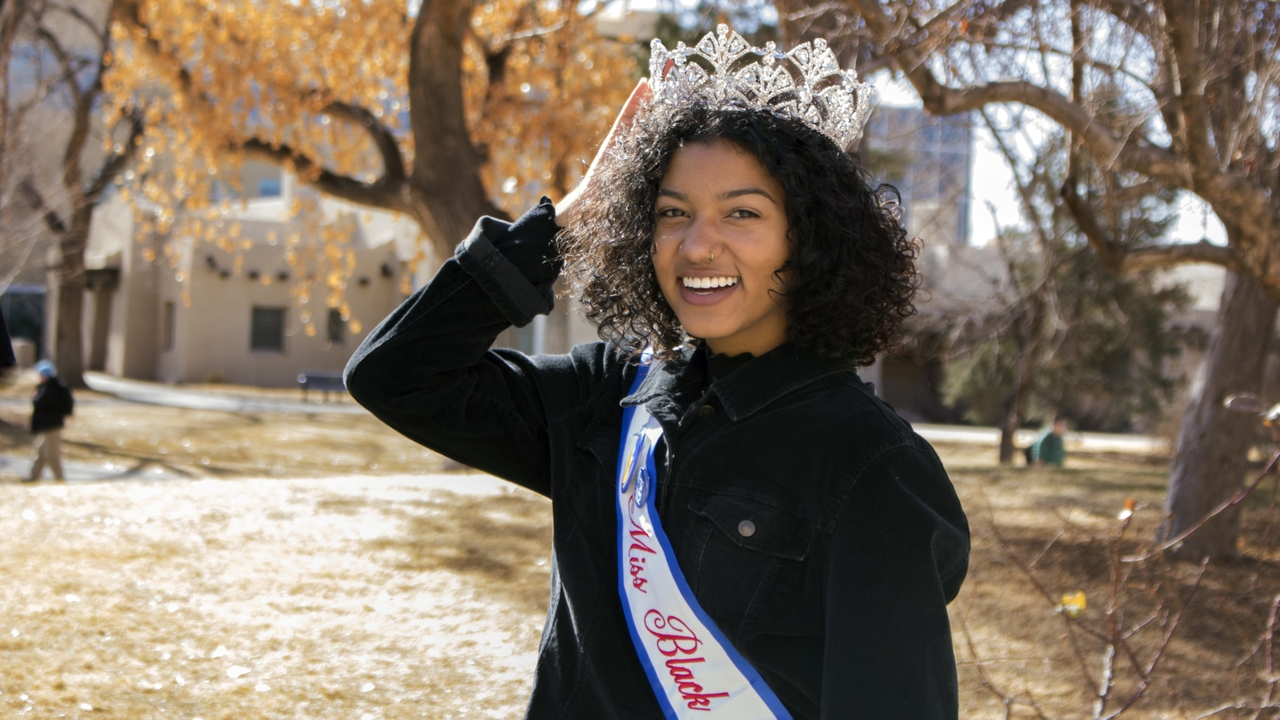 Miss Black New Mexico was among the many guests at the flag raising ceremony in front of Scholes Hall. 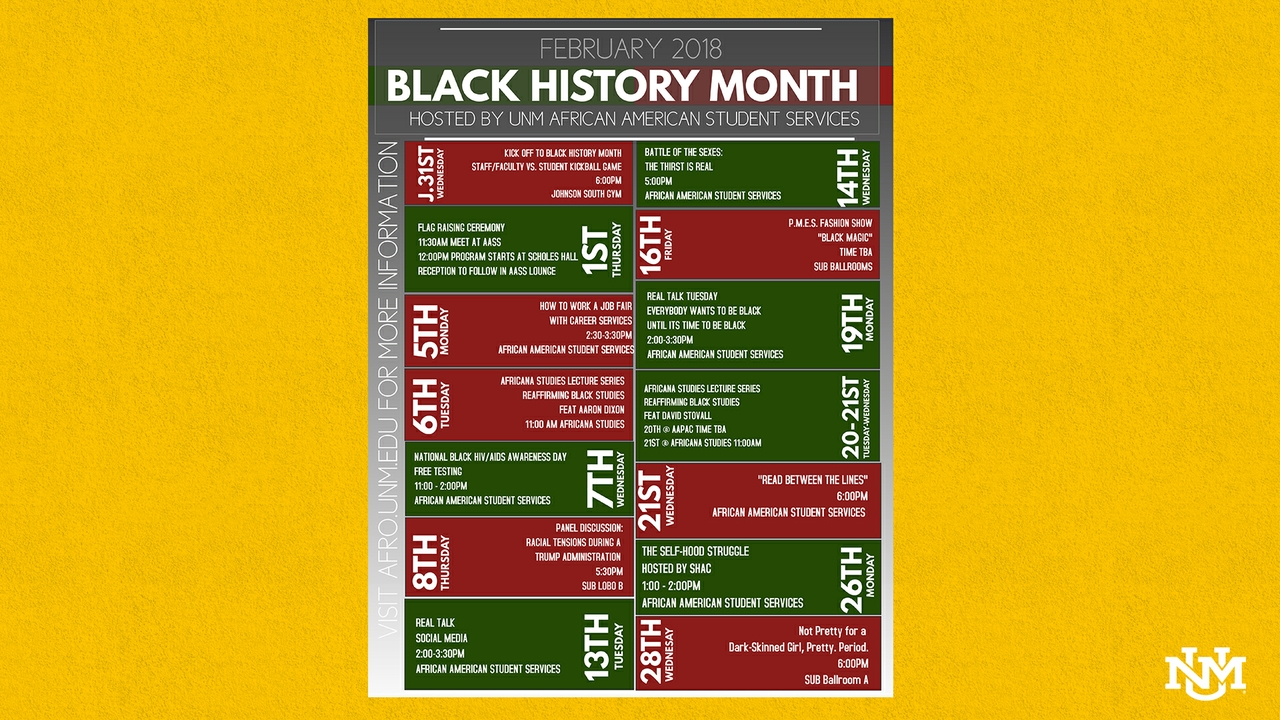 Barbara Brown Simmons has orchestrated many events that are forever part of The University of New Mexico’s historical fabric. Her recent oral history project immortalizes these events, making sure important parts of the University’s history—and the lessons learned—are kept alive.

To understand the significance of the project, and the supporting cast, we must first go back in time.

The year is 1965. A young African American college student named Barbara Brown and a group of her fellow lobos are trying to bring awareness to the inequality and injustice experienced by African Americans, not just on college campuses, but in communities across the U.S.

Demonstrations were held and so was Brown for participating in them.

“When I got to UNM, I noticed black students were almost like invisible students—there was nothing for us: culturally, socially or in the classroom,” said Brown Simmons. “At that time, the Civil Rights Movement was going on nationally. I was inspired to participate in that movement.”

Brown Simmons also pointed out, “We felt like we needed to do everything we could to fight racial injustice. We were riding on the backs of people getting bit by dogs, sprayed by water hoses, and even though at some point we knew we might get kicked out of school and our parents would be devastated, we felt obligated. I felt pride in coming together like that.”

"We have to make sure young and old people know our history—have a connection, because when there’s a disconnect there’s no responsibility.”  —Barbara Brown Simmons

Keeping with the momentum of the time, Brown, along with a group of students and Academic Advisor Joe Long, helped create a Black Studies Program – a move supported by the dean of students at the time, Charles Roberts.

Now known as the Africana Studies Program, it uses an interdisciplinary approach to uncover and examine the historical, political and cultural experiences of peoples of Africa and of African descent in the American Southwest, and across the globe.

“We were a cohesive solid group, our basic purpose was for racial equality—to eliminate racism,” said Brown Simmons. “We wanted to be included on all levels of the University experience.”

“I hope that anyone that listens to the interviews understands that we all have our obligation. If you can stop hatred here, you can stop it there,” she said. “There is hatred against Muslims right now. We just need to stop hatred. One of the reasons why these oral history DVDs are so important is that we have to make sure young and old people know our history—have a connection, because when there’s a disconnect there’s no responsibility.”

The project orchestrated by Brown, now a retired attorney, was done in conjunction with the UNM Black Alumni Chapter and African American Student Services.

The stories, experienced firsthand by the participants, detail the almost incomprehensible experience of being African American during a deeply divided time.

This cross-section of Alumni stories are now deeply woven into the University’s history, and the many moments of courage, injustice and triumph are detailed so clearly, the viewer is transported back in time.

The ten interviewees include:

Feb. 1 marks the beginning of Black History Month. Many activities are planned to celebrate the achievements of African descent nationally and right here at The University of New Mexico.

To mark the occasion this year, a flag raising ceremony was held at Scholes Hall, followed by a reception in the African American Student Services lounge to officially recognize the significance of the month and planned events.

Throughout February, African American Student Services in conjunction with the Africana Studies Program has several planned events, including a panel discussion on racial tensions during the Trump administration, a fashion show benefiting a local charity and the group discussion Real Talk: Everyone Wants To Be Black, Until It’s Time To Be Black.

The complete listing of events can be found on the AASS website. 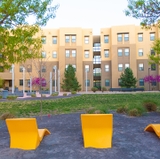 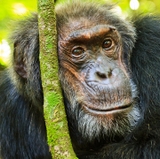