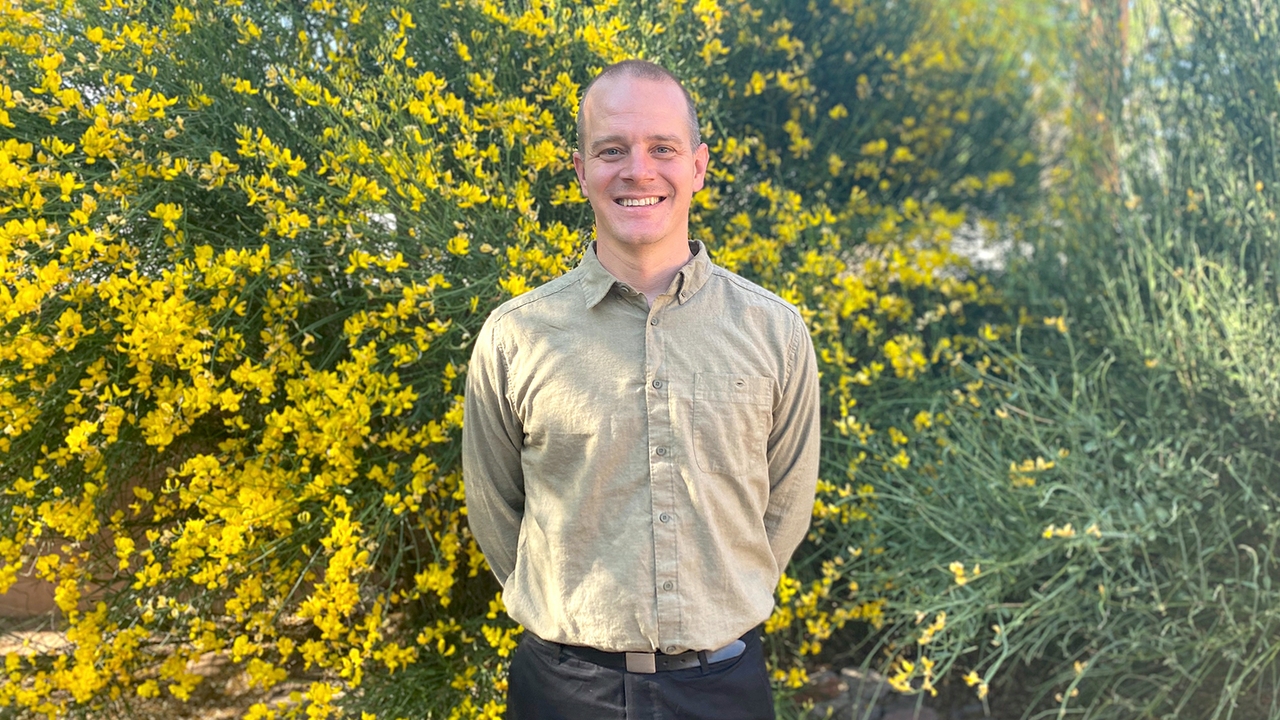 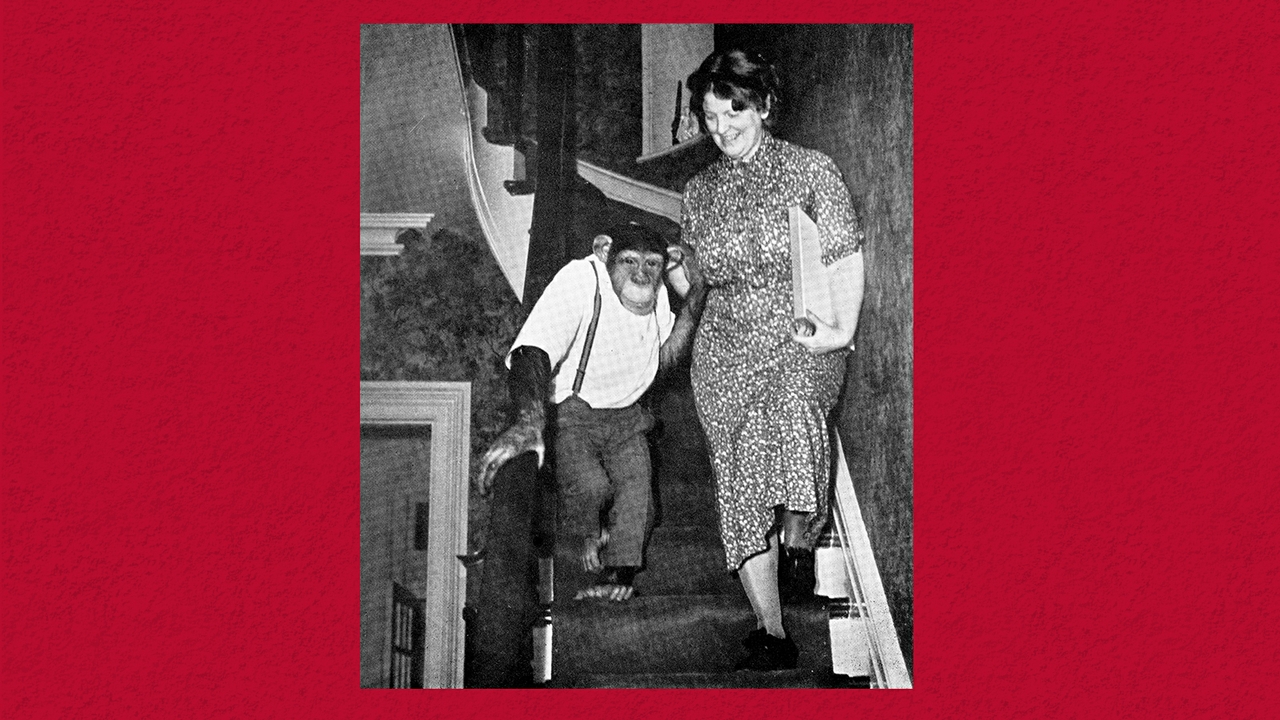 and Gertrude Lintz, wealthy socialite and collector of exotic animals

The answer to a topic of debate among researchers about the anatomy of our ancient human ancestors may lie in the quirky life of a wealthy New York socialite who raised a chimpanzee named Suzy to live like a human child during the 1930s.

Phalangeal curvature in a chimpanzee raised like a human: Implications for inferring arboreality in fossil hominins was recently published in Proceedings of the National Academy of Sciences (PNAS) by University of New Mexico assistant professor of Anthropology Ian Wallace and his colleagues, Loring Burgess at Harvard, and Biren Patel at the University of Southern California. In their research, they examined Suzy’s skeletal remains to better understand why living primates and fossil human ancestors (hominins) exhibit substantial curvature in their finger and toe bones (phalanges). 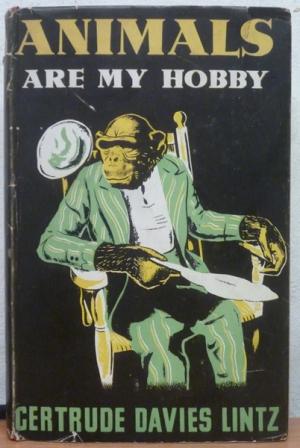 Animals Are My Hobby

“I study how humans evolved to use their bodies to move, and I explore how the way humans use their bodies has changed over time,” Wallace explained. “I'm especially interested in the transition from our most ancient human ancestors, who walked on the ground as well as climbed trees, to the earliest humans who were fully committed to terrestrial locomotion.”

The reason this recently published paper is of interest and important is because Suzy’s hand and foot bones help resolve a big debate in paleoanthropology about what phalangeal curvature in fossil hominins can tell us about the locomotion of our ancestors.

Wallace explained the debate: “Several fossil hominin species have curved finger and toe bones, including very ancient species as well as some that lived only a few hundred thousand years ago. This is interesting because when we look at different types of living primates, the only species that have curved phalanges are those that spend lots of time climbing and hanging from tree branches.

"With this in mind, some researchers think phalangeal curvature in fossil hominins is strong evidence of substantial time spent in trees. Other researchers, however, strongly disagree.”

The first group of researchers thinks that phalangeal curvature develops throughout life in response to mechanical loads placed on figures and toes during climbing and hanging, whereas the other group thinks that the trait is largely genetically determined.

“Just like your muscles get bigger when you lift weights, many researchers think that phalanges become curved by the forces placed on hands and feet. If that’s true, then it’s reasonable to infer that fossil hominin phalanges would not be curved unless those individuals were actually spending a lot of time using their hands and feet to move in trees,” Wallace said. “But other researchers disagree and think that rather than being caused by loading during life, phalangeal curvature develops spontaneously due to genetics. In this case, curved phalanges could simply be an evolutionary vestige and not necessarily a direct indication of how much time was spent in trees.”

To better understand whether lifetime loading or genetics has a greater influence on the development of phalangeal curvature, Wallace and his collaborators took advantage of a unique and rather strange piece of evidence, the hand and foot bones of Suzy.

Suzy was captured as an infant in the wild in Africa and shipped by boat in 1931 to Gertrude Lintz, a wealthy socialite and exotic animal collector. Suzy lived on Lintz’s estate in Brooklyn, NY, along with hundreds of other animals in Lintz’s collection, including more than a dozen other young chimpanzees.

Lintz deliberately raised Suzy and all of her other chimpanzees to live like human children, training them to wear clothes and shoes, sit in chairs, eat with cutlery and drink from cups, bathe and brush their teeth, use toilets, and sleep on mattress beds with blankets.

Most importantly to his research, Wallace said, Lintz raised her chimpanzees to develop human-like patterns of locomotion, by training them to habitually walk on two feet and restricting their chances to engage in tree climbing and suspension.

Suzy died in 1941 when she was an adolescent. After her death, Suzy’s skeleton was donated to Harvard University’s Peabody Museum. None of the skeletons of Lintz’s other chimpanzees were preserved for research after their death. Wallace first learned about the existence of Suzy's skeleton when he was a postdoctoral research fellow at Harvard.

“I was working in the Peabody Museum looking at some human skeletons when I overheard the museum staff talking about Suzy’s skeleton. I asked some questions, and when they told me a bit about Suzy’s story, I immediately realized how her bones could be really useful for addressing this question about what causes the phalangeal curvature of fossil hominins,” he explained, adding, “If climbing and hanging from branches during life is necessary to develop the phalangeal curvature seen in hominins, then the phalanges of a chimpanzee who lived like Suzy did should look more similar to those of a human than a wild chimpanzee.”

But that is not what Wallace and his colleagues found. Rather than being straight like human phalanges, Suzy’s phalanges were just as curved as those of wild chimpanzees. This suggests that finger and toe bone curvature is not caused directly by mechanical loading during life but instead primarily by genetic factors.

“I was actually very surprised by the results,” Wallace said. “There is tons of evidence that bones can sense and respond to loading. For example, there’s no question that exercise can help a person grow big, strong bones, while being a couch potato can lead to bone loss. So, I expected that phalangeal curvature would be influenced by loading. But Suzy’s bones indicate that curvature is one feature of bone structure that is probably largely determined by genetics.”

Wallace is quick to point out that the results of the study do not mean that fossil hominins with curved phalanges did not spend time in trees.

“The fact that primates who live in trees have curved phalanges is almost certainly not coincidental. Curved phalanges are likely an adaptation for climbing and hanging. But our study suggests that when we see curved phalanges in fossil hominins, we must be careful with our interpretations. Curvature could be functionally important because that particular species indeed spent a lot of time in trees, or it could be functionless and just a retention from an earlier ancestor who spent a lot more time in trees. Ultimately, to rigorously assess how much time a hominin species spent in trees, you need to consider a lot of other anatomical traits besides phalangeal curvature.”

Although the study has the potential to change thinking among paleoanthropologists, Wallace remains humble.

“We were lucky to have stumbled across Suzy’s skeleton. Good research almost never involves a sample size of just one," said Wallace. "Honestly, probably the most difficult part of the project was finding a copy of Lintz's autobiography, Animals Are My Hobby, which is where she describes the process of raising her chimpanzees.

"The book is quite rare. Harvard had a copy but it was in the antique book collection and difficult to access. So, I ended up having to buy a copy online for way too much money. Personally, I found the book to be pretty boring and ridiculous, but it was worth the high price because of all the information in had on Suzy's lifestyle, as well as some good pictures of Suzy.”

About Lintz, Wallace said, “She was certainly not a scientist, and her goal of kidnapping wild chimpanzees to raise them like human children was undoubtedly unethical. Hopefully nobody ever tries to do that again.”

He also noted there are no chimpanzees at UNM. “Research involving laboratory chimpanzees is very rare today in the United States. For our study, we studied the bones of a chimpanzee who died over a half-century ago. Although we do not necessarily agree with all the ways in which Suzy was treated, we are glad that her life was able to teach us something important about the underlying causes of an anatomical trait that for decades has been at the center of heated debates about the locomotor patterns of fossil hominins.”