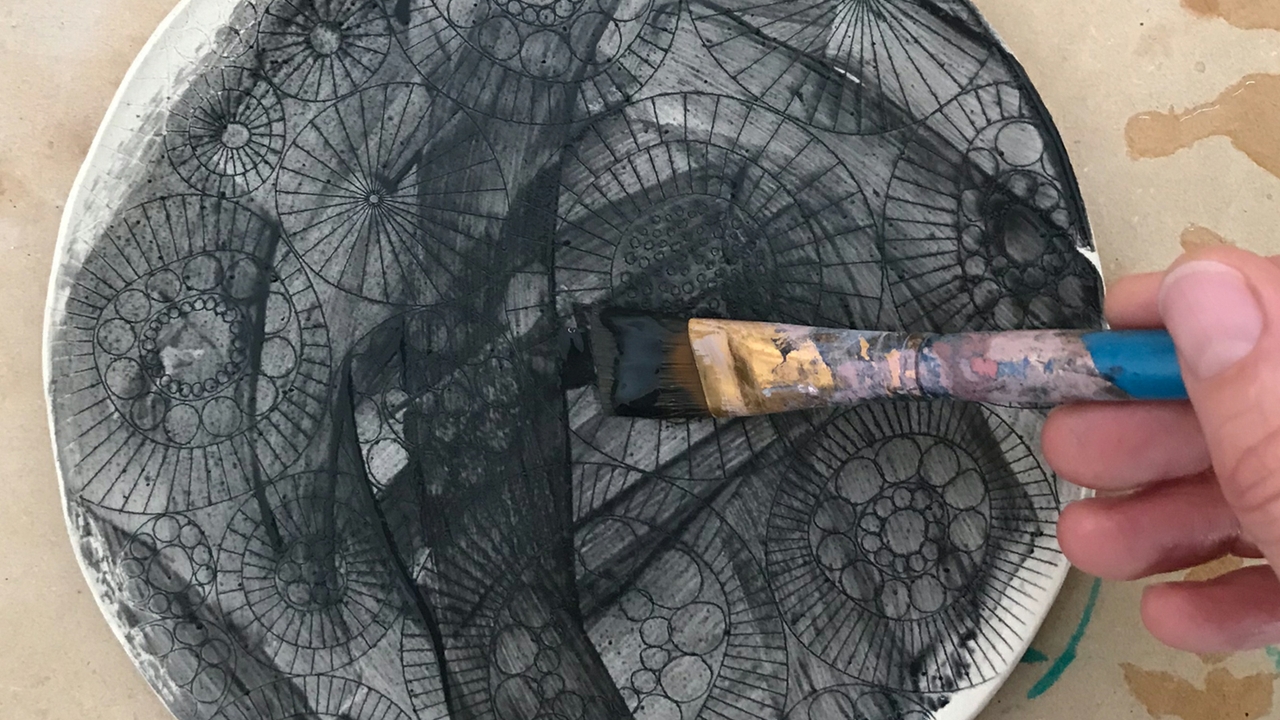 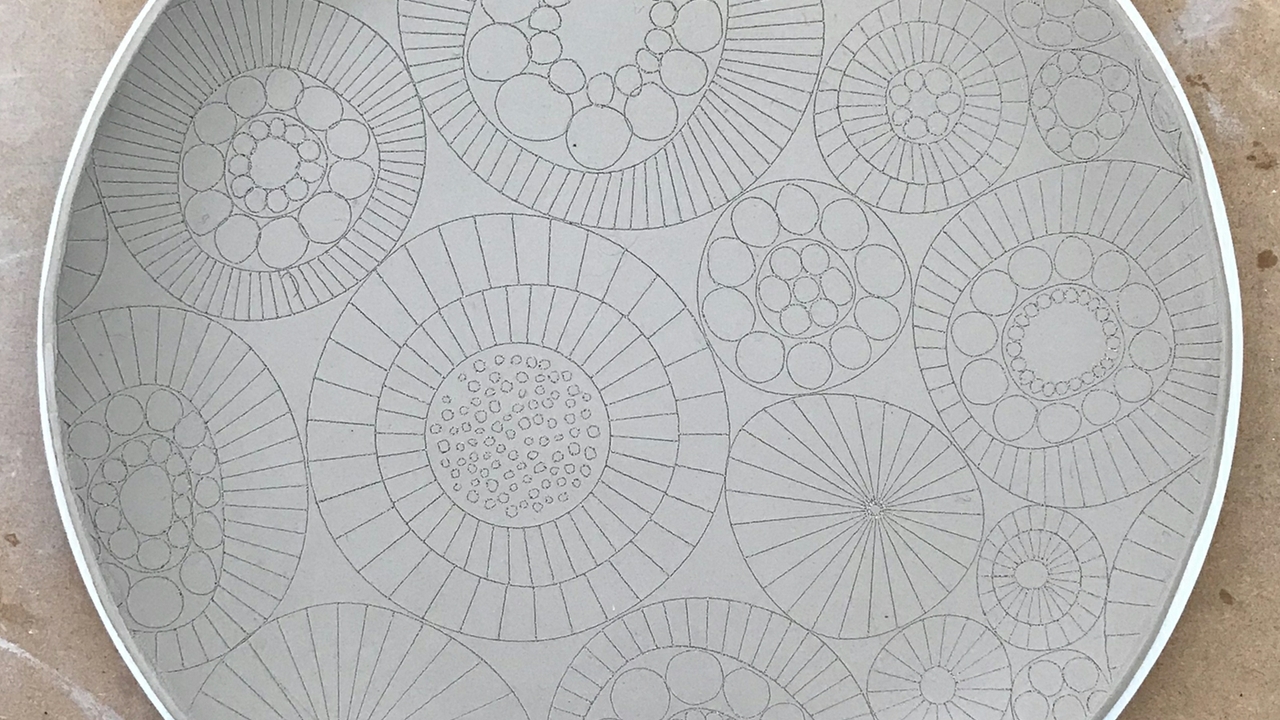 Four researchers from several disciplines at The University of New Mexico recently were awarded a three-year National Science Foundation grant for their project to create new career opportunities for rural craftspeople by blending traditional craft practices with computational fabrication.

The project, Expanding Rural Ceramics Craft and Computational Fabrication: A Synergy, is led by Leah Buechley, principal investigator and professor from the Department of Computer Science.

According to the proposal, funding will be used to partner with rural craftspeople in New Mexico and California to co-develop novel software, construction techniques, artifacts, and business strategies that integrate computational design, digital fabrication, and traditional craft.

Buechley, whose expertise is in the intersection of technology, design, and education, said the work combines tradition with technology.

“I’m interested in traditional design and craft practices and how technology can be integrated into them to develop interesting artifacts and new technology” she said, noting that the addition of computational fabrication to traditional craft holds many new opportunities for craftspeople and computer technology alike.

“We can essentially write a computer program that produces the design of an object and then there are different tools that let you either partially or fully use machines like 3D printers and laser cutters to help you make a final object,” Buechley explained.

An example Buechley gives is a decorative ceramic cup she created using this method. 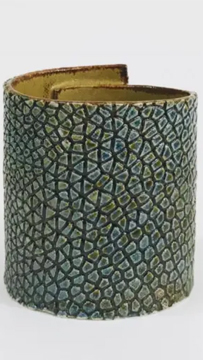 The decorative pattern on the cup was computational generated through code

“I wrote a program that generates this pattern,” Buechley said (see image). “Then that pattern is cut out using a laser cutter or craft cutter and then pressed into the clay.  Then the mug is completed using traditional ceramic techniques.”

Buechley, who’s personally and professionally interested in ceramics and clay as a medium for design and making, said the call of the project is to focus on ceramics specifically to co-develop new technology.

“Ceramics are an important part of day to day life. Our houses are full of both functional and decorative ceramic objects and there’s a really rich and interesting history in New Mexico around ceramics and the different communities of people who have wonderful ways of working with ceramic,” Buechley said. “We wanted to work deeply in a particular medium to have some meaningful mastery of it but we’re also hoping the lessons we learn focusing on ceramic will be applicable to other craft and art domains.”

Along with introducing artists to computational fabrication as a way of making, Manuel Montoya, an associate professor in the Anderson School of Management, will work closely with the rural craftspeople to help develop new business strategies the artists can implement to better grow their business.

Montoya currently focuses on the interdisciplinary origins of global culture and the ways in which they connect to global markets. He said part of this work has led him to study the role that craft plays as part of the logic of the making of a global identity and more specifically, how rural communities were left out of the “cosmopolitan” structures that are the foundation of modern economics.

“A false dichotomy has been established that asserts that craft workers are ‘backward’ or tradition oriented and technology is always ‘forward’ or progress oriented.  I liked that this project did not subscribe to that logic and instead wants to know how technology and craft intersect while attending to populations for which both points are extremely important,” Montoya said.

According to Montoya, the project will address this issue by adapting several frameworks to help develop value propositions that are grounded in new ways of thinking about both technology and tradition. Montoya said value propositions are something valuable in what creators produce for customers or the intangible value people place on how an object is made. For example, people often buy a craft object because of the experience of buying something that took time and care to create by hand. 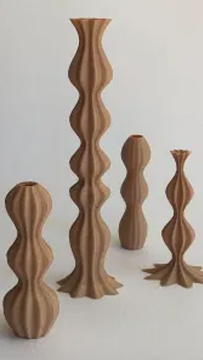 A variety of computationally designed and 3D printed vessels

“We are developing some new strategies to rethink how rural craftspeople can engage with the global marketplace in an authentic and community-minded way,” Montoya said. “The majority of the world’s population, what we often call the ‘great emerging market,’ emanates from rural communities. As new pathways for economic growth are formulated, there are going to be massive shifts in how we view prosperity for people from rural communities.  Access to new markets, innovative use of digital infrastructure, and new social messaging about belonging to these communities are all possibilities that come from this thread of thinking.”

To accomplish this, Montoya said the group will be conducting workshops at a later phase of the project that will adapt value proposition exercises done by other organizations around the world.

“The focus, however, will be on the intangible value of one’s craft and the experience of living in a rural community. These value propositions will be used to rethink how businesses enter new markets and will accompany rural craftspeople in the work they do,” Montoya said.

Before the workshops take place however, Buechley said the group needs to visit rural communities across New Mexico to do in-depth interviews with various ceramic artists to understand the creative work and their existing business methods and needs.

Next, the group will select a few people they interview to spend several months at UNM working with the team through extended residencies to develop new technology and artifacts, she said.

“We will spend time collaborating and working together in a close way to develop both new ceramic work and new technologies. We hope these new technologies will also be able to support other artists as well,” Buechley said.

The team will sponsor at least three artists through residency programs, Buechley said, with about one taking place per year.

After that step and the business development workshops, the last phase of the project would be to share what they learned using a mobile maker lab to visit various rural communities around New Mexico and introduce young people to this way of working with technology and art. They particularly want to have some representation from the Navajo Nation where Ted Jojola, Distinguished Professor and Regents Professor of the School of Architecture and Planning, will be playing a big role.

Tim Castillo, an associate professor in the School of Architecture and Planning whose research interests involve architecture, digital fabrication, and culture and people, said from his previous work in the Finding Rural Program he and his team were able to collaborate with the Air Force Research Lab at New Mexico Tech to develop a mobile makers lab. The mobile lab is equipped with a laser cutter, 3D printer, vinyl cutter, electronics/robotics station, and CNC router, which is a computer-controlled cutting machine.

“We debuted it at the 2019 Air Force Air Show at Kirtland Air Force base and at the 2019 New Mexico State Fair and went off MIT media lab framework with the emphasis on allowing people to get educated into STEM technologies,” Castillo said.

Castillo, who grew up in rural New Mexico, said his passion is to preserve rural communities and the knowledge they have to give.

“That’s what I think is great about New Mexico, we have these rural communities that have a wealth of knowledge and diversity in living in a way we really haven’t quite understood yet about how that maybe applies to modern living,” Castillo said. “I think it’s an awesome opportunity, being able to intersect disciplines and the uniqueness of New Mexico. We have something that nobody else in the world has and being able to expose that and bring awareness to it is really important.”

Castillo said for these reasons he’s excited to approach the project from both a rural and craft perspective.

“Let us learn together. That is a really exciting thing and the impetus for emerging new research. How can you look at the traditional, the historic, and merge it with the new? I think in that intersection you seem to find new opportunities and I think that New Mexico has this legacy of people making and creating and we can take that and move it into a new paradigm which I think this grant will allow us to do,” Castillo said.