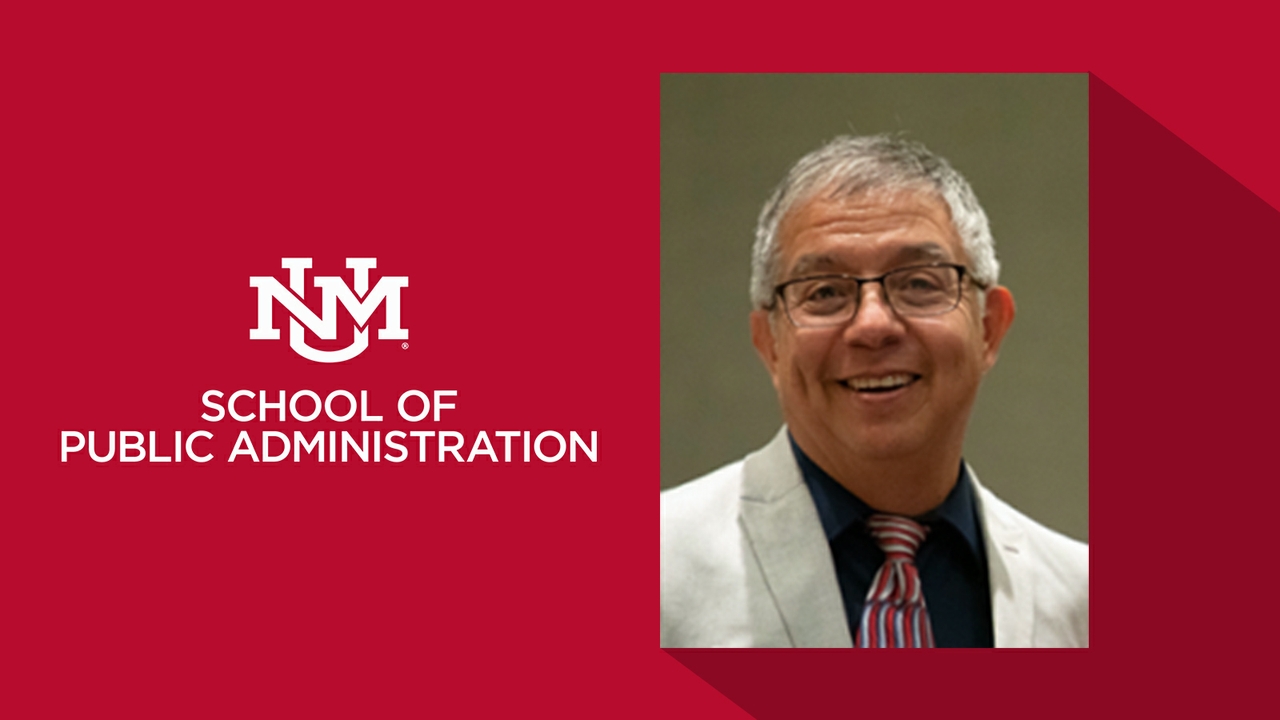 Gene Henley is a familiar face around The University of New Mexico main campus – often seen walking briskly between meetings or around the grounds for exercise. But he is never too busy to help a UNM School of Public Administration (SPA) graduate student, serve on the UNM Budget Leadership Team, or meet a fellow staff member for a warm cup of conversation.

“It’s the eyes, I love seeing people’s eyes when they make connections. That’s what I enjoy so much about working with students at SPA,” he said.

That enjoyment was recently recognized by UNM Staff Council, which honored Henley with the 2022 Jim Davis Staff Council Award for Meritorious Service. The award recognizes the significant contributions of an individual to the Staff Council. Henley served as Staff Council President during 2013-2014 and has been a part of the group for many years prior to and after his presidency.

Henley is also a proud UNM Alumnus. He graduated with a BBA in finance management from the University of Albuquerque and a Master of Public Administration from UNM with a focus on conflict and dispute resolution. In addition, he has a MBA from NM Highlands University and, as a side project, is completing his Ph.D in Organizational Learning and Instructional Technology with the UNM OILS program.

Prior to joining his alma mater in 2008 as the Director of Operations and Advisement for the UNM School of Public Administration, he worked in a variety of public sector capacities. He served as the Deputy Court Administrator for Bernalillo County Metropolitan Court, Deputy Director for the National Hispanic Cultural Center, and Deputy Superintendent & Administrative Service Division Director for Regulation and Licensing with the State of New Mexico.

“Gene Henley is among the most dedicated and conscientious Lobos I’ve had the pleasure of working with,” said Scott Sanchez, immediate Staff Council Past President and SPA alumnus. “He is always well prepared to represent the organizations lucky enough to count him as a member, whether that’s Staff Council, SPA, or UNM at large. Our institution has benefitted from his leadership and insight for almost two decades and we should consider ourselves lucky every day that he continues to be here to make campus a better place.”

The award given to Henley is named in memory of the late Jim Davis who served as a Staff Councilor for more than five years on numerous committees and was the Council’s Speaker for four years. Davis was the first recipient of this award.

The Jim Davis Award is presented each year, during the month of April, to an individual or individuals who are current or former Staff Councilors and/or who serve as representatives on standing committees, University-wide committees or ad hoc committees. Click here to read more about the award and UNM Staff Council. 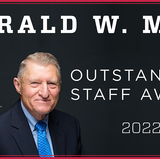