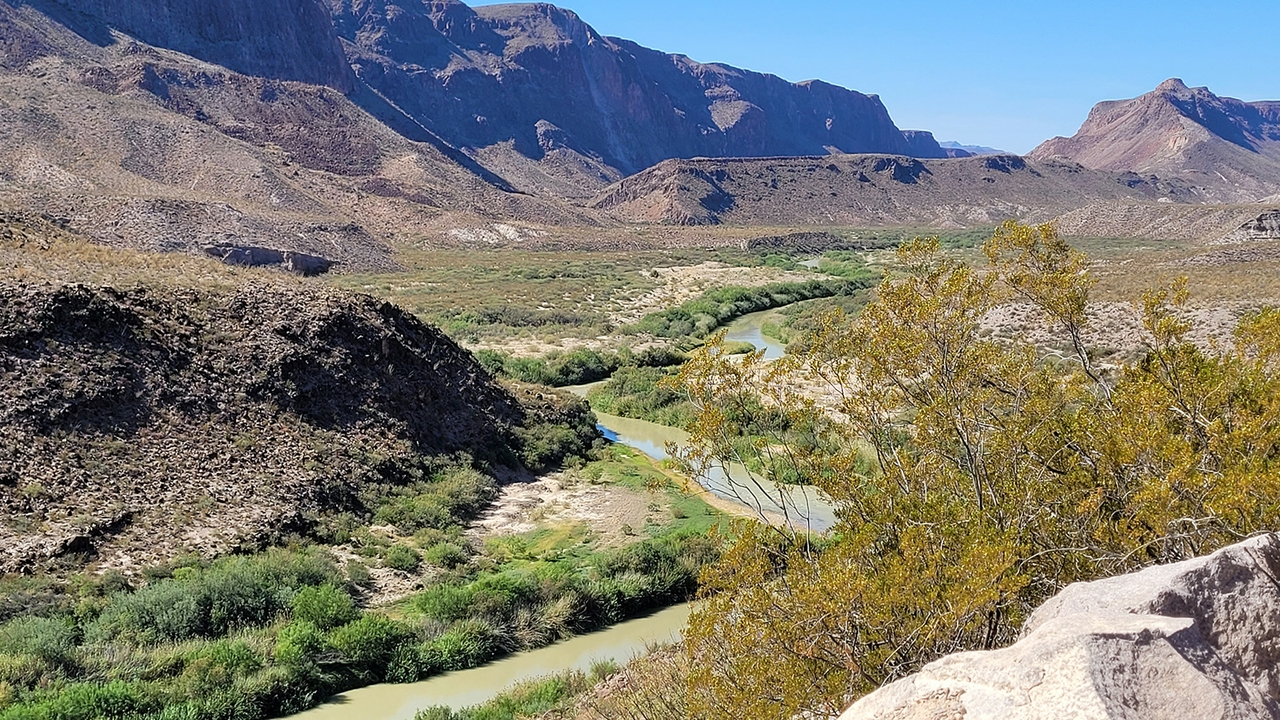 Stories along the Rio 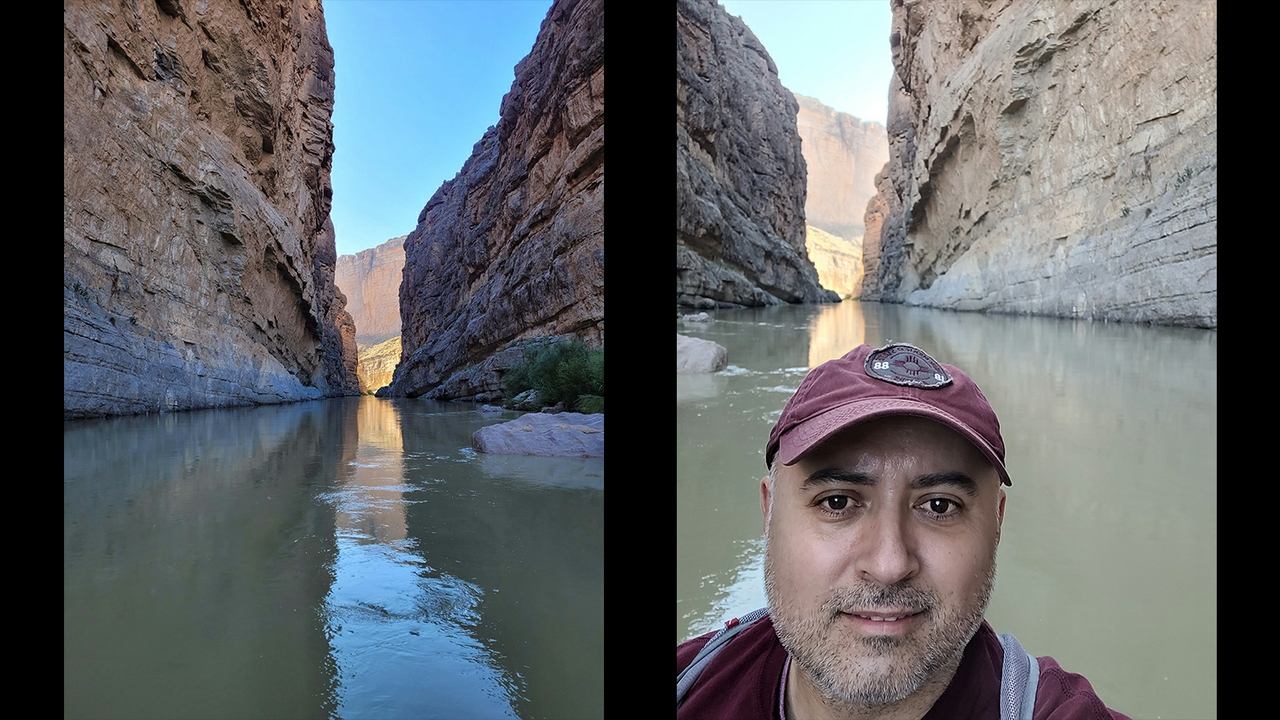 During his stint as a visiting scholar at The University of New Mexico Center for Regional Studies, New Mexico State University associate professor of Spanish and University of New Mexico alum Spencer Herrera followed two paths. One path was a journey along the Río Grande to the Gulf of Mexico on the border of Mexico and Texas to collect stories about the people and the land along the way. The other was visiting the boyhood homes of UNM Professor Emeritus and Godfather of Chicano Literature Rudolfo Anaya to better understand and write a dossier about his life and legacy. 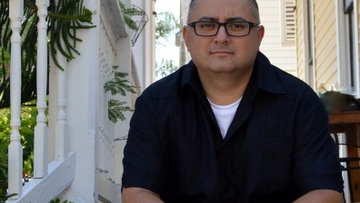 Herrera wrapped up his studies and shared his findings with a video released in January in which he related his travels and studies. The video is called A pura pala en la pandemia: On the Road from el llano to Big Bend and Beyond.

“The expression ‘a pura pala’ is a nuevo Mexicano mantra that conveys the idea of hard work,” he explains in the talk, an expression that comes from Anaya’s grandfather.

Herrera, who completed his Ph.D. in Spanish with a minor in film at UNM, spent the Fall 2020 semester conducting both archival and field research. Due to limited access to the UNM library archives because of pandemic restrictions, he used the time to conduct field research about the Río Grande, particularly looking at the Big Bend region as it represents a unique part of the Río Grande corridor. The project is ongoing.

He accessed the UNM Center for Southwest Research to read archival documents about the Río Grande and greater New Mexico, documenting parts of the Río Grande from Albuquerque through Big Bend National and State Parks to the mouth of the river at the Gulf of Mexico near Brownsville, Texas. He plans to write about the people and communities along and near the Río Grande.

“It’s about my love for the land and people who inhabit my larger querencia of the Chicano homeland."

Herrera’s second project focused on curating a dossier on the life and legacy of New Mexico’s own Rudolfo Anaya for Aztlán: A Journal of Chicano Studies. His research took him on the road to visit Anaya’s familial querencias  ̶  a popular term in the Spanish-speaking world that is used to express a deeply rooted love of place and people  ̶  from Pastura to Santa Rosa to Puerto de Luna and then to the Barelas neighborhood in Albuquerque.

Herrera calls himself an experiential writer.

Writers generally fall into two categories, Herrera said. Those with a vivid imagination don’t have to travel. But “People like me  ̶  I can certainly imagine some things  ̶  but I have to be there, I’ve got to visit it, I’ve got to meet with people, I’ve got to hear their stories, I’ve got to walk the land there, and then I get a sense of what it’s like, and then I can write about it… You gotta be there.”

As he explored stories about lower Rio Grande, he came across a mother and daughter living together in Garfield, NM, where he was reminded of how language influences identity. The Mexico-born woman spoke Spanish but her daughter did not.

“It’s that the parents withhold it from them because they know of the pain it can bring when Spanish is your first language or you have an accent in Spanish or you don’t speak English well enough. So the mother decided not to teach Spanish,” Herrera said, adding that he hopes “to turn the tide on that” in generations to come.

He encountered the story of the Porvenir Massacre that took place in 1918. After a series of cattle raids, Texas Rangers and local ranchers raided the Tejano village of Porvenir, population 40. Despite a lack of evidence anyone in the village was involved in the crimes, they gathered 15 men and boys between the ages of 15 and 40 and gunned them down, “the lesson they paid for someone else’s crime,” Herrera observed. The Rangers’ official story was that the village men had ambushed them and they shot in self-defense.

The story went unchallenged for many years until 2002 when the site was excavated and it was found all of the bullets at the scene were government-issued. “People are guarding these stories,” Herrera remarked, but the true story was finally uncovered.

In Marfa, Texas, Herrera uncovered the account of burying “Mr. Spanish” at a local school. The Spanish language was discouraged among local schoolchildren by the use of shame and physical punishment.

In 1954, the children were made to put slips of paper with Spanish words on them and place them in a coffin. The event was labeled “Burying Mr. Spanish” by school authorities. The coffin was buried under the school flagpole.

Herrera noted that the cemetery in Marfa, a small town now known as an artists’ haven, is segregated, separated by a barbed wire fence.

“The idea that segregation exists beyond death is mind-blowing,” he remarked. He plans to go back and find out more of the stories lying buried in the graveyard.

Herrera camped near Santa Elena Canyon in Big Bend National Park in an area accessible only by a 4x4, noting the “breathtaking views” and the fact that one side of the narrow chasm is Mexico, the other side the United States.

“People don’t understand how close the communities are,” he observed, noting that in border communities, like Palomas, Mexico, children cross the border over to Columbus, NM every day to go to school in the U.S.

Herrera ended his journey along the Rio Grande at its mouth on Boca Chica Beach in Texas. Tesla plans to expand its rocket test facility nearby and build a school for children of the staff who will move there, forming two different communities between the Space X group and the colonias.

In the video, Herrera goes on to describe his journey to curate the dossier on Anaya, to see New Mexico through the author’s lens.

“His words sum up why I do the kind of work that I do,” Herrera mused. “It’s about my love for the land and people who inhabit my larger querencia of the Chicano homeland. I want to read their stories of survival, identity, and love. I want to know that they exist and story-telling does all of that and more. So every time I hit the road looking for these stories I find a piece of myself. Sharing these stories about our collective querencia is my greatest expression of love as a writer… It was an honor for me and my collaborators to pay homage to the Godfather of Chicano literature, el maestro Rudolfo Anaya.”

Herrera visited the open llano near Pastura, a village where now fewer than 10 houses are left standing. He then went to Puerto de Luna, “a Rockwellian portrait of New Mexico” with green, fertile farmland, and Santa Rosa where there is a statue of Anaya.

Back in Albuquerque, he looked for the house in the Barelas neighborhood where Anaya lived, only to find an empty lot.

Herrera is the author of several books and is a coauthor of Sagrado: A Photopoetics Across the Chicano Homeland published by UNM Press. 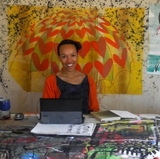