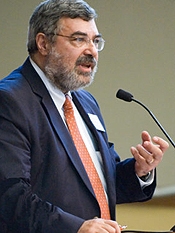 These drivers capture the powerful forces and sentiments that shape both the repression and the resistance that so often are found together in all the conflicts in the region. In recent years, the conflicts have melded together and have become more intense within a regional and global context, due to the continued free-for-all military involvement of regional and foreign powers, most notably in Syria, Iraq, Yemen and more recently Libya.

Khouri is an internationally syndicated political columnist, author and the founding director of the Issam Fares Institute for Public Policy and International Affairs at the American University of Beirut. He is a nonresident senior fellow at Harvard's Kennedy School, and is editor at large, and former executive editor of the Beirut-based Daily Star newspaper. He was awarded the Pax Christi International Peace Prize for 2006.

Khouri teaches or lectures annually at the American University of Beirut and Northeastern University. He has been a fellow and visiting scholar at Harvard, Mount Holyoke, Princeton, Syracuse, The Fletcher School at Tufts, Northeastern, Denver, Oklahoma and Stanford universities, and is a member of the Brookings Institution Task Force on US Relations with the Islamic World. 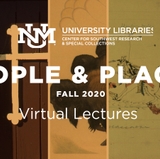