The University of New Mexico recently appointed Portia Vescio as archivist for the Special Collections and Center for Southwest Research. It’s a return to New Mexico for her, by way of NMSU, her first job out of Graduate School.

When describing her entry into Librarianship, Vescio spoke of her time as an undergraduate in Cambridge (Mass.) at MIT, where she majored in Chemistry. By happenstance, she worked as a student in the Archives, and soon was inspired to study Library Science.

After attending Library school at Indiana University, where her focus of study was Special Collections, NMSU recruited her to become their Manuscripts Librarian. Two years later, Michigan State appointed her as a Processing Archivist, and she also did Public Outreach.

“Then I moved to Michigan State University, where I started as the main processor, but kept getting pulled off processing projects to work on other things. Eventually I was placed in charge of public services and outreach. I was acting as assistant director of the University Archives and Historical Collections when I left to come here (UNM).”

Vescio chose to share a few highlights and favorite major projects, among them working as a co-project manager on an NEH funded grant to digitize 80,000 pages of materials related to MSU’s Vietnam Project. Another favorite memory of Vescio’s was teaching a freshman seminar called “From Beanies to Body Piercings: The History of MSU Student Life”, a title borrowed from an article an archival journal about the evolution of student life on campus.

Vescio also spoke of organizing a promotional event for a documentary project on which she provided reference for a documentary filmmaker, Maya Washington, whose father had been a champion football player at MSU.

Bringing the collections to public awareness was one of the challenges that she enjoyed tackling in her previous job. The University Archives began engaging with the public via social media using Facebook and Twitter, creating regular anecdotes like “On This Day in MSU History” or #OnThisDay and #MSUHistory, and. #WomenWednesday and and “Throwback Thursday” or #TBT were also fun ways to engage the campus, encouraging people to get familiar with the history of MSU.

Vescio is understandably still familiarizing herself with the vast and varied collected works that make up UNM’s Special Collections, as well as Centers for Southwest Research, which contain everything from the entire collection of publications by New Mexico Press, to architectural plans, and models for UNM’s stadiums, to real examples of the actual beanies that Freshmen were required to wear in the early years, and photographs from sit-ins and protests from the 1960’s and ‘70’s.

As she becomes more familiar with what has been collected, she is beginning to electronically catalog what is there, so that it will eventually be easier for students and faculty to know what is housed, making it more accessible for all.

Collaborating with the new Director of CSWR and Special Collections, Tómas Jachn, promises to bring many new opportunities for the public and scholars alike to engage with the records that are uniquely New Mexican, and treasures that are distinctive to UNM.

Don’t be fooled by the fancy sounding title, the new Archivist is approachable, friendly, and open to discovering all of the things that make our home state The Land of Enchantment. Of her new appointment at UNM, Vescio says “I love coming here every day.”

For more information about University Archives and the Center for Southwest Research and Special Collections visit library.unm.edu/cswr. 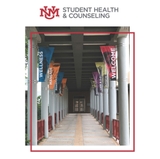