What long term marijuana smoking does to the brain

A new paper released in the Proceedings of the National Academy of Sciences (PNAS) examines long term effects of marijuana use on the brain. The results underscore the difficulty of classifying it as either helpful or damaging.

University of New Mexico Distinguished Professor Vince Calhoun led a research group which conducted the scans. Calhoun's affiliations cut across disciplines - Electrical and Computer Engineering, Neurosciences, Computer Science and Psychiatry. He is also executive science officer and director of image analysis and MR research at the Mind Research Network. Researchers from the Center for BrainHealth at the University of Texas-Dallas; Advance MRI LLC in Frisco, Texas; the Mind Research Network (MRN) and the University of New Mexico in Albuquerque conducted the analysis.

More than 100 subjects were recruited in the Albuquerque metro area. Some were long term marijuana users, others were not. Their brains were scanned at MRN and analyzed for impact of marijuana use on the structure of the individuals' brains.

An unusually large number of subjects were involved in the study, which used different kinds of magnetic resonance imaging (MRI). One method looked at structural brain volume - or how much grey matter a brain contains. Another method looked at structural connectivity, which is used to map wiring in the brain. The third method of functional MRI looked at connectivity, which allowed the researchers to examine ways the different regions of the brain work together. This multimodal study gave the research group an opportunity to compare the brains of non-users with marijuana users and to carefully measure the changes in the brains of the long term users.

Calhoun said, “One of the things that motivated this study is there has been an increase in the use of marijuana and we don’t know a whole lot about how it impacts the brain.”

The researchers found that the amount of grey matter was significantly less dense in the long term marijuana user group. They also found significantly higher network functional connectivity in the long term users as compared with the control group. The higher connectivity in the frontal lobes of the brain may be a compensation mechanism. The researchers found no correlation of these changes with IQ.

In Albuquerque, voters on the general election ballot last week overwhelmingly supported an advisory question which asked whether the possession of small amounts of marijuana should be decriminalized. So is there a conclusion that political policy makers might draw from this research?

"I think the context is important. So, for example marijuana has over 400 different active chemicals in it. If you are taking about medical marijuana it has certain aspects that you can grow many different variants. Some of them won’t get you high. Some of them will get you high, etc.," Calhoun said. "In terms of being a policy maker, I would just be cautious about it. Again – we don’t have any evidence that it causes harm.  We don’t have any evidence that it doesn’t cause harm. We know that it changes the brain though, so it’s important to be careful about that."

Calhoun said it is important to complete more studies like this to really understand what is going on in the brain. He thinks that more information is needed, including larger studies like this one, in order to better guide policy decision about the possible impacts of decriminalization.

One of the findings that interests Calhoun is how structural changes in the brain seem to vary with age and length of use. He would like to explore the implications of that finding more thoroughly. Calhoun says the research group plans to continue studying the impacts of marijuana and other substances on human brains including the use of multiple scans over time within the same individual.

Tracking hallucinations inside the brain 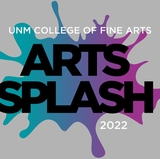