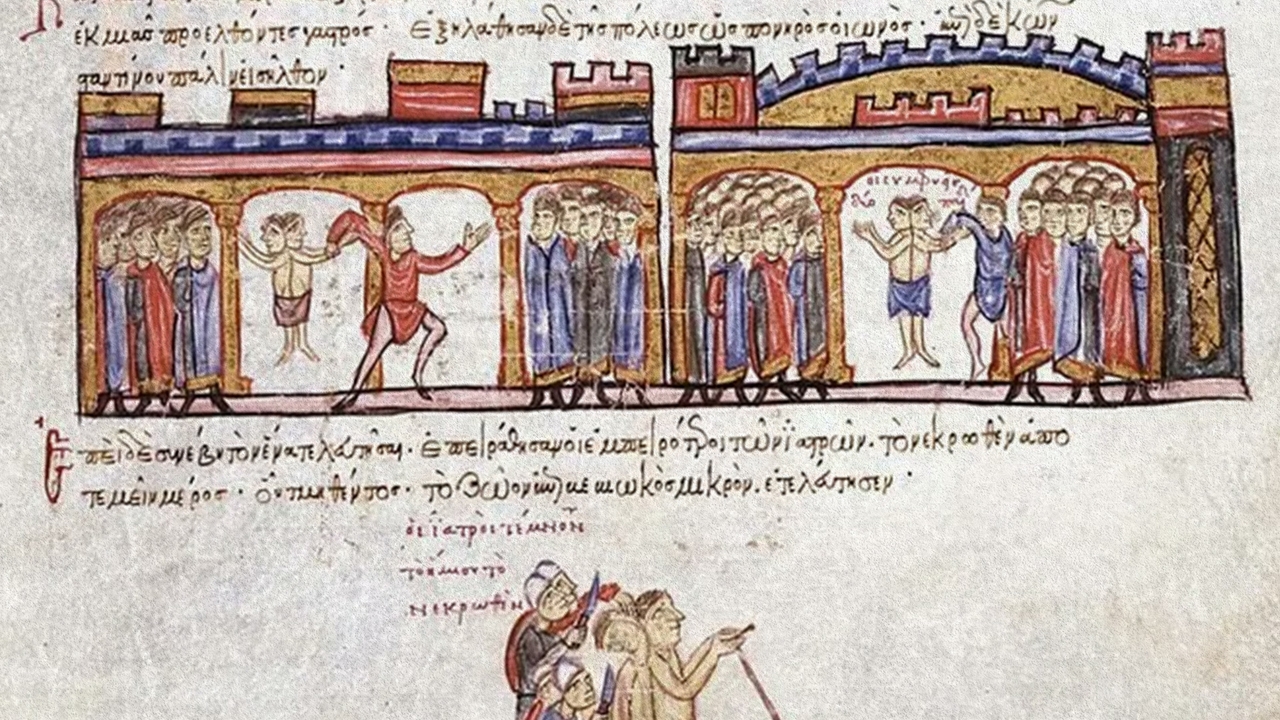 The University of New Mexico Institute for Medieval Studies (IMS) hosts its first live spring lecture series since the beginning of the pandemic. Re-Envisioning the Middle Ages will be the theme of the second annual Helen Damico Memorial Lecture Series and the 36th Spring Lecture Series hosted by UNM’s IMS.

The event will feature evening presentations from Monday, April 25, through Thursday, April 28, at 6 p.m. at George Pearl Hall on the UNM campus. The event is free and open to the public. Attendees do not have to be UNM students, staff, or faculty to attend.

“I am delighted to welcome everyone back to an in-person lecture series presented by the UNM Institute for Medieval Studies,” said IMS director Justine Andrews. “This year we are excited to gather again and celebrate the second annual Helen Damico Memorial Lecture Series, which is the 36th Spring Lecture Series for the IMS. Last year we inaugurated the series’ new title in honor of our founder and first director, Helen Damico. While Helen sadly passed away in 2019, we hope to continue to honor her spirit and passion for bringing extraordinary scholars of the Medieval period to New Mexico.”

The series will feature lectures from leading medieval scholars from around the nation, spanning the fields of art history, literature and theatre, history, and archeology.

“The theme of this year’s lecture series is really about time-travel. What happens to an 11th century illuminated manuscript as it travels through time,” Andrews said. “How does it become renewed, reused, and re-envisioned? How are the central tenets of a morality play from the 15th century translated and transmuted to a theatre audience today? Does a black character’s confrontation with death resonate through time to our present recognition of how Black Lives Matter? What does it mean to reframe ancient spaces of indigenous North Americans into a Medieval European chronology?”

Like in many fields, scholars of the Middle Ages have found themselves at a reflective moment, Andrews noted, examining the terms they use, chronological frames they have set, and patterns that have been codified that need revision.

“How can we look to the Middle Ages and its interpretation through the ages to help us recognize our own agenda and biases? … Re-envisioning the Middle Ages evokes ways that Medieval persons might have reinterpreted art, literature, or events during this long period, but it also suggests ways in which later or Modern persons reinvent these aspects of the Middle Ages,” she said, adding that this collection of lectures presents case studies of how the Middle Ages have been re-envisioned by both Medieval and modern people, over time.

The speakers and their topics:

Monday, April 25, 6 p.m., George Pearl Hall, Central and Cornell, across from UNM Bookstore
Between Wonder and Omen: Conjoined Twins from Constantinople to Norman Sicily
Roland Betancourt, professor of Art History at the University of California, Irvine, will open the series with a presentation on the depiction of conjoined twins in a historical chronicle known as the Madrid Skylitzes (see image above). He will show how the multifaceted meanings of the conjoined twins operated in the context of imperial rule, political intrigue, and religious authority across the text’s Constantinopolitan origin and the manuscript’s eventual illustration in Norman Sicily. Betancourt works on issues of sexuality, gender, and race in the Middle Ages, as well as the uses and abuses of the medieval past in the present with an interest on conspiracy theories and far-right extremism.

Tuesday, April 26, 6 p.m., George Pearl Hall
The Medieval American Southwest
Frederick S. Paxton, Brigida Pacchiani Ardenghi Professor of History at Connecticut College, will consider this topic and the degree to which patterns of change and continuity in the American Southwest fit into standard periodization based on European Medieval history. Paxton’s most current study is on the North American Southwest in the Middle Ages, 500-1500.

Wednesday, April 27, 6 p.m., George Pearl Hall, live via Zoom
Unexceptional Blackness and ‘Blind Matter’: Visuality, Temporality, and Race
Matthew X. Vernon, associate professor of English at the University of California, Davis, will interrogate the relationships among Blackness, visibility, materiality, and necropolitics. Central to this discussion will be an argument about reading race “counterfactually,” that is how we read against the habits of representation that delimit the possibilities for recognizing Black lives. His presentation will consider Brandon Jacobs-Jenkins’s play Everybody, which adapts the 15th-century play Everyman.

Thursday, April 28, 6 p.m. George Pearl Hall
Medieval America: The Local in the Global
Suzanne Conklin Akbari, professor of Medieval Studies at Princeton’s Institute for Advanced Study is the creator of “The Book and the Silk Roads: Phase I,” a project which maps connections between parts of the premodern world by describing the technology of the book. Her scholarship on these connections is evident in her co-curatorship of “Hidden Stories: Books Along the Silk Roads,” an exhibition which ran through February 2022 at the Aga Khan Museum in Toronto and continues online as a digital exhibit. Her presentation draws upon this recent exhibition.

"We are excited to gather in person again to explore the world during the Middle Ages," Andrews said. “We have a stellar line up of scholars from across the country and a fantastic local community who are supportive of this event, and it is simply a joy to be together and learn more about the ever-fascinating Middle Ages."

This year's lecture series is supported by a grant from the National Endowment for Humanities, through the New Mexico Humanities Council.