Authors Mine a Priceless UNM Resource

The Center for Southwest Research & Special Collections (CSWR) in the College of University Libraries & Learning Sciences is an information gold mine for researchers as they prepare their books, articles, dissertations and video documentaries.

At a recent reception celebrating American Archives Month, the CSWR hosted authors and producers to honor their use of their collections and to celebrate their subsequent publications. These researchers generated works in fields as diverse as history, art, music, architecture, community planning, literature and biology, as well as Native American, Chicano/Hispano, African American and American studies.

Among them, UNM professors Chris Wilson, School of Architecture and Planning, and Miguel Gandert, director of UNM’s Interdisciplinary Film and Digital Media Program, used the CSWR collections for their book, “The Plazas of New Mexico” (Trinity University Press, 2011).  They found city directories for towns in the state an indispensable part of this work. Wilson said that by “digging into those directories, you could get a picture of the history of those little communities and trace the way that the businesses and the economic activity changed.” The CSWR’s architectural archives and university archives contained documentation as well of many plazas around the state.

Wilson and Gandert are not alone in their appreciation of the archives at the CSWR. Author John Kessell notes the archivists who work in the CSWR are very knowledgeable and will always say, “‘Have you looked at this?’ as they point out sources we might miss.”  He just completed what he calls a preliminary biography of Bernardo de Miera y Pacheco titled “Miera y Pacheco: A Renaissance Spaniard in Eighteenth-Century New Mexico” (University of Oklahoma Press, 2013).  “Miera y Pacheco came to New Mexico when he was middle-aged and began to draw maps which gave a visual dimension to this remote colony. He was the outstanding religious artist in colonial New Mexico and the father of the santero tradition in Spanish Market.”

The CSWR also held treasure for the writers of “Route 66 & Native Americans in New Mexico” (New Mexico Department of Transportation, 2010). Shawn Kelly, of the consulting firm Parametrix, noted, “Over the years I’ve used the CSWR collections extensively. The entire staff is very helpful and knowledgeable about multiple topics.”  His co-author, Kristin Reynolds, said, “The Albuquerque & New Mexico Pamphlet Collection had just wonderful images from the mid-1900s that we were able to use.” Their publication sheds light on the complex relationship between local tribes and the “Mother Road” in our state.

More than 20 authors and an equal number of guests attended the “Researching the Southwest” reception recently in Zimmerman Library.  The occasion provided an opportunity to meet the various authors and celebrate both their research and publications. Mike Kelly, Interim dean of the College of University Libraries & Learning Sciences, said, “We need to remind ourselves that the collections in the CWSR are what help to make these publications possible. Without the archives, it would be nearly impossible to put together some of the books.  UNM is making a real contribution to the history of New Mexico by collecting and curating these archives.”

The authors reception was held in conjunction with the exhibit “Researching the Southwest: Recent Works Using the Collections of the Center for Southwest Research and Special Collections,” featuring the works of approximately 50 different authors. The exhibit was curated by Ann Massmann, head of Public Services at the CSWR and CSWR Anderson Fellows Joshua Frank, Clare Daniels and Kevin Brown. It runs throughout 2013 and can be viewed in the Frank Waters Room in UNM’s Zimmerman Library. 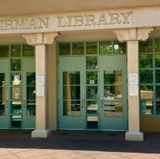 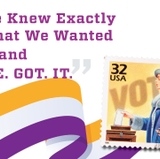