University of New Mexico Provost Chaouki Abdallah recently announced that professor Barbara Bergman, associate dean for academic affairs at the UNM School of Law, has been appointed the interim dean following the appointment of former dean Kevin Washburn to the United States Department of the Interior.

Bergman joined the UNM law faculty in 1987. She focuses on criminal law, but once a year, she leads students through an intense six-credit hour Evidence and Trial Practice course. Most recently, Bergman worked on creating the law school's Washington, D.C. Exchange program, where UNM law students could get experience working in the nation's capital.

Bergman took some leave from the school in 2000-2001 and during the spring of 2004, to put her teaching into practice when she worked on the defense team in the State of Oklahoma v. Terry Nichols, a state death penalty case. Nichols was prosecuted for conspiracy and murder in connection with the bombing of the Alfred P. Murrah Building in Oklahoma City.

In 2001, Bergman received the Robert C. Heeney Award, the highest honor given by the National Association of Criminal Defense Lawyers. In 2010, the Stetson College of Law awarded her a Lifetime Achievement Award for the Teaching of Trial Advocacy. In September 2012, Bergman was awarded the Pamela Minzner Chair in Professionalism. (See her faculty profile here.)

Bergman will serve through the remainder of the 2012-13 academic year, until a new dean is appointed following a national search. 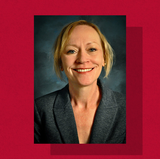 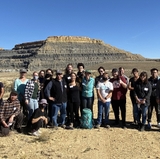 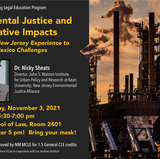