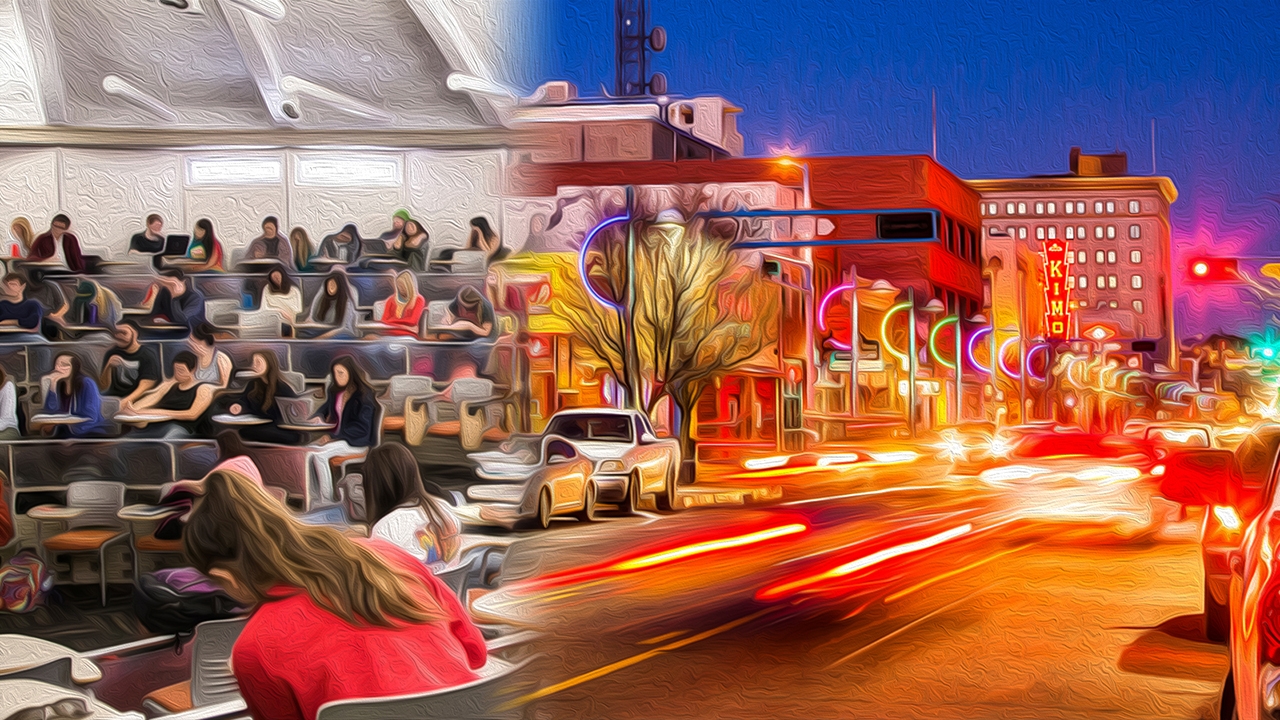 It’s in the food, the politics, the music, the art – shaping nearly every corner of the state and flowing through the veins of many who call the Land of Enchantment home. That tremendous influence is what’s inspiring a University of New Mexico department to build deeper connections with Chicano communities, ensuring a wider impact on New Mexico’s students.

“Because we are a Chicana & Chicano Studies program, we are in essence an academic program created by the community,” said Irene Vasquez, chair and professor of UNM’s Chicana & Chicano Studies (CCS). “We are intentional in trying to be student and community centered because we know that when students feel like they’re a part of something, meaning their voice matters, their experience matters, and they see the people in their community being valued as well, then they are more likely to feel like they have a stake in the university.”

In the past, Vasquez says it’s been difficult to connect with and outreach to Chicana(o) audiences for a variety of reasons. Whether it’s been a lack of faculty representation in academia or not enough community outreach programs, the UNM professor says CCS is working to overcome those obstacles through a refreshed approach both inside and outside UNM classrooms.

According to enrollment data, the effort is working. In the last two years, CCS has seen a 30 percent growth in enrollment. This semester alone saw a 14 percent jump, exceeding the already high expectations department administrators set for themselves. Their online presence also continues to grow. CCS was the first department in the country to offer an online degree in Chicano(a) Studies and will graduate its first student in Dec. 2017.

High School to College Pipeline
Vasquez attributes some of the growth to new program and partnerships established in the past year. In fall 2016, CCS rolled out its online degree program which attracted out of state students. In addition, the implementation of an Early College High School initiative with Albuquerque Public schools led to dual enrollment classes at three area high schools. Albuquerque, Atrisco Heritage and Highland High Schools all participate in CCS’s dual-enrollment program, giving eligible high school students the chance to earn college credit before entering UNM.

Working directly with university faculty to develop the curriculum, high school teachers introduce students to ethnic studies themes and ideas, getting many interested in an area they may have never considered. Vasquez says it’s a powerful introduction for many students, and not just from an academic perspective. She says when students see themselves and their backgrounds portrayed in the lesson plans, it opens them up to the idea of pursuing higher education.

“What we’re finding is that students we had in that program a year ago are ending up in our classes at UNM now,” she said. “So, we’re really building a pipeline from high school into UNM and because they’re starting here already with a connection to the program, we see many of them continue beyond their first year.”

The dual-enrollment program is also growing, with twice as many students participating this year compared to last.

FLCs consist of two classes taught together around a particular theme and are required coursework for UNM freshman. The classes are designed to explore connections between two areas and show how they intersect and connect. The department has shown such success that it was recently featured in U.S. News & World Report, with a CCS offering highlighted in the article.

Jessica Helen Lopez, an award-winning slam poet and former Albuquerque Poet Laureate, is a co-instructor of the FLC, Music, Media and Spoken Word in Politics. The course, taught in part by CCS, looks at how music, art and media work within our political spheres to address issues of race, class, gender and sexuality across diverse communities. Lopez brings in local artists to share their work with students and show the intersection between these art forms and their bigger purpose.

“We really think about what rappers, lyricists, poets and dancers we’re bringing in so that they can highlight the issues that we’re covering in the class, whether it’s cultural identity, feminism, community organizing or anything else,” said Lopez.

Recently, the class featured a lecture and performances by two members of the 2017 Albuquerque City Slam Team. Mercedez Holtry and Eva Marisol Crespin spoke to students about the larger impact they hope their poetry has on the community and performed several pieces.

As part of their ongoing outreach efforts, Vasquez livestreamed these performances so people outside the classroom could tune in. On Facebook, one of the duo’s in-class performances has garnered nearly 600,000 views and has been shared more than 12,000 times. For Lopez and Vasquez, the online engagement is validation of the impact the course is having, not just on students, but on people across the country.

Helen Lopez says the FLCs have also had a positive impact on the department’s retention rates. She says students build a community through the class and, many times, are inspired by the guest speakers that come in. It’s a strategy that’s not only helping students grow academically, but personally as well.

To learn more about Chicana & Chicano Studies at UNM, visit the department’s website.