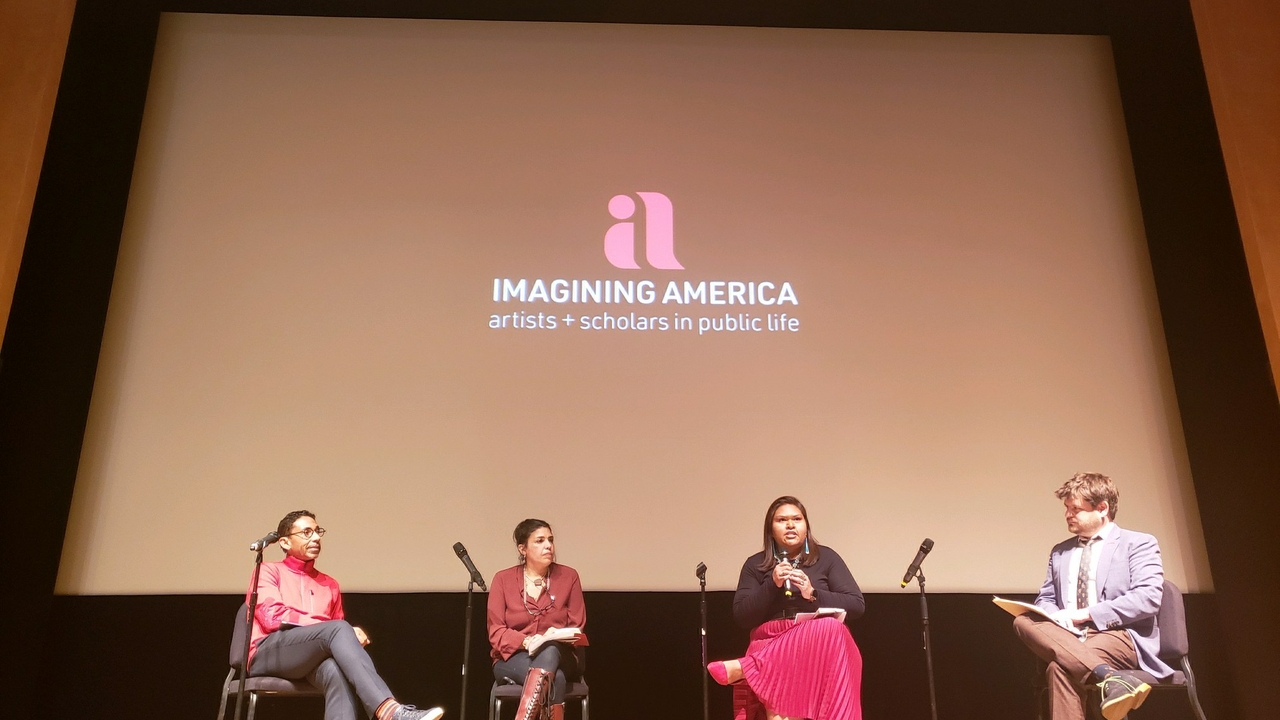 Yepa speaking at the Imagining America Conference in Albuquerque, New Mexico. Winoka was a plenary speaker for the conference and discussed her work on Indigenous Identity and Historical Trauma.
Credit: Winoka Yepa 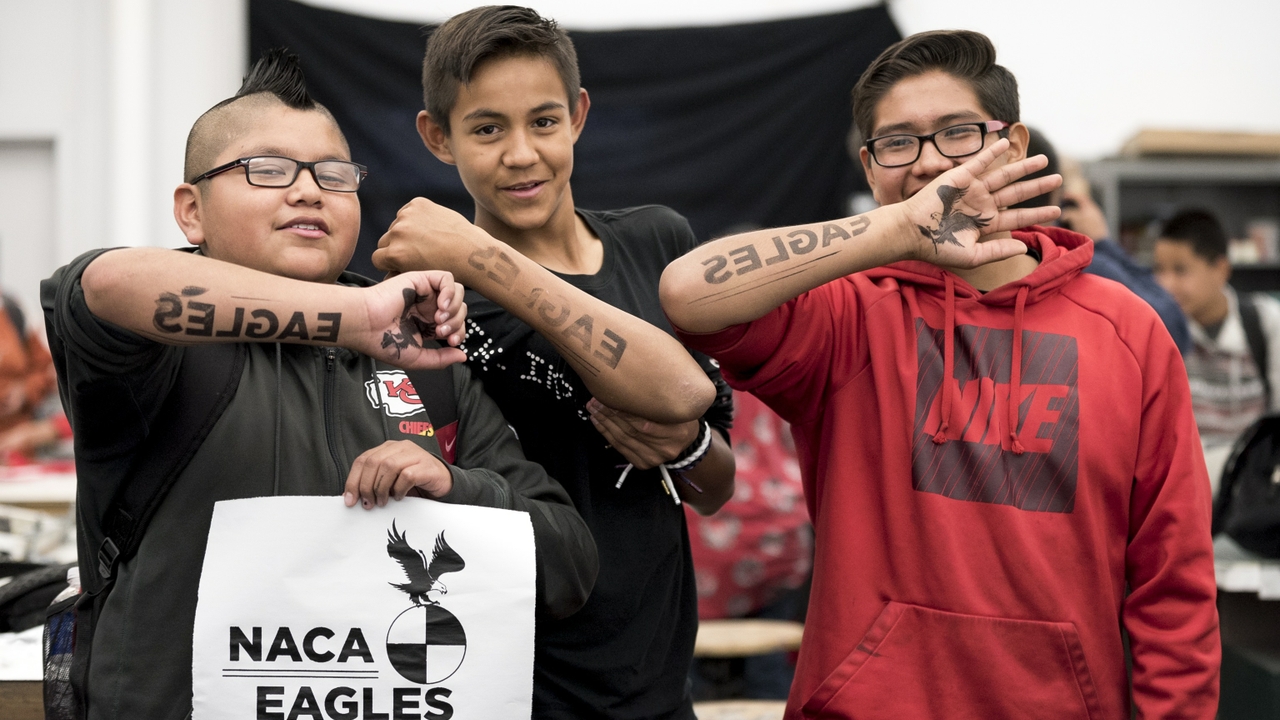 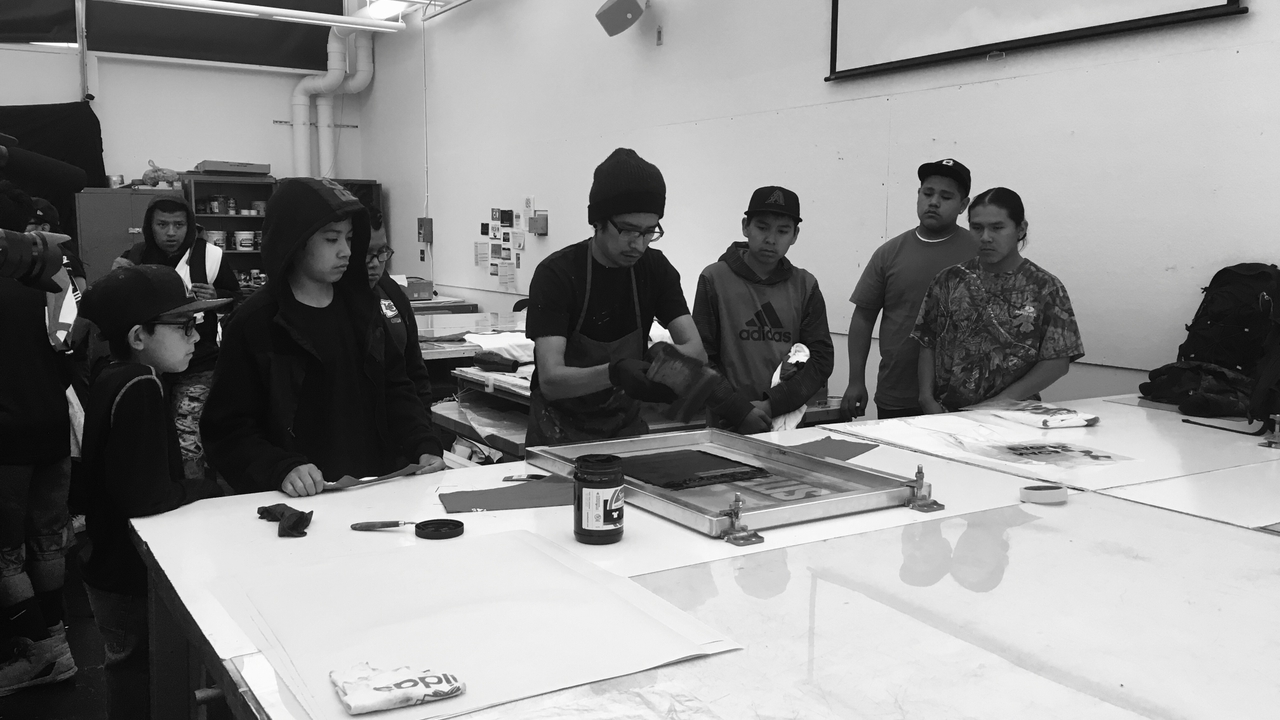 Art is a form of life

Discovering a Diné identity through art

When doctoral candidate Winoka Yepa embarked upon a journey 17 years ago to discover the historical roots of the Diné people, it was also an essential move in learning about her own history that would in the end enrich her future and the future of younger generations.

Yepa is working toward her PhD in Language, Literacy and Sociocultural Studies within the University of New Mexico College of Education and Human Sciences. She was born on the Navajo Nation, Dinétah, known as the “The people’s land.” During her interview, Yepa stressed the importance of utilizing traditional names as identifiers and the importance it brings to her work and the time she has invested learning about her culture.

“Art has been ingrained in our culture for a long time so why not utilize it as a way to learn more about ourselves.” - Winoka Yepa, UNM doctoral candidate

“It’s very unique. I grew up knowing very little about the Navajo culture and language. That’s a big part of the reason I got into the work I’m doing now,” Yepa said.

Yepa left Dinétah when she was 17 years old. Throughout her college career, Yepa’s work has centered around Indigenous identity development. And for the last eight years she’s worked as an arts and youth advocate with students across the state. 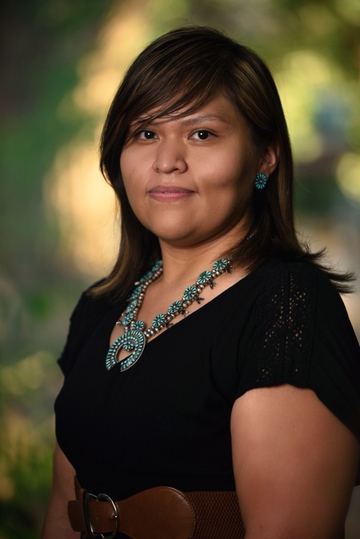 “I didn’t really have a Diné identity. I knew I was of that culture and epistemology, but I didn’t know anything about it and part of it relates back to me being a product of intergenerational trauma,” she said.

Yepa‘s mother and father were both products of the boarding-school system, essentially robbing them of their culture as children. She said her parents were immersed in the Euro-American culture through forced changes that ultimately removed their Indigenous cultural signifiers. In return, her parents never passed down parts of their culture and language to their children; it wasn’t until Yepa left Dinétah where she began exploring her history.

Yepa credits her continued crave of education which ultimately ignited her curiosity and led to immersing herself into the Diné culture.

“Being around other Indigenous students, who were very representative of their community and culture, I felt estranged to that because I didn’t know a lot of those things about myself,” Yepa said. “My peers helped push and guide me to learn more.”

During her undergrad, Yepa spent two summers with her grandmother taking in the Diné language, culture and ceremonial practices. After years of education, both formal and informal, Yepa is now fluent in the Navajo language.

“I am a stronger person because of it,” she said. “I know there are a lot of people who do not have that luxury of immersing themselves into a culture because of displacement and lack of resources. I think a lot of what my father was trying to do was create an environment where we could potentially become very successful and grow up to live the ‘quote-on-quote’ American dream. A lot of it is just a product of what he learned in boarding school. He learned that if he didn’t speak his language and assimilated himself into the majority culture, then he would go onto to live a more American life and have an easier way to navigate through society.”

This has led Yepa to a life dedicated to working with youth. With a background in museum studies, Yepa covers a majority of educational programming with students during her art sessions. Yet, she says, this doesn’t limit students’ creativity and expression. 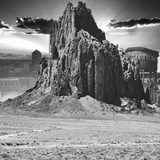 “Today’s generation is very resilient, and I see them wanting to address a lot of Indigenous issues that are happening in their communities and one of the ways they address the issues is through art,” Yepa said. “In current pop culture the Indigenous experience is often non-existent. If there is any perception of what an Indigenous person is, it’s often negative or a stereotype, and youth I work with are trying to change those narratives.”

Yepa said her students use different mediums to express themselves including, poetry, photography, film and printmaking. Art is something that is deeply rooted in Native American culture; a form of life.

“Before colonization, art was just a way of getting through life and utilizing what you had to address a need,” Yepa said. “I create a space for my students to be able to share some of their experiences or memories that all build upon who they are. And those stories are filled with a conflicted understanding, that from my own teachings, are embedded in historical trauma, colonization and assimilation.”

Yepa said the decision to discover more about her history has only helped pave a brighter future, not only for herself, but one for each student she meets along her journey.

“One of the reasons I’ve chosen to work with youth stems from the fact that as a young person, I didn’t grow up knowing a lot about my culture and I know there are youth that feel the exact same way. It made me want to create those connections and learn more about their personal identities,” she said. “Art has been ingrained in our culture for a long time, so why not utilize it as a way to learn more about ourselves.”