At age one-and-a-half, most children are busy taking some wobbly first steps and beginning to form simple words, and that is the extent of their accomplishments. 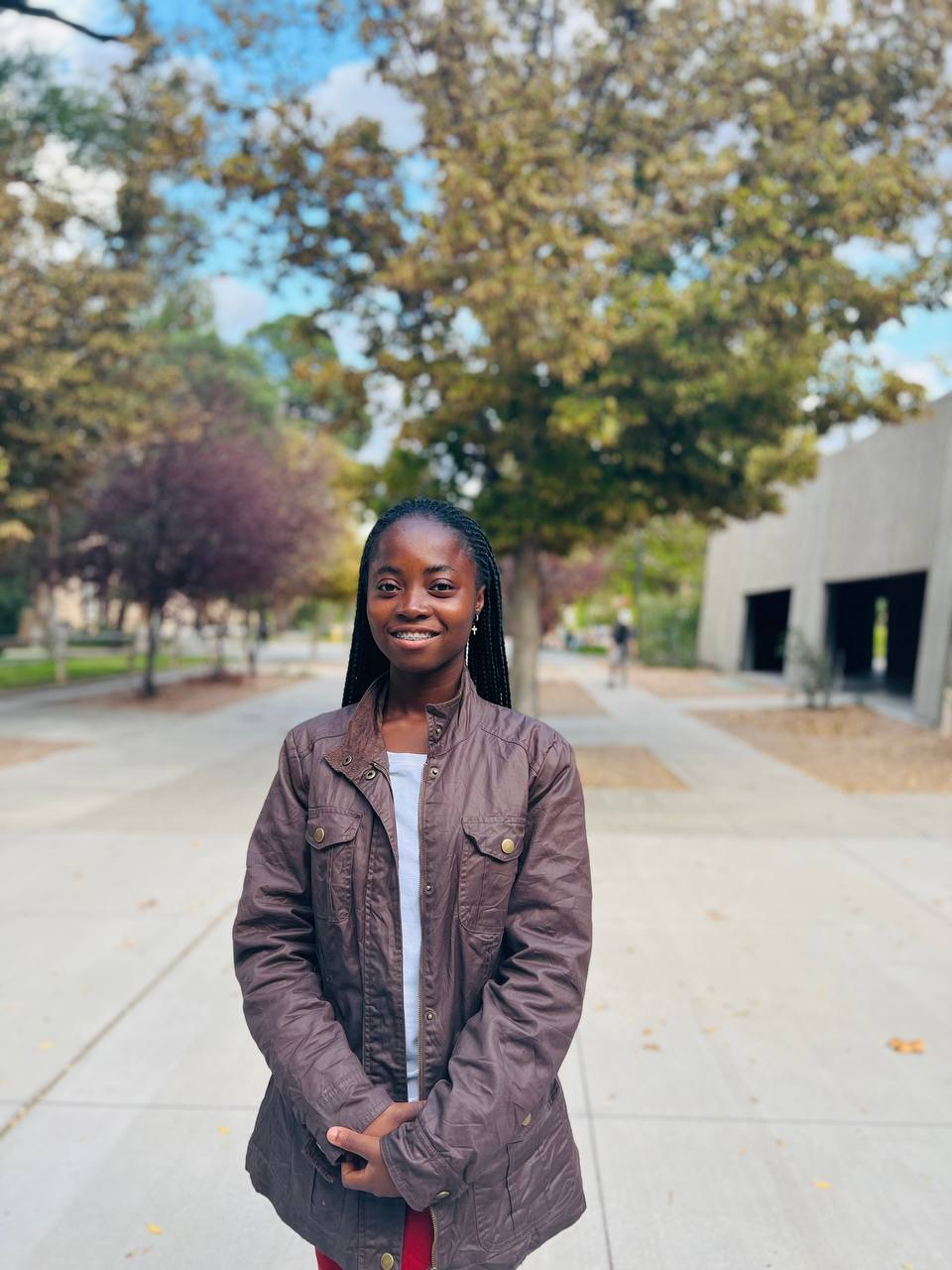 But Ruth Gyan-Darkwa’s timeline has been a little different. The 18-year-old Ph.D. student in The University of New Mexico Department of Electrical and Computer Engineering was already beginning her schooling in her native Ghana around that age.

“I started school at one year, seven months,” she said.

Gyan-Darkwa was nine when she started junior high school, 10 when she entered high school, and 13 when she graduated from high school and entered Kwame Nkrumah University of Science and Technology, the youngest in the school’s history. Thanks to her hard work and ability to learn quickly, she was able to skip some grades and was able to sit for her basic education exam and pass at age nine, allowing her to enter middle school.

She came from an extraordinary family, with eight siblings, mostly homeschooled by their math teacher father, with some public schooling thrown in. All of the siblings are equally accelerated in their schooling, and that has attracted a lot of attention from media in Africa and she already has her own wikipedia page.

“My dad didn’t have the best education, so he wanted to teach us.”

The teenager arrived in the United States in early October (she was supposed to arrive by the time of the start of the semester in August, but she experienced significant delays in acquiring her visa). However, within days of her arrival, she jumped right into graduate work, working with advisor Marek Osinski, professor of electrical and computer engineering.

She was attracted to UNM for graduate school because she has an uncle who is also a Ph.D. student of Osinski (in the Optical Science and Engineering Program), Dominic Bosomtwi. Her research focus is optics and lasers.

So far, the one course she is enrolled in is going well, even though she had some catching up to do coming in halfway through the semester. Gyan-Darkwa is already working at the Center for High Technology Materials and said she is not concerned about the rest of her coursework, but acknowledges that lab and research work can be more intensive. Still, her goal is to finish her Ph.D. by the end of 2025.

With the typical graduate student starting out at least 21 or 22 years of age (and many significantly older), what has driven Gyan-Darkwa to progress through her educational journey at such a quick and dedicated pace?

She said that it was her father’s passion about educating his children, plus a strong religious conviction, that has guided her through her intense schedule and keeps her focused. When she and her siblings were homeschooled, the schedule was rigorous.

Although she sometimes attended public school, she much preferred homeschooling.

“There were a lot of long breaks in public school where we didn’t do anything,” she said. “And at home, I wasn’t afraid to ask questions, so I liked it better.”

After she got the green light to travel to the U.S., Gyan-Darkwa made the journey from Ghana alone, her first time on a big airplane and her first trip to the U.S. Her journey was Ghana to John F. Kennedy International Airport in New York City, then Minneapolis, then Albuquerque.

Even though all of this is a lot for someone of any age, let alone a teenager, Gyan-Darkwa has a lot of support at UNM. In addition to her advisor in her Ph.D. program, she also has support from the School of Engineering advisement team.

Carol Jimerson is the senior academic advisor for the graduate program in the Department of Electrical and Computer Engineering and was part of the team that helped secure her as a student. Although she has not yet met her in person, she is looking forward to working with her in the years to come.

“Hearing about what Ruth accomplished at such a young age was inspirational to me and I wanted to do everything in my power to help her get to UNM,” Jimerson said. “I have had the privilege of getting to know Ruth by corresponding with her via email and have seen firsthand her level of maturity and dedication. I am certain that Ruth will accomplish great things in her research at UNM.”

After recovering from jetlag, she got to work. Although she hasn’t yet tried the local delicacy — red and green chile — she is enjoying the mountains, as well as the occasional rain that Albuquerque receives.

She admits that she works almost constantly and doesn’t have much of a social life, but she needs her seven hours of sleep to function at her consistently high level. And she has acquired at least one pastime, one which she will be able to put to good use in scenic New Mexico.

“I like to take pictures,” she said. “It makes me happy.”

Gyan-Darkwa said she is still learning the city, looking forward to seeing some local sights during the upcoming holiday break, meeting some more people and perhaps obtaining her driver’s license so she can explore without having to take an Uber every time she wants to go somewhere.