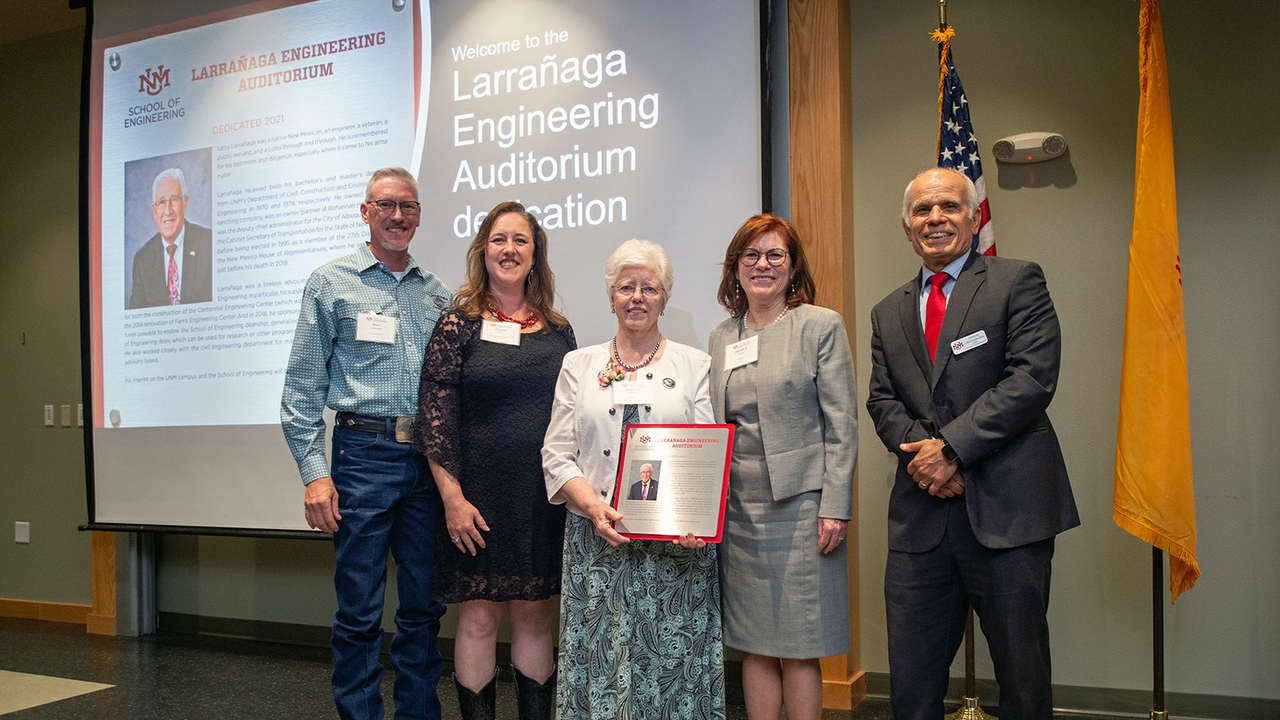 The auditorium of the Centennial Engineering Center at The University of New Mexico now holds a name honoring School of Engineering alumnus and New Mexico state legislator Larry Larrañaga.

The Larrañaga Engineering Auditorium was dedicated at an invitation-only ceremony on July 14. Among those in attendance were current and former state legislators, UNM President Garnett Stokes and members of the Larrañaga family.

“Larry was a longtime friend, supporter and advocate for The University of New Mexico, just as he was a constant champion for education, community, civility and decency — the likes of which we will not see again,” Stokes said. “He embodied not only the very best of Lobo nation, but the very best in all of us. We honor his memory in this special place — a space that is about enlightenment, discussion, understanding, meditation and mediation.”

Christos Christodoulou, Jim and Ellen King Dean of Engineering and Computing, said Larrañaga was a “model of a great legislator for the State of New Mexico.”

“He was always approachable and willing to work with the School, not to make himself look good, but because he knew it would benefit the next generation of students,” Christodoulou said.

Larrañaga earned both bachelor’s and master’s degrees from the UNM Department of Civil, Construction and Environmental Engineering in 1970 and 1979, respectively.

He owned his own ranching company, was an owner/partner at Bohannan Huston Inc., and worked for the City of Albuquerque and the State of New Mexico before being elected in 1995 as a member of the 27th District in the New Mexico House of Representatives, where he served until his just before his death in 2018.

He also worked closely with the civil engineering department for many years, including serving on its advisory board. In 2003, he received the School of Engineering Distinguished Alumni Award, and in 2017, he was the featured speaker at the alumni award event.