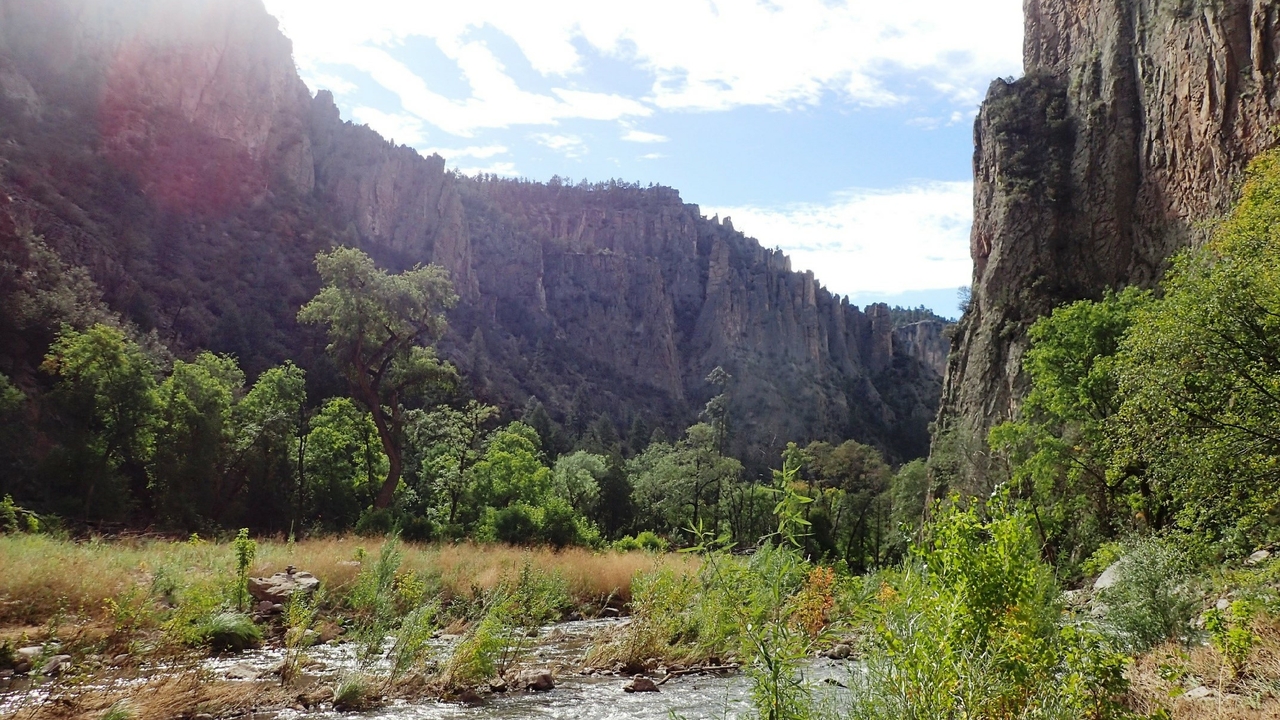 Headwaters of the Colorado and Gunnison Rivers 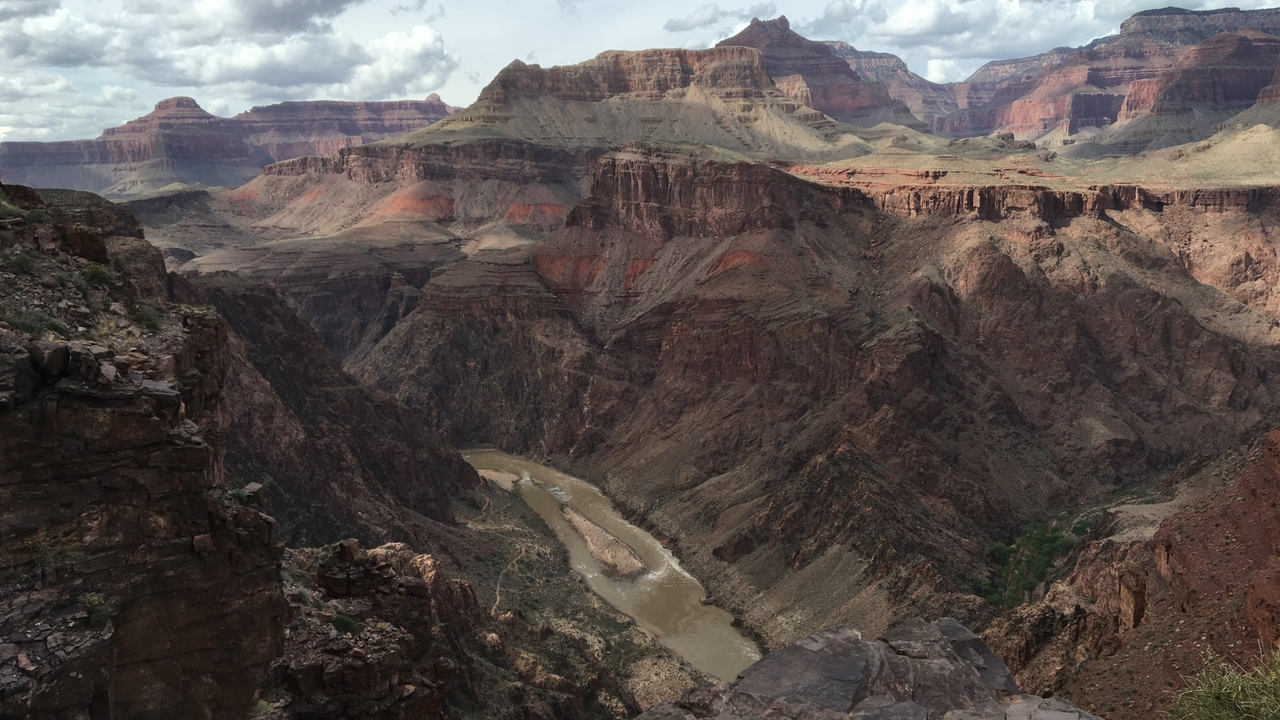 A view of the Grand Canyon with the Great Unconformity visible.
Credit: Alex Demas, USGS 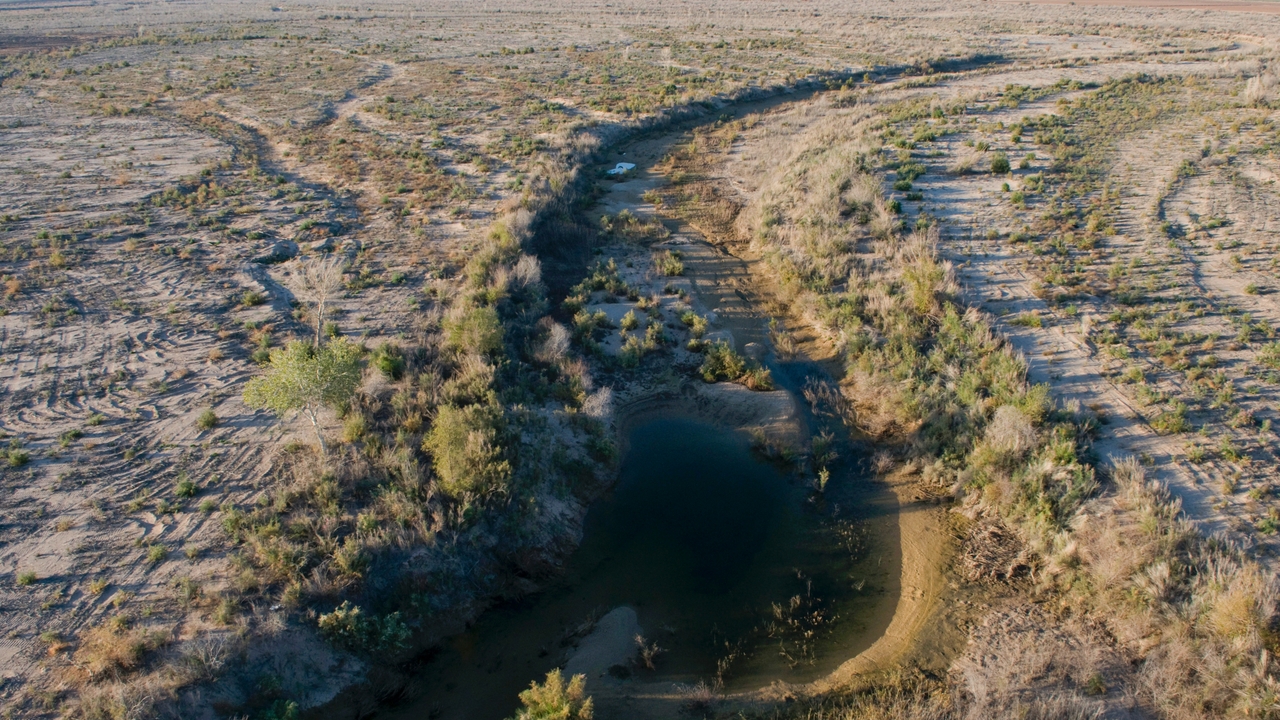 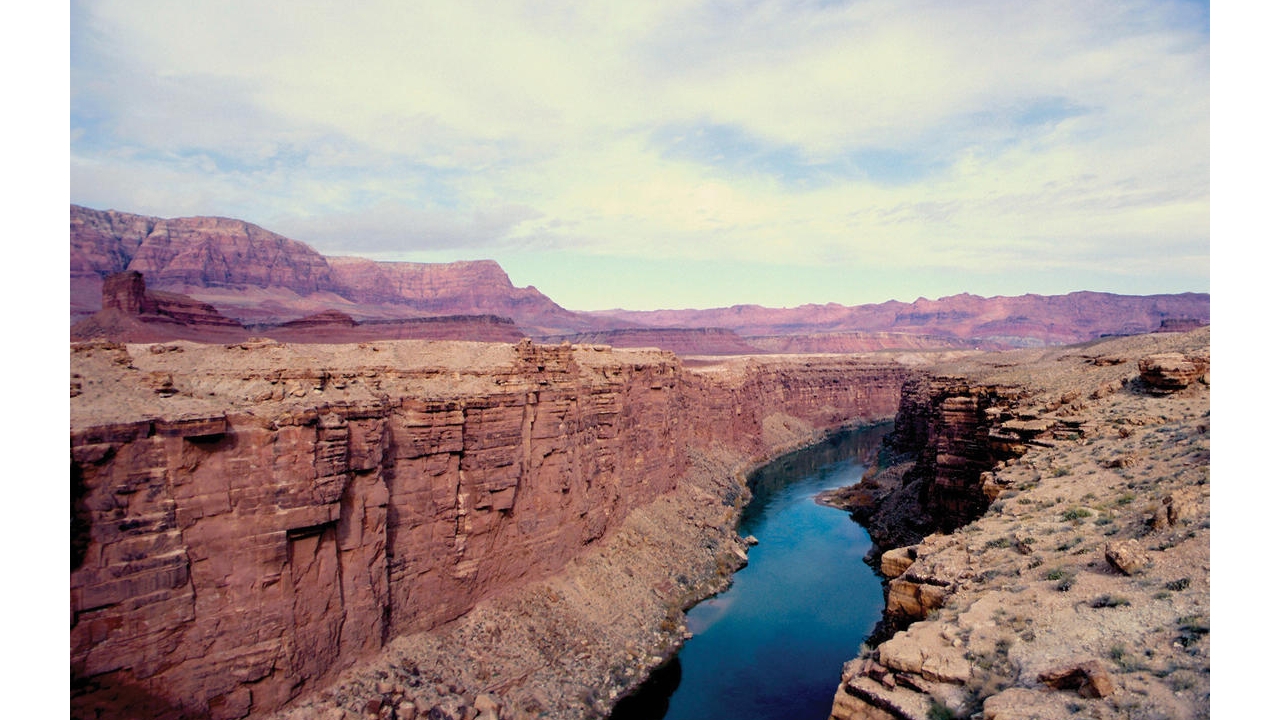 Feds announce historic water cuts: what does this mean?

The U.S. Department of the Interior and the Bureau of Reclamation declared a water shortage in the Colorado River Basin, announcing historic water cuts for portions of the western United States. The damning headlines are startling, but water researchers say they shouldn’t be – this is all part of a water conservation plan nearly two decades in the making. 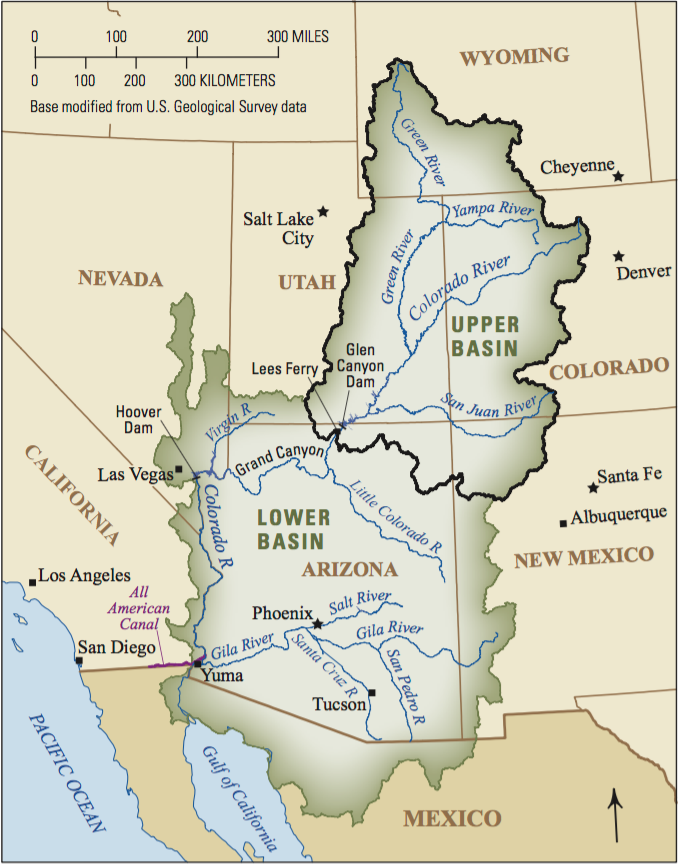 “Shortage is a little bit of a misleading term. We have a plan for the Colorado River Basin that was developed and negotiated among the states about 15 years ago. States agreed that as the reservoir levels drop, we would use less water. What the government announced yesterday was just putting that plan into effect,” explained John Fleck, director of The University of New Mexico’s Water Resource Program. “There’s no surprise here, we expected this to happen eventually – or knew it was a possibility that we needed to be ready for.”

Nevertheless, this is still a significant moment for water conservation efforts. Fleck says lower water levels mean there is still cause for concern – and hope.

“We’re just getting started in learning to live with less water. Because of climate change, the available supply of water keeps shrinking and we expect it to continue to shrink even more,” Fleck said. “But I remain optimistic because human adaptive capacity is really impressive and we’re going to have to call on that. We have to have a positive view of what is possible to save these landscapes and these communities that we love here in the Western United States.”

Below, Fleck answers questions on the federal announcement, who it will impact most, how everyday people can help, and what future steps might look like. Answers are lightly edited for brevity and clarity and are cleared for republication.

The full audio/video of the interview is available for media use and republication, contact Rachel Whitt with questions.

Q: What did we learn from the announcement yesterday?
A: The rules around who gets how much water are really complicated, so everybody had to agree that when Lake Mead reaches a particular level – and Lake Mead is the reservoir that serves Nevada, Arizona, California and Mexico – we’d take less water out of it. What they announced yesterday was putting that plan into effect. It is a plan they made 15 years ago and there’s no surprise here, we expected this to happen eventually.

Folks in the lower Colorado River Basin who depend on this water, especially in Arizona, are ready for this and know what to do. They already know who is going to take shortages. There will be some communities that are harder hit than others; but this is not the apocalypse and the end of the world for any of those communities.

Q: Would you consider this a crisis?
A: I believe it is a crisis in the more Old English meaning of the word – meaning a moment of significant change.

We’ve had an enormous history of success over the last two decades in water conservation and using less water in the Colorado River Basin. We’ve seen enormous success by cities in cutting their water use; and we’ve seen effective adaptation by agricultural users. Farmers are adapting by shifting the crops they grow and changing their water use patterns in response to drought and still being economically successful in selling the crops we need and want.

These two things –municipal and agricultural success– are important because we’re just getting started in learning to live with less water. Because of climate change, the available supply of water keeps shrinking and we expect it to continue to shrink even more. So, these things that we have done well, we must do more of, because we’re not all the way there yet.

Q: Terms like ‘water restrictions’ or ‘water cuts’ are a little startling. How will this impact New Mexico?
A: It shouldn’t be startling. The Federal Government isn’t imposing this on the states. The states want to do this and came up with a plan – now the government is just implementing that plan.

In a sense, New Mexico is constantly dealing with shortages, because our water comes primarily from snowpack in the mountains. So instead of a reservoir like Lake Mead, we have snow in the mountains. We get water through the San Juan-Chama Project, which carries water for our use here in Albuquerque. We only got about a 60 percent allocation this year – nature imposed that shortage, not the government.

Q: Are there particular communities that we should be concerned about?
A: One of the challenges we face is recognizing that we have communities that were left out of the allocation of water and the allocation of money to build water infrastructure in the Western U.S – Tribal and Native American communities. It’s really important to recognize we have a legal and a moral responsibility to make sure those people are not left out as we try to use less water. As we are pursuing solutions, we need remember that there are communities who have been left out and we need to include.

Q: What does the future of these shortages look like?
A: The important thing for New Mexicans is in the long run, because we still need to come up with a set of plans and rules for our portion of the Colorado River Basin. Those rules will govern future shortages as water supplies potentially decrease further because of climate change. Rules on the shortages we’re seeing now were negotiated 15 years ago; and we don’t have a plan yet for the upper Colorado River Basin that serves Colorado, Wyoming, Utah, and New Mexico. There are discussions happening, and they are hard discussions because nobody wants to give up water.

Q: As individuals, what can we do to help?
A: There are three important things we can do:

John Fleck has been studying Western Water since the 1980s, first as a newspaper reporter and then, over the last eight years, as an academic affiliated with the UNM Water Resources Program. He’s a published author, with several books out on the Colorado River: