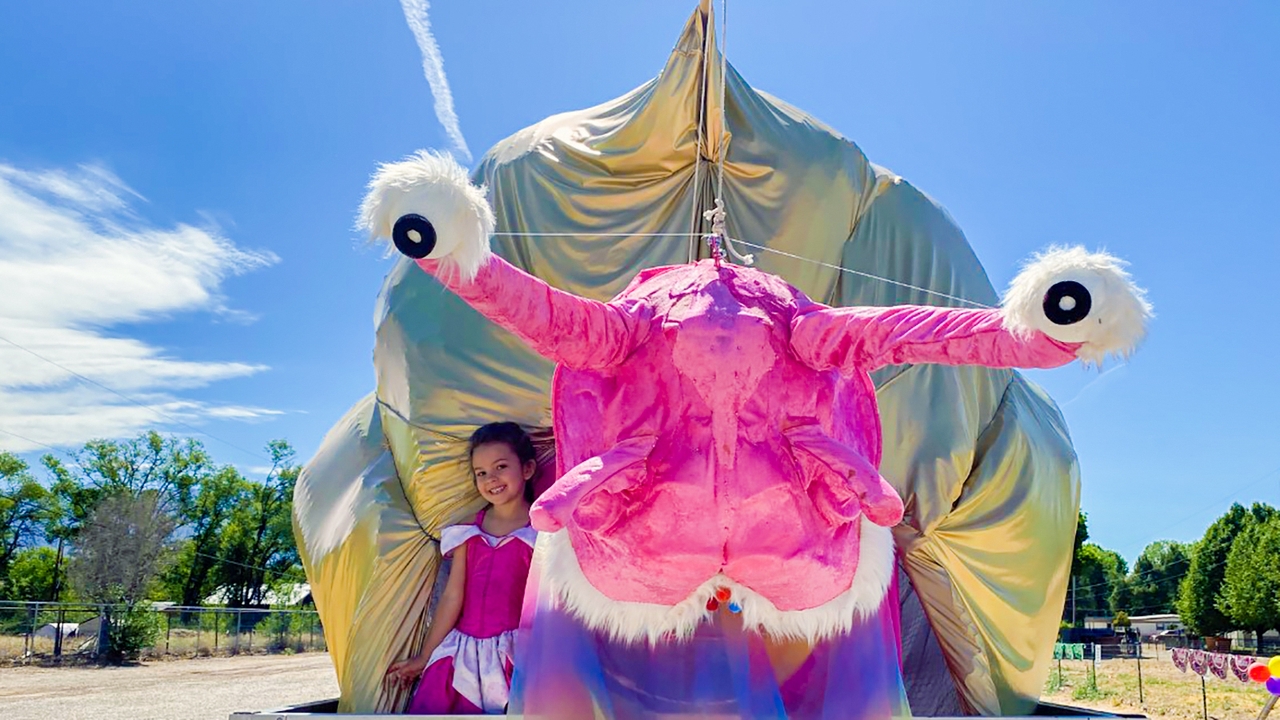 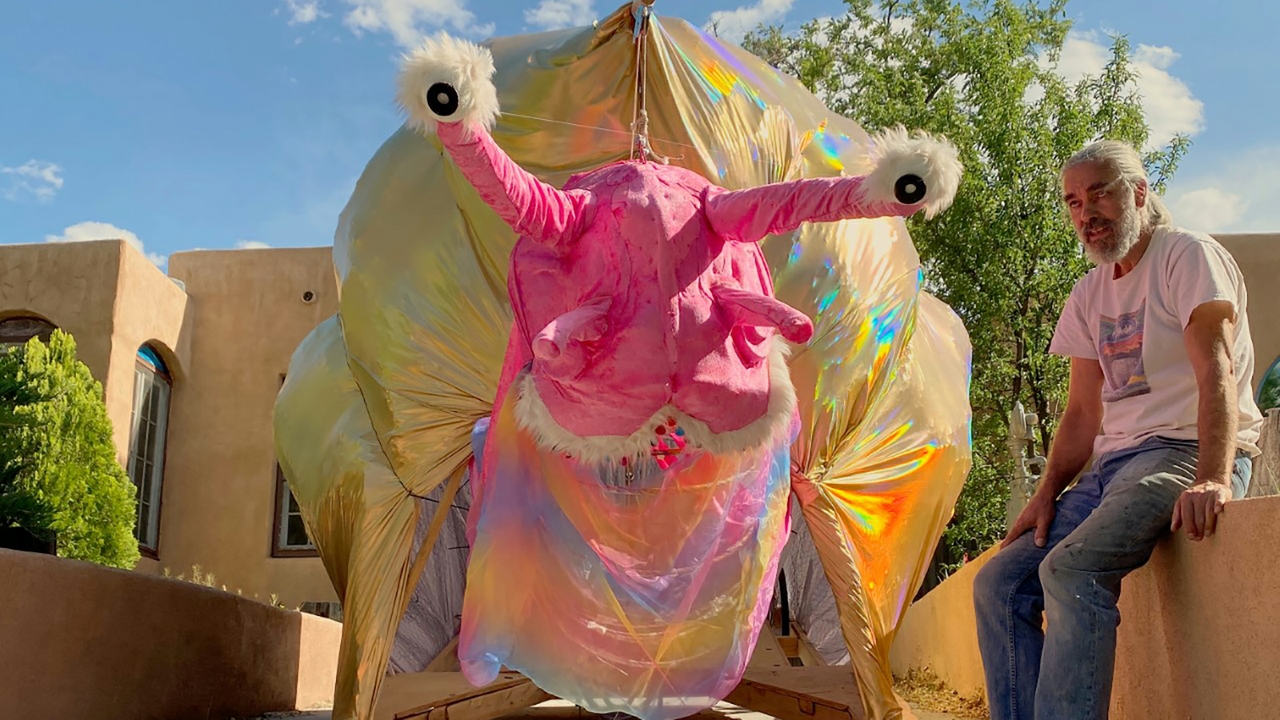 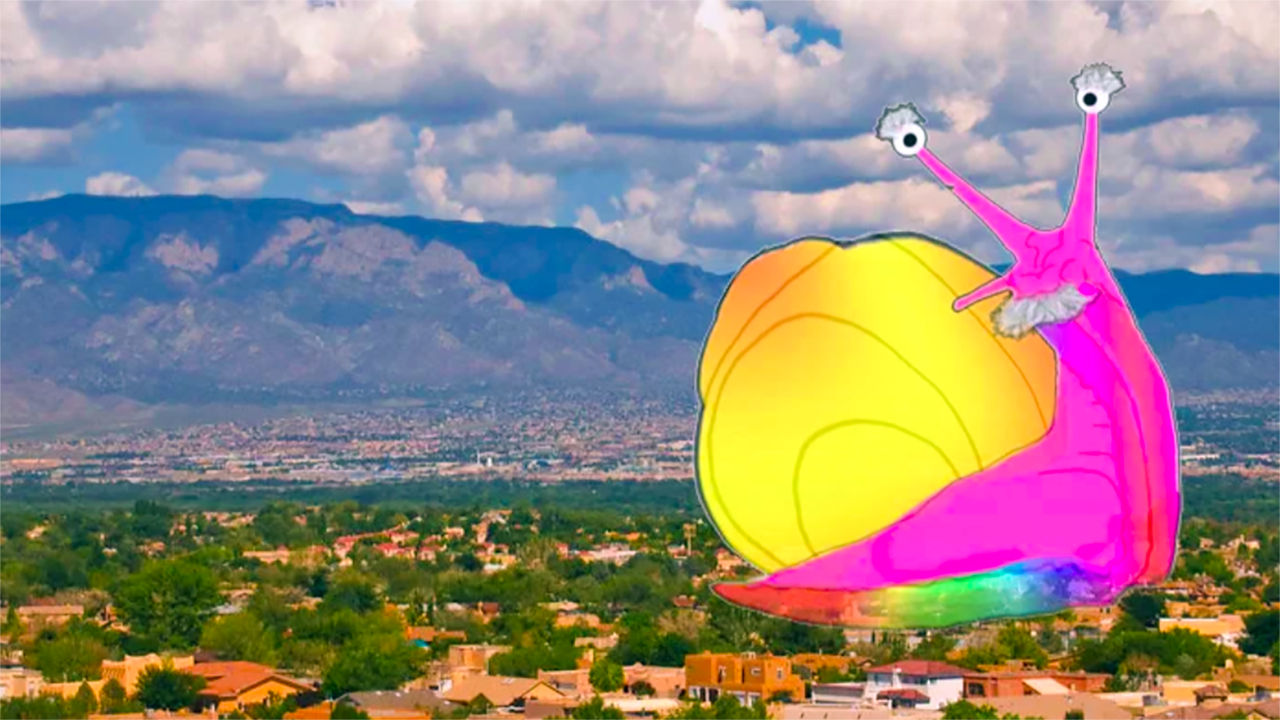 Spreading joy and hope to Albuquerque 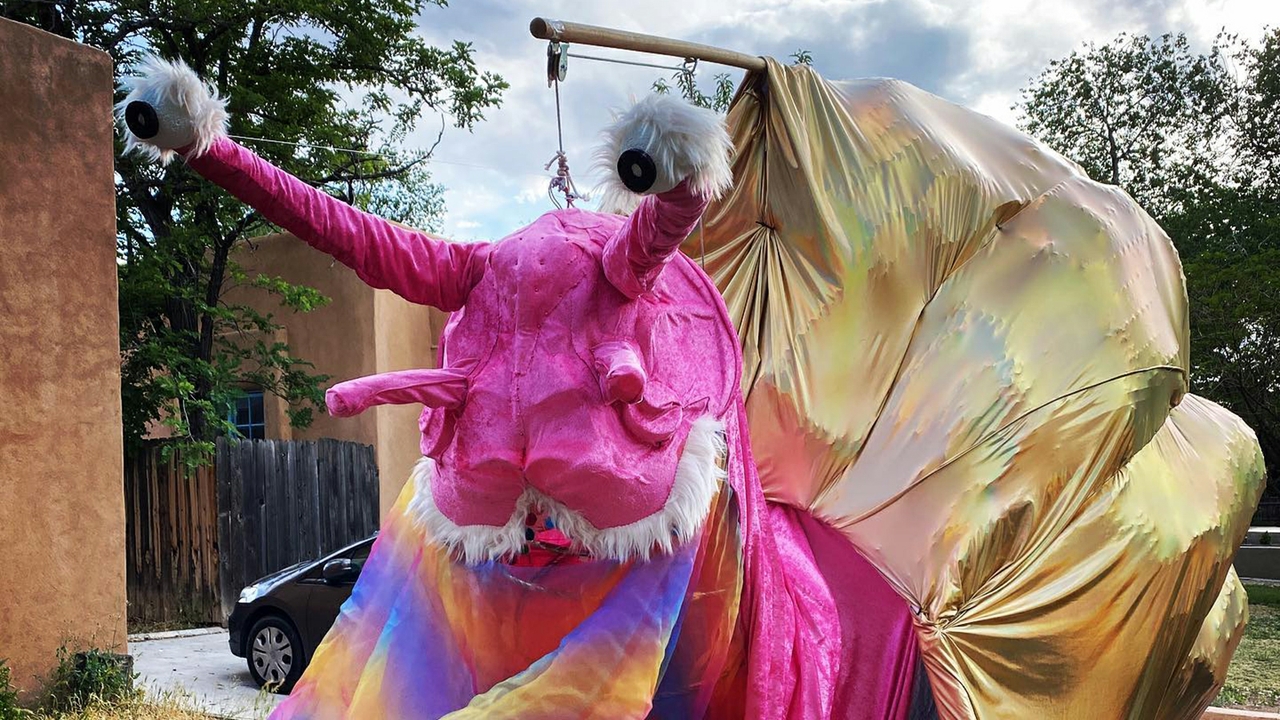 Performative art piece in the making

A massive, colorful snail puppet is sliding through the neighborhoods of Albuquerque, spreading joy and comfort to people of all ages. It’s part of an art project from UNM Fine Arts student Ashleigh Abbott, who is finalist in the upcoming Biodesign Challenge (BDC) Summit later this month.

“I feel that the snail brings good feelings wherever it goes and I hope that it can be a mascot of creative coping for our community.” – Ashleigh Abbott, artist and UNM student

Brillo the Giant Snail, named by Abbott’s daughters, is a giant golden snail puppet. He is a performative art piece meant to bring joy to people of all ages. The piece was inspired by a movement in Italy at the start of the COVID-19 pandemic – people put colorful rainbows messages of hope in the windows so passersby could enjoy social interaction while maintaining a safe and healthy distance. It didn’t take long for rainbows to start popping up in windows around the world.

“I'm hoping Brillo brings a sense of excitement and delight to people who see him,” Abbott explained. “So far, I've seen both kids and adults have incredible reactions. I feel that the snail brings good feelings wherever it goes and I hope that it can be a mascot of creative coping for our community.” 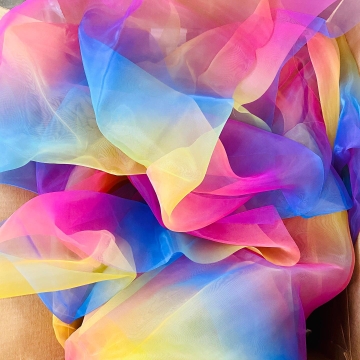 The colorful fabric that makes up Brillo's skirt

Soon, those good feelings will be spreading around the world. Abbott will represent UNM at the virtual BDC Summit June 15-19. The Summit is a student competition that partners students with biologists, artists and designers to envision, create, and critique emerging biotechnology. Abbott will compete against 44 other teams from twelve countries around the world.

“It feels great to represent UNM at the Bio Design Challenge,” she said. “I look forward to reaching a larger audience and have more people to visit and more hope to bring. COVID-19 restrictions have lifted but there are still many families impacted by the changes that have already come to be.”

Abbott became involved in the competition by taking a cross-listed course related to Bio Art and Design, taught by Andrea Polli (art and ecology) and Amy Pilling (art history). Throughout the semester, students explored ways of bridging art, design and biology and interviewed experts from academia, industry, and the arts to develop their projects.

“A few years ago, we were invited to offer a course in conjunction with the international Bio Hack Academy based in Amsterdam, a 10-week boot camp in tools and techniques of Bio Art and Design,” explained Polli. “UNM students and faculty participated in the BHA all 6 years it had been offered, and through that, we learned of the Biodesign Challenge and applied to be a part of it.”

Polli says UNM also participated last year, sending a team of five students to New York City to compete. The project that the group presented addressed biologically based social aggression, and was very well-received. Although the team did not receive a prize, they were invited and presented their work in an exhibition at the MIT Media Lab.

“Even if students plan to stay in New Mexico after graduation, they can benefit from professional opportunities around the world,” Polli concluded.

This year’s virtual Summit will feature student project videos and live Q & A’s between the team and Summit judging panel, which consists of over 50 leading entrepreneurs, curators, artists, designers and scientists. Teams will compete for awards including the grand prize, the Glass Microbe, which is passed down each year from team to team.