This week on New Mexico in Focus, the Line Opinion Panel weighs in on a new survey that shows 70% of Albuquerque citizens are unhappy with the city’s response to homelessness. The panel also talks through the historic ruling earlier this week that removes Couy Griffin from his position as Otero County Commissioner, and bars him from holding future public office.

Plus, our panelists react to data from a new investigation that shows New Mexico has used its red flag law just eight times since 2020, a time period when 600 New Mexicans died from gun violence. 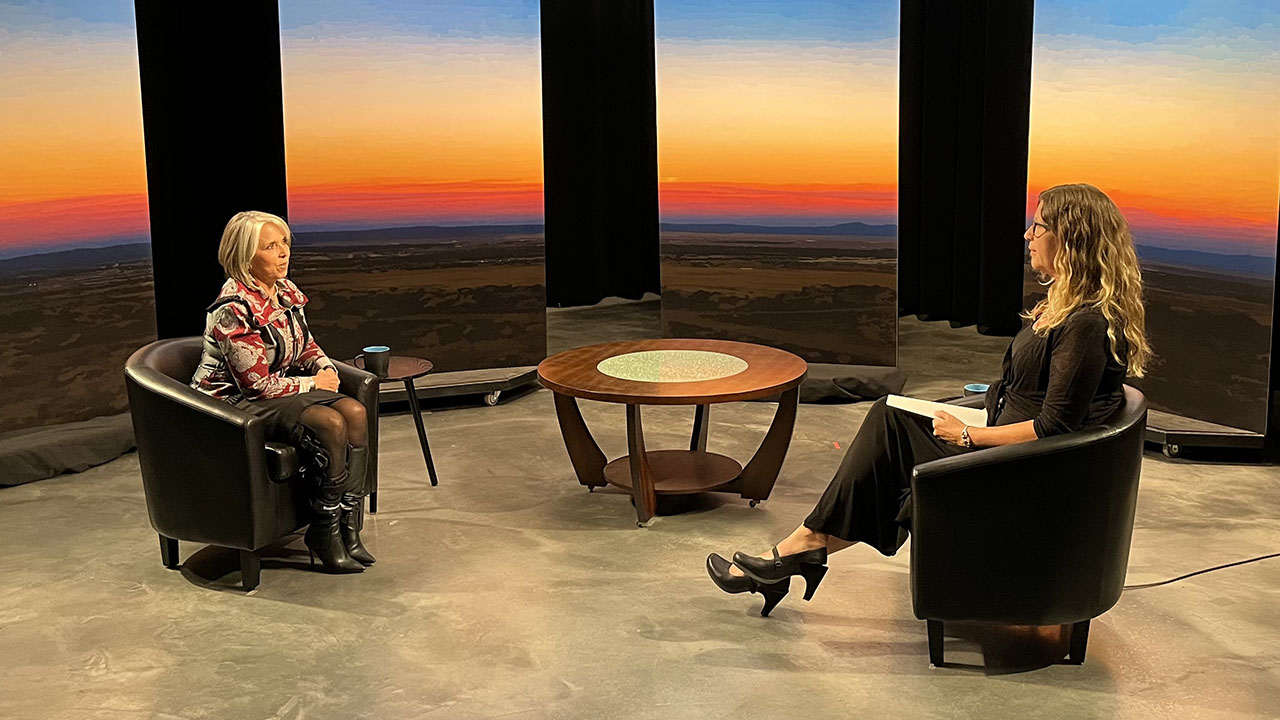 Our Land Senior Producer Laura Paskus sits down with Governor Michelle Lujan Grisham for an exclusive interview covering the critical environmental concerns impacting New Mexico. The Governor responds to the plan to store the country’s spent nuclear waste here in New Mexico, and she gives some clarity on the state’s long-term plan for water.

Gene Grant speaks with two leaders at an Albuquerque nonprofit, dedicated to giving unhoused people life-saving resources. The representatives from the New Mexico Harm Reduction Collaborative share their perspectives on the root causes of homelessness and the recent debate around homeless encampments.