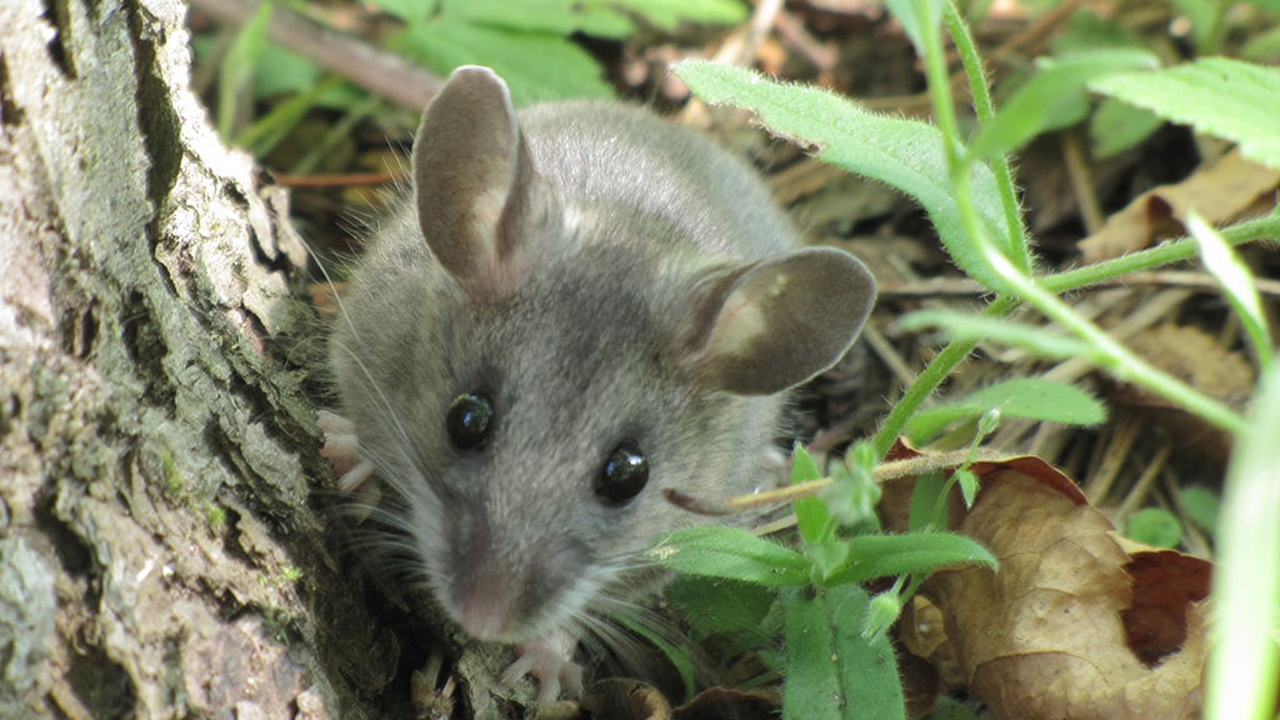 in the Four Corner’s region in 1993 saw 13 deaths. The biodiversity collections of UNM’s Museum of Southwestern Biology have played a lead role in efforts to integrate museum specimens, such as the deer mouse, into emerging disease responses.
Credit: Wikimedia Commons 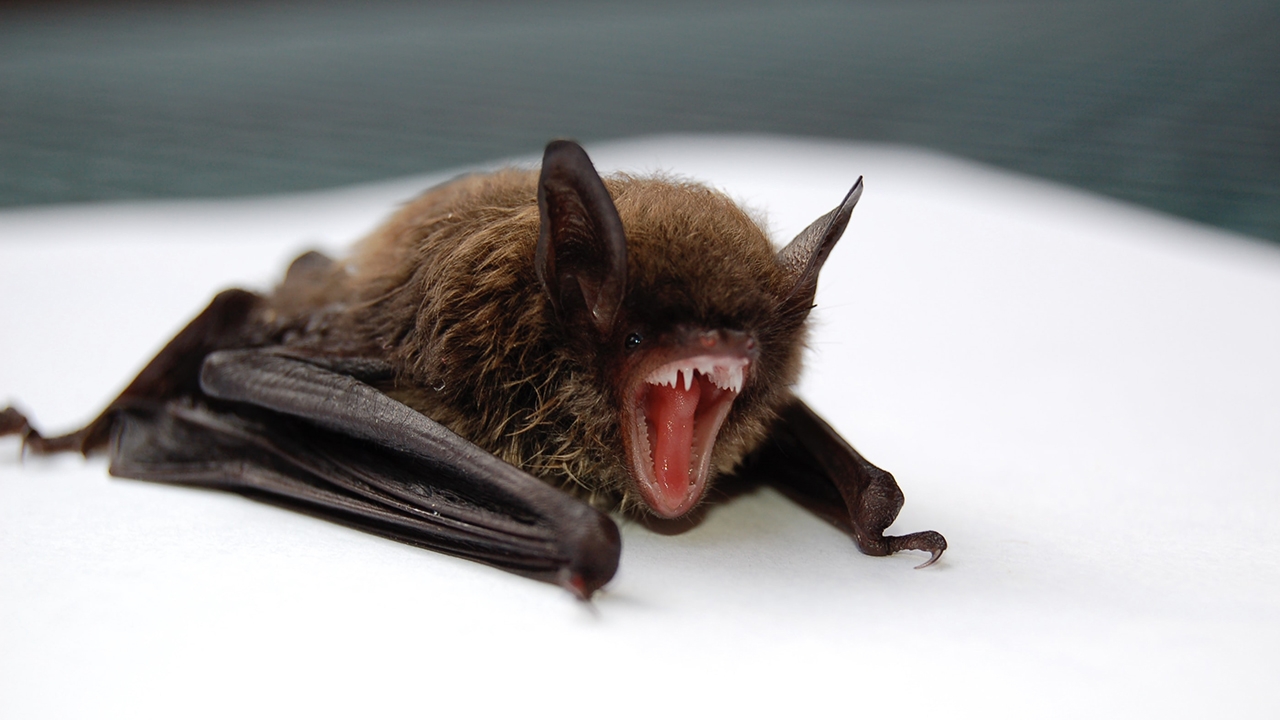 could play a key role in the next pandemic.

The 21st century has already seen multiple major new disease outbreaks, from SARS and MERS to Ebola and Zika, culminating in the current COVID-19 pandemic. The global human suffering, economic damage, and social disruption the global population is currently experiencing from the COVID-19 pandemic stem from inadequate preparedness and ineffective response to emerging pathogens.

Now, in a new paper titled, Integrating Biodiversity Infrastructure into Pathogen Discovery and Mitigation of Emerging Infectious Diseases, scientists advocate for increased infrastructure and the importance of aligning pathobiology with biodiversity discovery initiatives and how it could potentially mitigate infectious diseases.

“This research is useful because too often we are forced to be reactive to new pathogens, the firetruck approach, rather than mapping these microbes ahead of time, predicting their potential emergence, and then mitigating the circumstances that would allow the emergence of pandemics,” said University of New Mexico Department of Biology Regents’ Professor Joseph Cook. “Sadly, we still have limited documentation of the biodiversity on the planet, leaving us without a roadmap to help identify the next pandemic. With an extensive sampling of diversity across species, time and space, we can provide public health officials with a much more informed framework for efficient and effective management of pathogens.”

Building closer connections between natural history archives and pathobiology are key to leveraging biodiversity science for medical research. These communities are only vaguely aware of each other’s resources, despite clear benefits for both basic and clinical research. Scientists outline in the BioScience article several steps that will increase collaboration between biodiversity scientists and disease experts and boost the ability to predict, and possibly forestall the next global pandemic.

“Museum collections, because they provide sampling and data, form a natural nexus that draws together diverse sets of investigations. Because pandemics are complex and require multidisciplinary approaches, collections are critical infrastructure for solving key questions." – UNM Regents’ Professor Joseph Cook

Earth’s biodiversity is connected through a single evolutionary tree of life, and pathogens (whether viruses, bacteria, or eukaryotes) and their hosts represent millions of years of evolutionary interactions. Medical researchers have long used this knowledge to advance understanding of how certain microbes cause disease in humans. For example, because fundamental aspects of malaria parasitism are extremely difficult to study in humans, New World monkeys—particularly, owl monkeys in the genus Aotus—have been important models for studying strains of malaria to develop vaccines, some of which are now in clinical trials.

Taxonomic research based on museum specimens demonstrated that geographically separated species of owl monkeys have varying tolerance to the parasite and that the failure to recognize these taxonomic differences can hamper research. Scientists have only begun to understand how widespread and diverse coronaviruses are in nature, and important gaps in regional and phylogenetic coverage persist.

That’s where natural history collections can help including The University of New Mexico’s Museum of Southwestern Biology. These collections estimated to contain more than 3 billion specimens globally, provide a powerful roadmap of the distribution of Earth’s biodiversity over space and time. Much of this information is now available via open access databases, and many museums also house repositories of tissue samples from animal specimens and their associated parasites and pathogens. These are underused resources in the discovery of new pathogens and the development of mitigation plans for disease.

The ongoing encroachment by humans into natural ecosystems will continue to promote contact with potential pathogens. Absent global cooperation to restrict further habitat degradation and eliminate illegal wildlife trade, new approaches to gather, share and interpret data and knowledge for deployment in preventing, predicting and responding to future pandemics need to be established. The UNM Museum of Southwestern Biology is already part of the various national and international task forces, such as ViralMuse and COCID19-TAF-Communities Taking Action, informing national policy/protocols for pandemic infrastructure.

“Since the hantavirus outbreak in the Four Corner’s region in 1993 that saw 13 deaths, the biodiversity collections of UNM’s Museum of Southwestern Biology have played a lead role in efforts to integrate museum specimens into emerging disease responses,” said Cook. “In particular, our extensive collections allow us to focus on identifying the pathogens in wildlife that might jump to humans.”

Biodiversity scientists, collections managers, disease ecologists, and microbiologists must converge on common guidelines for sampling, preserving, and archiving samples of both pathogens and hosts to ensure reproducible science and future access to samples studied in a particular context. Scientists suggest five key elements as a framework for research and future resilience.

Best practices must be developed for sample preparation, vouchering of host materials, Metadata requirements must be developed to accompany the physical specimens and samples collected, analyzed, and archived, Infrastructure, both physical and cyber, is required to support both current and future biological materials, whether in natural history collections, living stock collections, or other biorepositories, and maybe the most important element is the adoption and implementation of practices that change how a community conducts its science.

“Museum collections, because they provide sampling and data, form a natural nexus that draws together diverse sets of investigations,” said Cook. “Because pandemics are complex and require multidisciplinary approaches, collections are critical infrastructure for solving key questions such as what was the source of the pathogen, how widely is it distributed, how variable is it, what does it coexist with and so on. We have the option to prepare for the next one.”