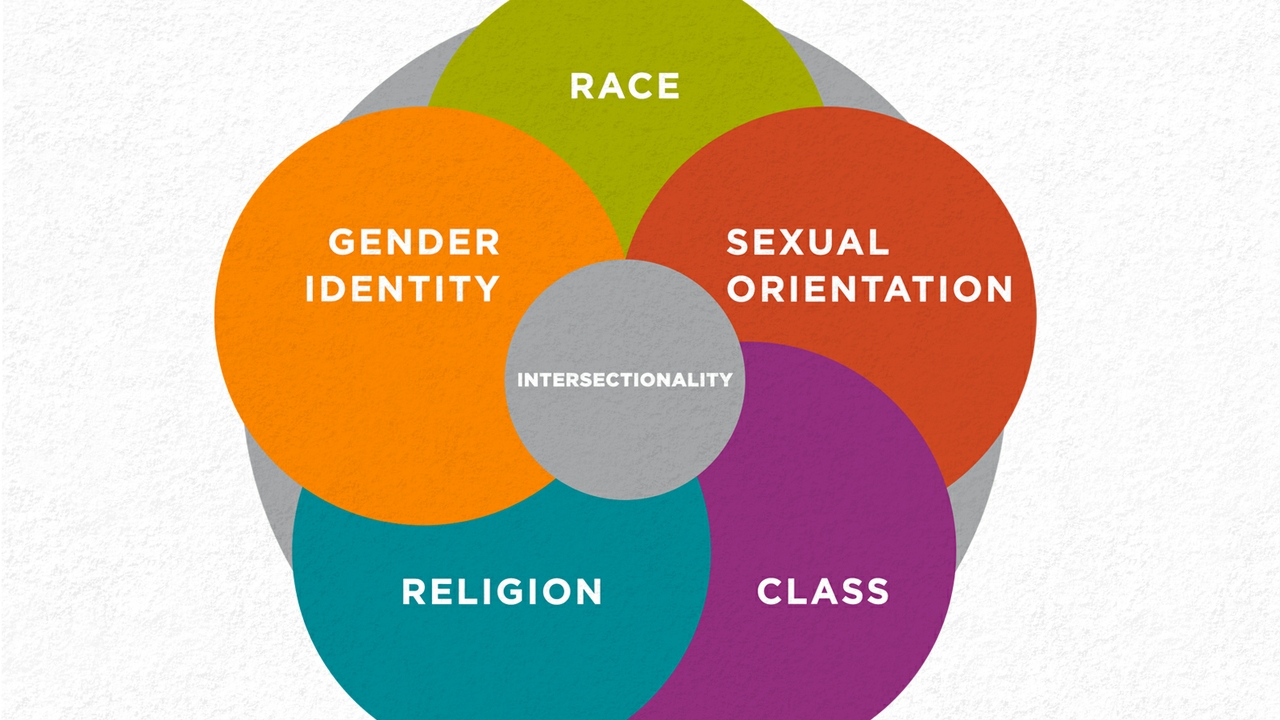 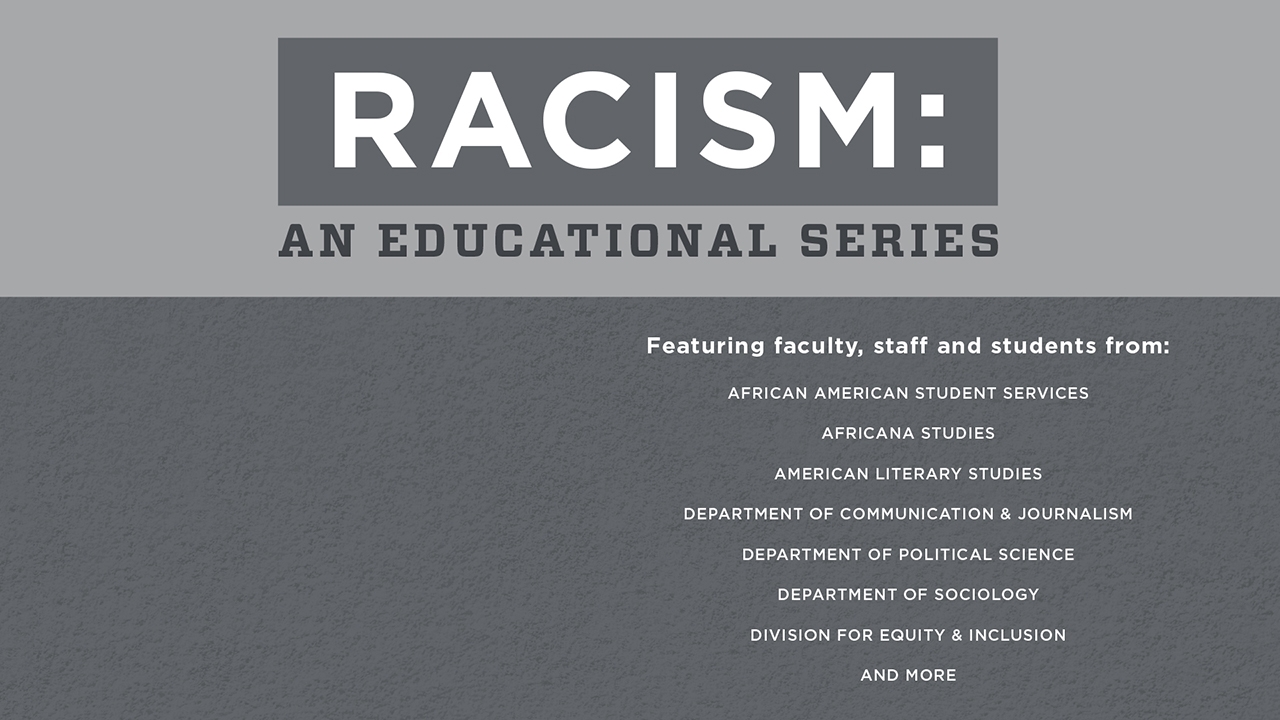 Inequality. Racism. Oppression. Resistance. These are the words penetrating news media across the United States as the country wages war against systemic patterns of disparity.

From peaceful protests to violent clashes, society is slowly breathing life into the thought that there are powerful forces, rooted in history, that are actively suppressing certain members of the population. The pursuit of equity disconnected from race, ethnicity, class and gender is now at the forefront of society, leaving one question in the minds of many: “How can we do better?”

The answer partially lies in understanding invisible, deeply embedded injustices that are common practice in the United States. Research shows there are compounding challenges facing marginalized communities. These hurdles are multifaceted and cannot be distilled down to single data points. This is the basis of complex inequality, a concept being explored at UNM’s Institute for the Study of “Race” and Social Justice. "Race" is intentionally in quotes to underscore its nature as a socially constructed category of social status in particular historical contexts).

The Institute consists of research and academic programs. It’s made up of a consortium of scholars from many colleges, departments and programs at UNM, who started the first race and social justice interdisciplinary graduate and undergraduate certificate in the country. They have been compiling information, assessing data and writing reports on complex inequality for more than a decade. Their findings show that inequities are so deeply embedded in higher education that they have become invisible; like a splinter left in a finger so long that it becomes indiscernible to the naked eye, but still causes pain.

Complex inequality: recognizing the experience of marginality is layered and must be viewed through a lens that captures multiple oppressions and measurements (i.e. race, gender and class) instead of singular data points (i.e. race-alone or class-alone).

Inequality cannot be reduced to numbers

The recent protests against race-gender profiling have largely centered on police brutality and unfair assumptions about people based on the color of their skin. The spark igniting the fire was a video of a man aggressively restrained by police, who ultimately died as a result of the encounter. But this unrest is rooted in decades of disparities towards minorities, particularly Blacks, Latinx, people of color and Native American communities. Those inequalities include measures in the higher education system that attempts to reduce these marginalized populations to formulaic response. 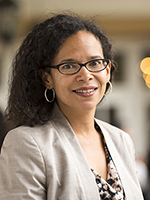 “New Mexico institutions of higher education make the assumption that federal financial aid (PELL status) is a proxy for at-risk youth and can identify students who will have a harder time graduating,” said Nancy López, professor of sociology at UNM and director of the Institute for the Study of “Race” and Social Justice. “The logic is that if we reward institutions that are graduating more PELL status students, then we’re addressing racialized inequities.”

However, López and her colleagues conducted research that shows income is not a substitution for race or gender gaps in education. In fact, in the first empirical intersectional study of complex inequalities in higher education, they found major and statistically significant disparities in graduation rates among marginalized students. These gaps remain unseen in most reporting that relies solely on outcomes assessing class-alone, gender-alone, or race-alone. 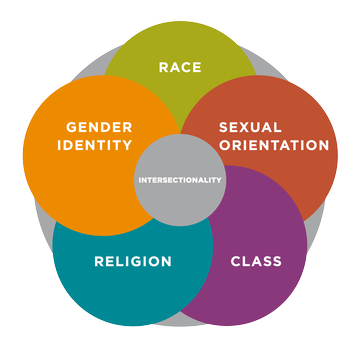 “Intersectionality is a way of understanding and analyzing complexity in the world, in people, and in human experiences. The events and conditions of social and political life and the self can seldom be understood as shaped by one factor. They are shaped by many factors in diverse and mutually influencing ways. When it comes to social inequality, people’s lives and the organization of power in a given society are better understood as being shaped not by a single axis of social division, be it race or gender or class, but by many axes that work together and influence each other.…People use intersectionality as an analytic tool to solve problems that they or others around them face.” –Collins, P. H., and S. Bilge. 2016. Intersectionality. Malden, MA: Polity Press.

People are multifaceted and complex, with varying backgrounds, outlooks, beliefs, cultures and values. Making inferences about lived experiences based singularly on income levels ignores comprehensive dynamics that are woven together to create the fabric of humankind.

The UNM Institute for the
Study of “Race” and Social Justice

Established in Jan. 2009, the Institute’s mission is to promote the establishment of empirical, theoretical and methodological clarity about race. Its researchers draw on cutting-edge thinking from multiple disciplines and diverse empirical traditions. Their goal is to promote clarity about race and the racialization that builds on the insights of multiple disciplines; while developing strategies for ameliorating race-based inequality.

"Race" is placed in quotes to underscore its nature as a socially constructed category of social status in particular historical contexts, rather than as a category that is essential, concrete or fixed.

Although race is neither rooted in biology or genetics nor fixed in time and space, racial inequality persists. It often remains at the root of socioeconomic inequality, health disparities, and other measurements of social stratification in the United States.

The Institute for “Race” and Social Justice is primarily supported through generous contributions of community members.

In higher education, the single-dimension use of income as a predeterminant of graduation likelihood gives a similarly narrow outlook. That’s why López is advocating the use of a critical race intersectional perspective, or looking at the whole picture of a person.

“It is important to understand that even if a group has the same odds of graduating, we should never assume that they have the same lived experiences,” she explained.

For example, her research shows that a Native American low-income man is 45 percent less likely to graduate than a high-income white woman. In comparison, low-income white women were only 14 percent less likely to graduate than high-income white women. These statistics provide a more comprehensive look at race, gender and class, and place students in what López calls a “social location.” A person’s social location is a robust assessment of the inequities they face. It can be used as a framework for understanding how aspects like gender identity, race, class, sexuality, physical appearance and other factors. might combine to result in unique disparities during their journey through higher education.

“We need to include measures of structural disadvantage by examining race, gender, and income as simultaneous social statuses in our analysis of social inequalities,” López said. “We must focus on solutions and ethical accountability.”

Armed with an intersectional perspective, campus communities can begin re-writing how institutions support students coming from marginalized communities. López says the first step is to push beyond compliance-driven reports.

“When we create reports for the federal government looking at equity, we often stop at compliance,” López explained. “Compliance only wants us to report graduation rates just by race or just by gender or just by income. We need to not just look at how to meet those compliance standards, but also start asking what other information we need in order to address complex inequalities.”

On more personal levels, López urges the campus community to look at their own social spheres and ask the question: What complex inequalities are happening here that we need to make visible?

“Ask yourself, what are two or three things I can do to make sure we are not ignoring these complex inequalities, but creating a convergent space for others who are also interested and passionate about working on these issues.”

“A critical race intersectionality is essential,” López concluded. “And it’s changing the conversation, policy and practice of institutions, policymakers and community-based organizations in the United States and abroad.”

Note from the author:
As a middle-class white woman, writing an article of this nature is enlightening, humbling and devastating. I can do my best to describe these actions that are causing deep wounds in society, but will never fully understand the pain our marginalized communities face every day. My thanks to Dr. Nancy López for her patience in explaining these concepts, sharing her lived experiences, and helping guide me to a better understanding of the invisible fractures crippling our desire for equality.