Ackerman is a professor at the Institute of Legal Research, National Autonomous University of Mexico (UNAM). He is an expert on the topics of democracy, elections, rule of law, transparency, accountability, independent agencies and citizen participation. He has been a consultant with numerous organizations including USAID, UNDP, Global Integrity and more.

Meyer is a professor and columnist in leading national and local newspapers. He has authored several books, including several on the history of political relations between Mexico and the United States, and England and Spain. He has received awards from the Mexican Academy of Science, the National Press Award and the National Prize of Sciences and Arts.

The event is free and open to the public. A reception follows. 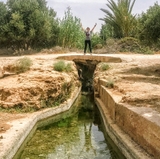