This week on New Mexico in Focus, The Line opinion panel zeroes in on the bills being signed (and not) by Gov. Michelle Lujan Grisham. Friday marks the deadline for the governor to approve legislation. Anything not signed, vetoed, or singled out for a line-item veto is automatically vetoed after that. The governor put her name to numerous significant bills, and the group discusses what they mean for New Mexico in the coming months and years.

NMiF looks at the state’s vaccination plans and its rollout. All New Mexicans over age 16 are now eligible to receive a vaccination, but that doesn’t mean a shot is at the ready. The Line discusses New Mexico’s effort and its political implications. Senior Producer Matt Grubs also talks with Health Secretary Dr. Tracie Collins about what’s ahead as the state tries to vaccinate as many people as possible before COVID variants take hold.

Our Land returns, as correspondent Laura Paskus travels to Elephant Butte Reservoir to chronicle the changing nature of New Mexico’s snowpack and what it means for the Rio Grande, the lifeblood of much of New Mexico. In addition, Paskus interviews the co-creator of a new art installation about the Rio Grande: There Must Be Other Names for the River.

There Must Be Other Names for the River

Register and be ready to get vaccinated for COVID-19 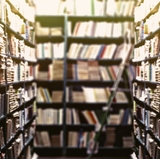