Lobos going to Ireland, and Ireland coming to campus

An interdepartmental faculty group at The University of New Mexico is bringing the rich culture and history of Ireland to campus. They are planning several new events and programs about Ireland for the campus community and the public.

The second annual Mary Power Lecture in Irish Studies is scheduled for Thursday, April 25 and will feature David Emmons, professor emeritus of history at the University of Montana. The event will take place at 7 p.m. in the Frank Waters Room of Zimmerman Library and is free and open to the public. 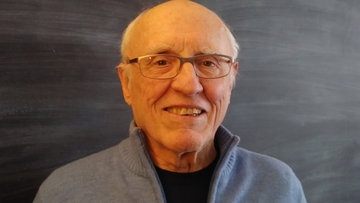 The lecture, titled The ‘Fissiparous’ Irish: Peter Yorke, Garrett McEnerney, and Irish and Irish-American Responses to the First World War, comes from Professor Emmons’s current book project, Fosterland: Irish Catholics in America, 1830-1930. An expert on Irish America and the history of the U.S. west, Emmons has previously published two prize-winning books, The Butte Irish: Class and Ethnicity in an American Mining Town (1989) and Beyond the American Pale: The Irish in the West (2010).

“It’s a real honor to have a historian of Dr. Emmons’s caliber at UNM. His groundbreaking work has had an impact not only on the fields of U.S. ethnic history and the history of immigration, but also on Irish history generally,” said Caleb Richardson, assistant professor of history and co-founder of the Irish Studies program. “He’s changed the way a generation of scholars—both Irish and American—have thought and written about the Irish in the west.”

The lecture honors Professor Emerita of English Mary Power, who taught Irish literature at UNM from 1969 to 2011. She is currently researching Irish detective novels and is an avid supporter of the Irish Studies Program.

In addition to the lecture, the faculty are offering a new alumni travel program to Ireland for the first time this May. During the two-week trip, Lobo Alumni will explore different regions of Ireland while learning about the country through social hours, mini-lectures and recommended readings and viewings curated by the faculty leaders.

“The program invites alumni to relive the excitement of their college days, without the homework,” said Sarah Townsend, Assistant Professor of English and co-founder of the Irish Studies program. “We are excited to take alumni to popular destinations in Ireland as well as to hidden gems off the beaten path.”

By touring medieval castles and monasteries, stunning country estates, remote islands, and bustling port cities, alumni will gain an appreciation for the history, art, music and culture of the Emerald Isle. The faculty also hope that this initiative will foster meaningful connections between study abroad students and UNM alumni.