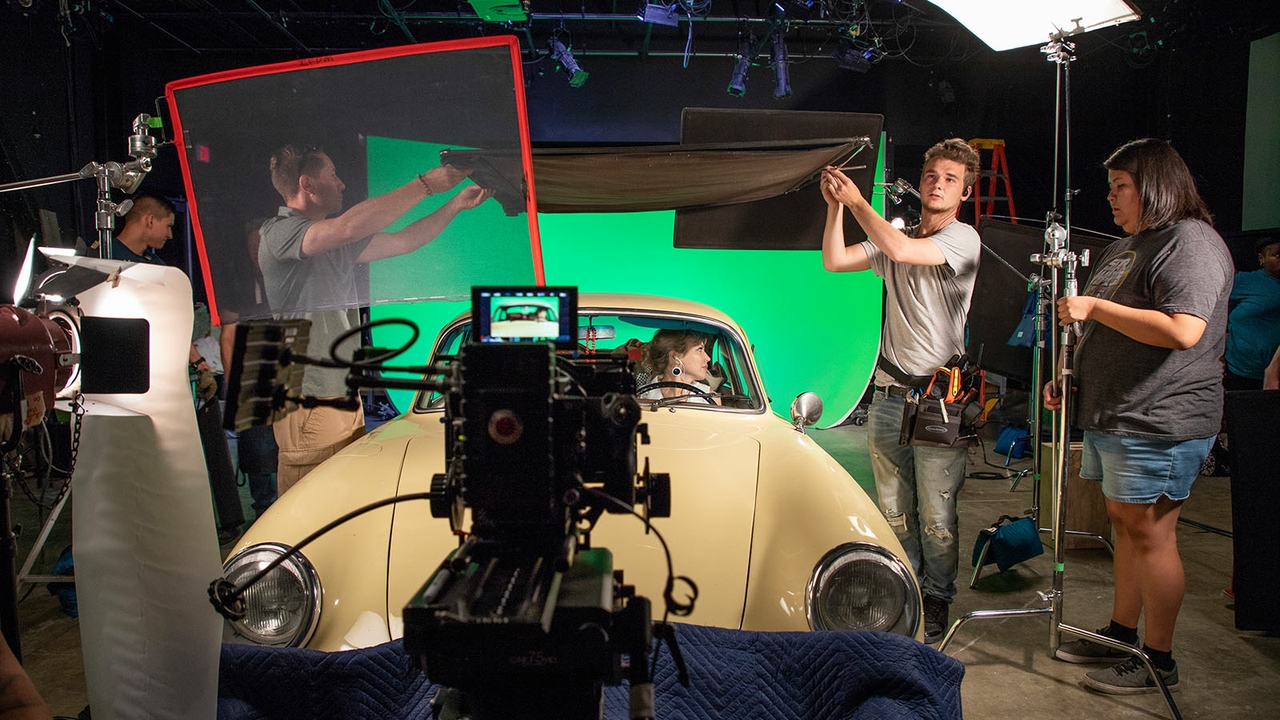 Streaming giant Netflix recently announced a proposed expansion in the City of Albuquerque – opening up countless possibilities for UNM Film and Digital Arts students to get hands-on experience.

The investment will generate approximately 1,000 production jobs in New Mexico over the next decade, according to Netflix, as well as 1,467 construction jobs to complete the expansion. The planned expansion includes the construction of 10 additional stages, post-production facilities, production offices, mills, backlots and training facilities, wardrobe suites, meal and craft support commissioners, and other versatile production support buildings.

In an attempt to expand the crew and talent pool in the state, Netflix is also committed to working with the New Mexico Film Office, local colleges, and labor and business associations to provide training programs for below-the-line roles.

Countless University of New Mexico students and alumni, many from the Film and Digital Arts (F&DA) department, are already working for Netflix.

“Our emphasis on screenwriting, cinematography, producing, and directing prepares students to lead and influence the creative process,” explained James Stone, associate professor and department chair of the F&DA program.

Many students are choosing to study with F&DA because of the opportunity to work on Netflix productions while pursuing their degrees. UNM is a destination university for those who want to learn the craft of filmmaking in a city that is one of the major filmmaking hotspots in the nation.

Albuquerque received a number one ranking as “The best city to live and work as a filmmaker” for the third year running in Moviemaker’s influential list. This is due in no small part to the presence of Netflix.

“Many more students will choose to stay in Albuquerque after graduation because Netflix has brought, not only jobs but a growing network of filmmakers and industry figures to the state,” said Stone.

F&DA students and alumni have worked on a great many Netflix shows and will likely continue to do so. A number of UNM alumni are currently working at Netflix in Los Angeles. UNM will also soon be hosting an event in which F&DA students will interact with the Netflix alumni. This virtual talk will be part of the department’s Mentor Series, celebrating 30 years of the film program at UNM. 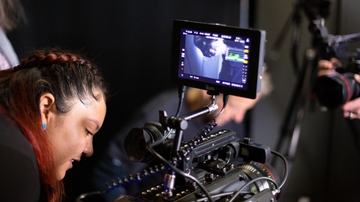 Enrollment in F&DA classes has been consistently growing. Over the last five years, the department has seen an 80 percent increase in majors and pre-majors, from 256 to 461. With the digital media industries adopting New Mexico as a hub and the massive interest this is generating nationwide, Stone predicts this enrollment trend will continue. Film and Digital Arts will continue being an essential element to making UNM a destination university.

The Netflix studio is directly across the street from the Mesa Del Sol facility.

“We consider them a valued neighbor and welcome their expansion,” said Stone.

Netflix’s presence in Albuquerque has a huge impact on perceptions of the city. The way this community is viewed, locally and nationally, has been radically altered due to their arrival.

“Albuquerque is regarded as the center of the state’s burgeoning film industry; a destination for out-of-state-students who want a high-quality, affordable education in the heart of an important film scene; a city with increasing economic opportunities. The studio acts like a magnet for the film industry. Because Netflix is here, other prominent companies are arriving in Albuquerque,” said Stone.

Currently, Netflix has feature films “The Harder They Fall” and “Intrusion” in production in New Mexico and will soon start shooting “Stranger Things” Season 4 in Albuquerque.

“The expansion will bring many new high-tech and production jobs to the region,” he said in a statement. “It allows us to be more nimble in executing our production plans while cementing the status of the region as one of the leading production centers in North America.”

UNM College of Fine Arts Dean Harris Smith plans to collaborate as much as possible with Netflix, building a mutually beneficial relationship.

“We welcome Netflix and others to enjoy our talent pool and sunshine,” Smith said.

As further opportunities arise, they will make sure that students and faculty take full advantage of them.

“We frequently make students aware of Netflix shows and other productions that are hiring crew. We will continue to invite industry professionals to mentor our students,” concluded Stone.