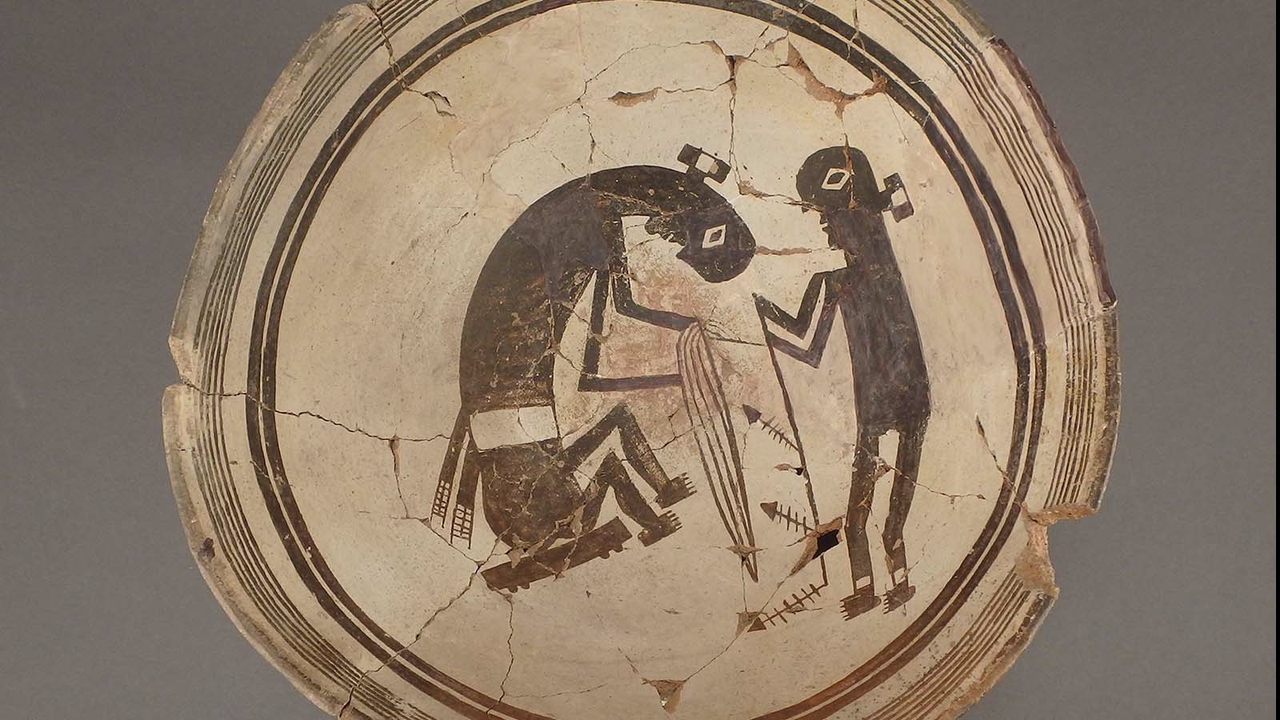 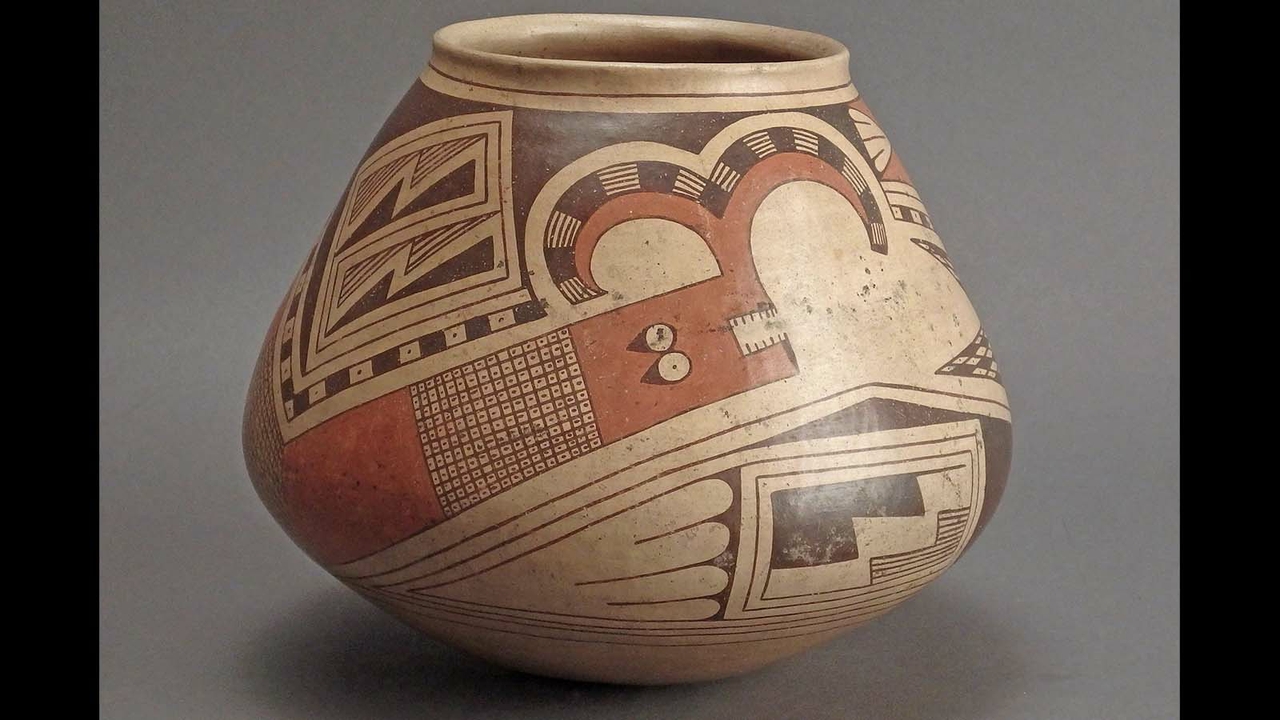 For the past century, Southwestern archaeologists have debated what happened to the Mimbres people of southwestern New Mexico after AD 1150, a group known for their vibrant pottery with its distinctive geometric and animal designs. 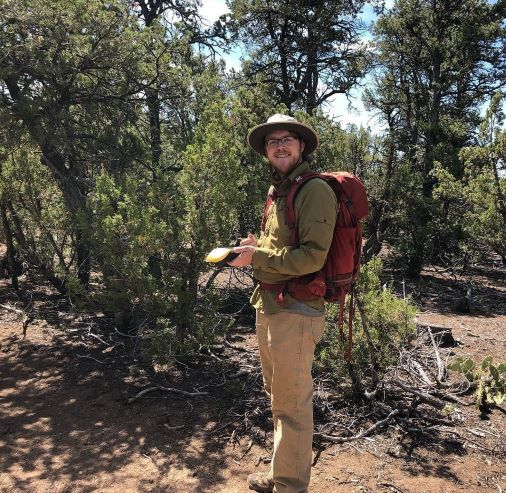 Starting in the 1970s, several archaeologists, particularly after major excavations at Casas Grandes in Chihuahua, Mexico, argued most of the Mimbres emigrated southward into northern Mexico and formed the base population for one of the most complex societies in the ancient Southwest, Paquimé ̶ also known as Casas Grande ̶ a city that housed thousands of people.

Thatcher Seltzer-Rogers, a Ph.D. student in The University of New Mexico Archaeology department, recently published his research on the subject in an article titled Ancestral relations and late prehispanic dynamics between the Mimbres and Casas Grandes cultures of the American Southwest/Mexican Northwest region in the Journal of Anthropological Archaeology.

Archaeologists often argued for, or against, such a migration based on a limited series of data, Seltzer-Rogers contends. Many of these earlier papers lack explicit scientific testing and often resort to a comparison of general similarities between the Mimbres and Casas Grandes cultures.

Seltzer-Rogers explained that the Mimbres people, or what archaeologists refer to the inhabitants of southwestern New Mexico between AD 900 and 1130 based on shared cultural practices like the production of elaborately decorated pottery, were centered in the Mimbres valley, ranging roughly from Silver City to Deming.

“Archaeologists often think of the Mimbres as existing as a single group, yet archaeological data support multiple groups of people living in the same area ̶ we just do not know how different these groups are. In any case, we identify the ancestors of the Mimbres living in southwestern New Mexico around AD 500. However, it is likely the same people lived in the area intermittently for thousands of years before, but we just lack the data,” he continued.

Seltzer-Rogers’ research investigated a wide array of data ̶ including DNA and pottery designs ̶ suggested by previous archaeologists in support of, or against, this migration and framed it within the reasons people migrate and how they migrate. He also used his own dissertation research, which investigates patterns in the International Four Corners, where the states of Arizona, New Mexico, Chihuahua, and Sonora meet, between AD 1200 and 1450.

“I initially thought, given my previous excavations in Chihuahua and familiarity with Mimbres and Casas Grandes pottery, that there would overall be limited evidence for any large-scale migration. My study includes cultural data, such as how Mimbres and Casas Grandes people buried their deceased, how they structured their villages, and the vessel forms and types of decoration found in their pottery, and genetic data such as ancient DNA studies, a comparison of tooth attributes, and isotopic analysis of human remains. In this way, my research is the most rigorous and direct as to which data I used and how I interpreted them,” he said.

This research did not involve invasive excavation or the collection of genetic data, Seltzer-Rogers noted.

“Rather I used existing data published by many authors. In this way, I did not have to disturb archaeological sites or collect DNA data from ancestral Indigenous human remains, something which is highly contentious in North American archaeology. I have extensive experience analyzing Casas Grandes and Mimbres pottery and am currently analyzing several thousand Casas Grandes pots curated by museums and private individuals, meaning I had those data and knowledge to fall back upon.” 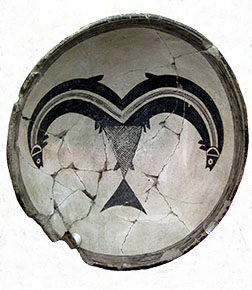 Seltzer-Rogers elaborated on Mimbres pottery: “The Mimbres are the people who produced the beautiful pottery found in most museums in the Southwest and depicted on many murals in Deming. This has also, unfortunately, had the result of widespread destruction of sites in pursuit of these vessels by pothunters. Thankfully, the Maxwell Museum of Anthropology at UNM curates many Mimbres vessels recovered from documented excavations.”

There is clear support that some Mimbres people emigrated down into Chihuahua during 12th and 13th centuries AD but its significance might have been overestimated.

“However, that this movement is part of a much longer tradition of migration across what we now think of as the border and that those who did move to Chihuahua had no greater impact on local cultural practices than those who emigrated to other locations or stayed in southwestern New Mexico,” he asserts.

Previously, archaeologists thought the Mimbres people mostly went southward into Chihuahua and were absorbed into the populations living there, or that they simply died off as the elaborately decorated pottery synonymous with the Mimbres just does not reappear, Seltzer-Rogers remarked. Yet, investigations since the 1990s demonstrate that the Mimbres went many locations: eastward and along the Rio Grande and even farther into the Tularosa Basin, some likely moved north into the area near Reserve or into Arizona near what is now the San Carlos Apache Indian Reservation, others headed south into Chihuahua and northeastern Sonora, and finally many stayed in the Mimbres valley or adjacent areas.

Archaeologists debate why most of the Mimbres migrated.

It was previously thought that the entire Mimbres valley was depopulated around AD 1150, Seltzer-Rogers said, however, more recent investigations show that this is inaccurate. The most common reason archaeologists state for why the Mimbres is that a shift towards a more arid climate resulted in increased social stress and that resulted in the termination of the main religious and figurative aspects archaeologists associate with Mimbres.

“But there seems to be something more complicated that occurred. Although the data are not clear, it seems that a religious schism may have occurred, resulting in people breaking with more obvious long-standing traditions, like the beautifully painted Mimbres bowls, and a choice to ‘vote with their feet.’ This is something anthropologists see historically in several Pueblo communities, that people leave a village or a community when they disagree with the choices of leaders there,” Seltzer-Rogers noted.

The Mimbres people still do exist, he said, or rather their descendants are found among the Pueblos of Zuni, Acoma, and Hopi, as well as likely other Indigenous communities, including those in Mexico.

“However, it is difficult to identify these communities based on the material record. The Mimbres culture thrived millennia ago, so we should certainly expect to see a large amount of change from then to current people. But we know the Mimbres are the ancestors for several groups based on archaeological data and the oral histories that Indigenous communities have selectively and graciously shared with anthropologists.”

This research fits into a larger trend in Southwestern archaeology of viewing migration as a process that occurred on many scales, many of which are too small and too short for archaeologists to view them, Seltzer-Rogers explained.

“By identifying the migrations that we can, however, we provide a more thorough and accurate view of events that the ancestors of many contemporary Indigenous communities participated in. In this way, archaeologists move past the specifics of what artifacts were found where and can instead focus on the actions that resulted in people choosing to stay or leave and choosing where they wanted to go. This research is an important addition to our understanding of events that happened in southwestern New Mexico and northern Chihuahua in the 12th and 13th centuries, yet it also challenges several long-standing but untested ideas regarding population movement and cultural relations across the border. As a result, this research frees future investigations to pursue new, intriguing questions and ideas without remaining constrained by statements of previous archaeologists often meant to simply point out similarities,” he concluded.