Correspondent Russell Contreras talks to Rachel Kleinfeld, a senior fellow at the Carnegie Endowment for International Peace where, according to its website, “she focuses on issues of rule of law, security, and governance in post-conflict countries, fragile states, and states in transition.” Kleinfeld explains how covering conflicted elections in other countries can inform America about defining political differences.

Our Land correspondent Laura Paskus looks back at the impact of the border wall and looks ahead to NMiF’s continuing coverage of pollution in and around New Mexico military installations. NMiF reprises the Our Land episode that aired a year ago, after Paskus visited the border in southern New Mexico to visit where 30-foot-tall steel bollards have been installed and to see the wall’s construction. NMiF producer Matt Grubs talks with Paskus for an update about pollution in the Fort Wingate area, which the military did not disclose to the state during clean-up negotiations.

Gene Grant and The Line opinion panelists look at local impacts of the national election and what the winning ticket of President-elect Joe Biden and Vice President-elect Kamala Harris, will mean for New Mexico. The Line also discusses the COVID-19 spike that is overwhelming the state. Lastly, The Line talks about two new issues in the Albuquerque Police Department: an overtime audit and another excoriating report from an independent monitor.

Our Land: At the Border (repeat)
Correspondent
Laura Paskus 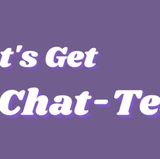 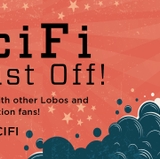