This week on New Mexico in Focus, Producer Sarah Gustavus talks with Sens. Sander Rue and Jeff Steinborn about the transparency bills in this year’s legislative session.

A local cartoonist joins NMIF to talk about political cartoons. In the wake of an uproar over a cartoon published in The Albuquerque Journal’s editorial page, producer Sarah Gustavus asks Ricardo Caté about the role of political cartoonists in debates over important national issues.

Host Gene Grant and the Line Opinion panelists look at the final week of the legislative session. They also examine the 30-day suspension of UNM football coach Bob Davie, and debate the cause of the rising demand for medical marijuana in New Mexico. 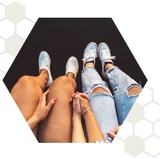